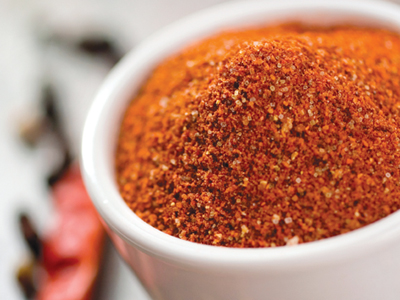 People have been using open flame to cook since time began. Centuries of experience has taught us how to master the flame and how to use the sweet, heady smoke to its full advantage, turning simple grilling into an art form.

And an art form it is. As Chef Jamie Purviance says in his cookbook Real Grilling, “Whether you are talking about the glowing embers of a charcoal grill or the flickering flames of a gas grill, the fire provides you with several options for developing flavours, textures, and aromas. As you get better and better at mastering the fire to suit your needs, your ability will show in the food, and the ancient art of grilling will be more fun than ever before.”

The word “˜barbecue” has also evolved to mean more than a way of cooking; the word itself denotes a social gathering. Like in times of prehistory, gathering around a fire, sharing stories and delighting in the wafting, rich aroma of a succulent meal to come, is a treasured Canadian past time.

History of Barbecue
General consensus among historians is that the term “barbecue” comes from the word “barbacoa” the term the Spanish used upon arriving in the Carribean in the 1500s to describe the natives way of slow cooking meat within a deep pit. Barbacoa actually translates as “sacred fire pit”, and describes the way the natives would put a whole piece of meat (typically a goat) into a deeply dug hole, overtop of a large pot in which to catch the juices. The goat would then be covered with leaves and coal and set on fire, allowing the leaves to smoulder and slowly cook the meat over the course of a few hours.

Brought to Mexico, barbacoa had, by the 19th century, made its way to the American South where it became extremely popular, particularly in Texas, and became known as barbecue.  Because pigs were in huge abundance on ranches, plantations and farms in the South, they became the primary meat. Furthermore, because the nature of barbecue at the time meant a large quantity of meat could be cooked at once, barbecues became a means in which to feed a large gathering. The social aspect of barbecuing began and is still wonderfully wrapped into the modern day definition and meaning of barbecue.
Grilling versus Barbecue
Barbecue experts claim that there is a tremendous difference between “grilling” and “barbecuing”. Grilling is a fast, but tasty, way to cook items quickly. Traditional barbecuing is a much slower way of cooking that uses indirect low heat over an extended period of time and makes use of the fire's smoke to enhance flavour and break down the meat's fibres to create a more succulent, sweet taste. Barbecue elitists will say this latter way of cooking, the “low and slow method” is the only true way to barbecue.

Charcoal versus Gas
While barbecue often refers to a cooking method, it is also the name for the actual cooking apparatus. In that regard, there are two choices: a charcoal barbecue, or a gas barbecue. Each have their own merits and distinctive advantages.

A charcoal barbecue is the iconic kettle drum design, where charcoal or briquettes are placed in the bottom of the drum and the grill sits on top. Charcoal, essentially black lumps of combustible carbon derived from wood logs that have been burned to remove water and resins, burns slowly and evenly and provides a “woodsy” aroma to food. It burns very hot at the start of the fire but quickly loses heat so replenishing is often necessary in order to maintain a steady temperature for the length of the cooking period.

Modern day briquettes, invented by E. G. Kingsford, a relative of famed Henry Ford, are a popular alternative to traditional charcoal. They are made with wood scraps, fillers and coal and while very affordable and burn more steadily, they do lack a bit in terms of aroma. However, when the juices from the meat being cooked fall on the briquettes, it does produce an advantageous smoke that flavours the food.

Gas grills are cleaner and offer much more temperature control, even going as high as 500 degrees which is a perfect searing temperature. While some barbecue purists say that gas grills can't offer the flavourful smokiness a charcoal grill can, others say that the juices falling on the grill produce the same amount of smokiness. Adding wood chips to the bottom of the grill can also enhance the smokiness and flavour tremendously.

Direct and Indirect Heat
The ability to control temperatures is a tremendous benefit of gas barbecues, especially having such control over different areas on a single grill. This combination of using direct and indirect heat yields tremendous results.

A general rule of thumb is to use direct heat on thin foods that need less than 20 minutes grilling time (eg. hamburgers, boneless chicken breasts, sliced vegetables and fish), and indirect heat on larger food items (eg. turkeys, prime rib and pork shoulders). Indirect heat means the fire is off to one side of the grill, and food is cooked over the unlit part.

An example is chicken: grilling bone-in chicken pieces over direct heat for 10 minutes produces a rich, smoky flavour with crispy skin. Then move them to an area of indirect heat so the meat at the centre and near the bone will cook to a juicy, tender doneness.
Smoking
All barbecue aficionados will tell you the best part of barbecuing is the heavenly, smoky aroma and taste that cooking over an open fire delivers. To enhance the smokiness, try using wood chips, such as mesquite or hickory. Soak the chips for at least thirty minutes, shaking off the excess water before placing a handful on the bottom grill.

For those barbecue enthusiasts looking for the great taste of barbecue at home, Oakville restaurant Sweet Smoke is a great destination.

Specializing in Texas-style barbecue (the “low and slow” approach according to owner and Chef Andrew Taylor), the restaurant offers traditional barbecue fare such as ribs, pulled pork and turkey; along with all the traditional sides.
Another secret to good barbecue, according to Taylor, is the rub ““ a mixture of spices, herbs and often sugar. Just as the name implies the mixture is rubbed into the meat before cooking and is used for added flavour. One of his favourites is shared below.

Indeed, what has evolved from simply being a necessity of cooking over an open flame, barbecuing has become a true art form practiced the world over. Marinades, sauces and rubs work magic with the slow, smoky cooking process that produces sweet, succulent, tender morsels meant to be enjoyed in the good company of others.