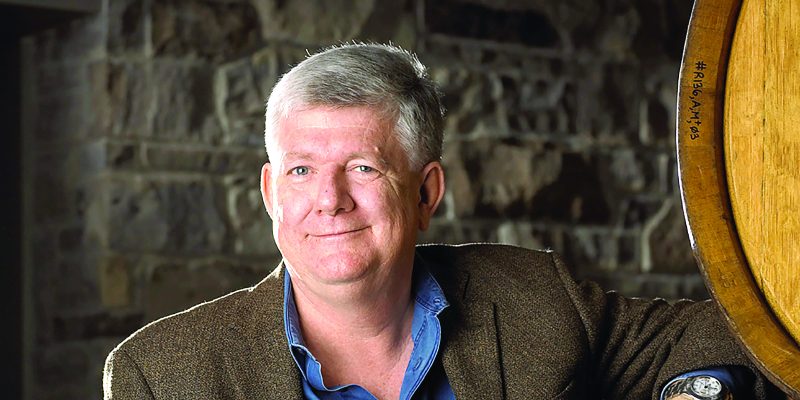 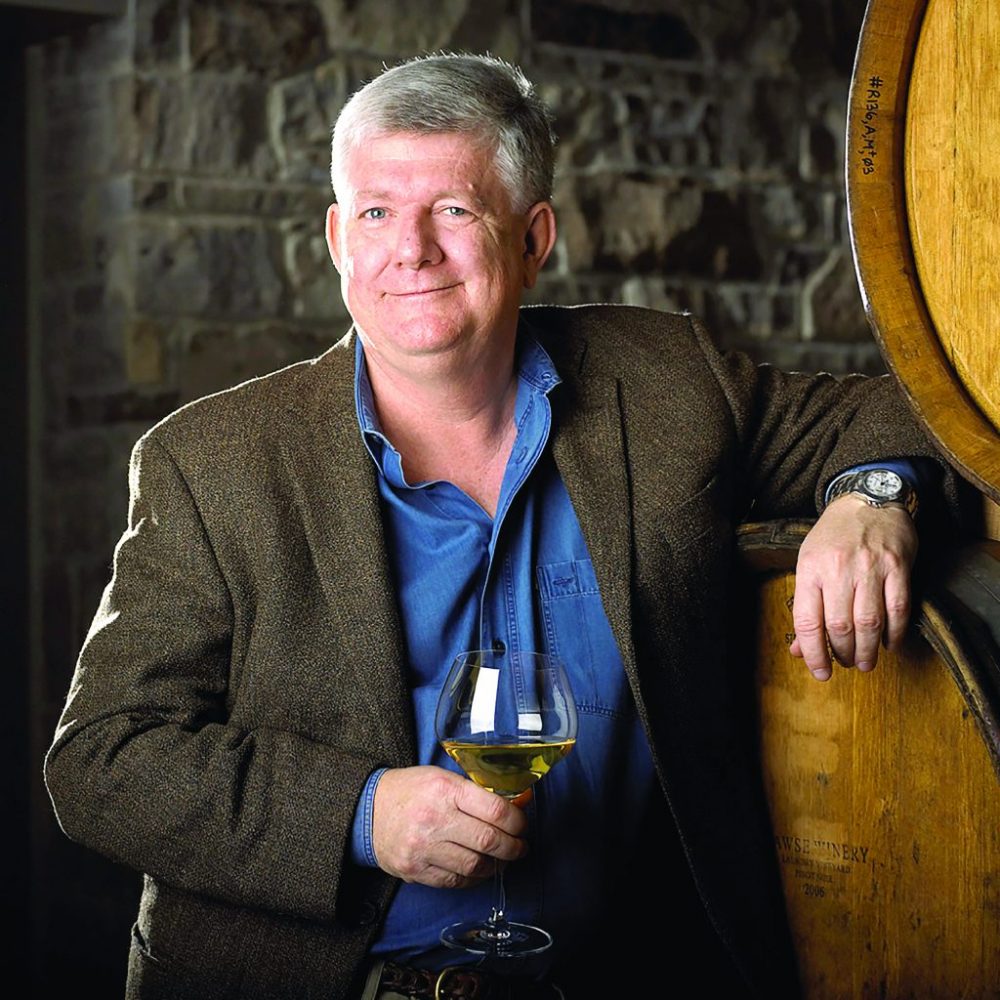 Moray Tawse is a self-proclaimed wine geek, and he’s quite proud of that. Start talking wine with him and there’s no telling how far he’ll go. Tawse is the Executive VP and co-founder of First National Financial Corporation. That’s his day job, making him an interesting man to begin with. But what makes him fascinating is that he’s also the proud owner of three ultra-premium wineries – two located in the Niagara region and one in Burgundy. Yes, that Burgundy.

It’s his love for Burgundy that drove him toward the path of wine proprietor. He launched his Burgundy wine label about a decade ago – a decade after purchasing vineyard property in Niagara. In fact, owning his own Ontario winery (and then a second one) was technically never supposed to happen – at least not before Burgundy.

“My first trip to Burgundy was in 1993 and the 1990 vintages were just coming out,” says Tawse, fondly reminiscing. “I fell in love with the place. I wanted to buy a vineyard there but it was just impossible at the time. So my sights were re-directed towards Ontario, even though my initial instincts were that it wasn’t going to work because I didn’t think that Ontario was capable of producing very good wine at the time.”

Tawse, who has a considerable interest in geology, began commissioning studies on the soils along the Niagara Escarpment and came to realize that they were very much like Burgundy. “Outside of Burgundy, I think Ontario has the best soils for terroir grapes,” he explains. “This was so important to discover because all the flavours and personality of our wines come from our soils.” So in 2000, Tawse took the leap and bought a vineyard, and not just anywhere. It had to be in the Niagara Bench area because of – you guessed it – the soil content. “I wasn’t interested in Niagara-on-the-Lake. The soils are sandy there (well suited for Bordeaux style varietals). I was interested in the limestone soils along the escarpment, perfect for growing pinot noir and chardonnay – the classic Burgundy varietals.”

Finding the right terroir was fundamentally important to Tawse because “it’s the soul of the vineyard and of the wine. The whole idea is to produce wines that represent a very specific terroir, or that sense of place, and do justice by it. When I found out about the soils along the Niagara Escarpment, I knew there was something there. I wanted to make the best wines possible, really bringing out the complexities of our terroir.”

Tawse admits that his wines aren’t for everyone. “Terroir wines are really for wine-lovers who have a palate and can understand the levels and flavour profiles.” Tawse is referencing those “wine geeks” that really know their wine. “Someone who has taken the time to appreciate and understand the difference terroir makes. So maybe that’s two to three per cent of the buying population? I’m chasing those people.”

When discussing his penchant for a quality-driven product and why his prices need to be what they are, Tawse wants people to understand that “it’s not about buying better equipment. It’s about your commitment to the vineyard. I find that the ones who spend a lot on fancy pieces of equipment are also the ones that spend the least amount of time in their vineyard. My wines are priced to recoup the investment I’ve put into each bottle. Farming a conventional vineyard costs about $4,000 per acre, whereas farming a biodynamic vineyard (such as the ones I own) costs $10,000 per acre. I’m also not harvesting five tonnes of fruit per acre; I’m getting between two and three depending on the varietal. So I get fewer grapes and I’m paying a lot more money in farming costs.”

Yet despite those costs, it’s worth it for Tawse, and his community of wine geeks are grateful that he feels that way. “I don’t think we could possibly do anything better than what we’re doing right now. As soon as you start to cut corners, the quality goes down. So we strive to maintain this course we’ve put ourselves on. I think we’re at this stage where we’re just waiting for the vines to get older so that we can really showcase our potential.”

The Tintern Road site is a six acre vineyard that was planted in 2010 atop the Niagara Escarpment. Moray Tawse believes it will one day be the crown jewel of his portfolio, saying “pinot noir vines need to be 30 years old before you really start to see what they’re truly capable of producing in terms of complexity in wine. I think Tintern Road will be our best site in 15 to 20 years. It’s showing some really good potential right now and it’s neck and neck with the pinot coming from our Cherry Avenue Vineyard.” The wine is very aromatic and there’s a lot of depth here. Rich and complex, Tintern will indeed be one to follow. ($44.95)

This single vineyard selection from Tawse’s Burgundy label is made biodynamically. “The energy in the wines that you get from biodynamics is what makes them refreshing and ripe, really separating them from the pack,” explains Tawse. The “Lavières” name comes from “lava” which defines the type of limestone soils within the vineyard block. “I love the Burgundian terroir – the fact that each village is different, giving way to different wines”. This one displays a discreet minerality on the palate, layered with subtle earthiness and a dark fruity core. ($64)

Redstone 2015 Syrah
A gold medal winner at the National Wine Awards in 2018, this syrah is organically and biodynamically farmed and is structured to age well into the mid-20s. It’s beautifully expressive with what Tawse calls “that lively hallmark Ontario acidity.” Says Tawse: “The wines at Redstone have their own identity. They taste different. The hard red clay soils make a difference.  I love northern Rhone wines too. So I am very pleased with our Redstone syrah because it’s so different than anything you’d expect to get from Ontario.” ($39.95)