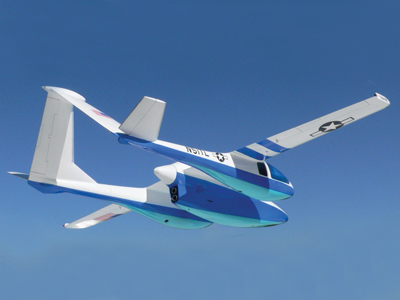 The Triton aircraft concept, set to be unveiled at the 2014 Aviation Summit in Palm Springs this fall, will mark a breakthrough in luxury travel and sightseeing adventures. Developed by Micronautix, Triton will have two separate cockpits on each side of the pilot that will hold three to five passengers allowing unobstructed panoramic views never before experienced in air travel. “You get the feeling of a military jet, but it's a private airplane,” said Marco Parrotto, Principal of Lift Event Management. “It's probably the hottest looking thing that has come out in the last 20 years.” Designed with a focus on the quality of flight experience, the aircraft is safe, quiet and was engineered to be flown over places like the Grand Canyon, Key West, Florida and Lake Tahoe allowing passengers to capture views that could not be seen on a standard aircraft.