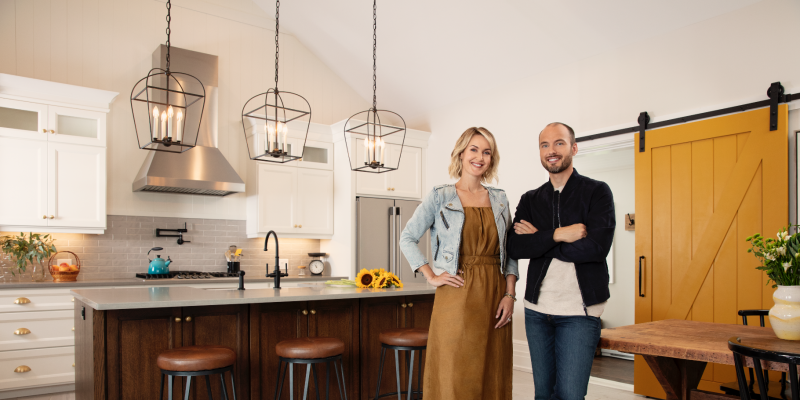 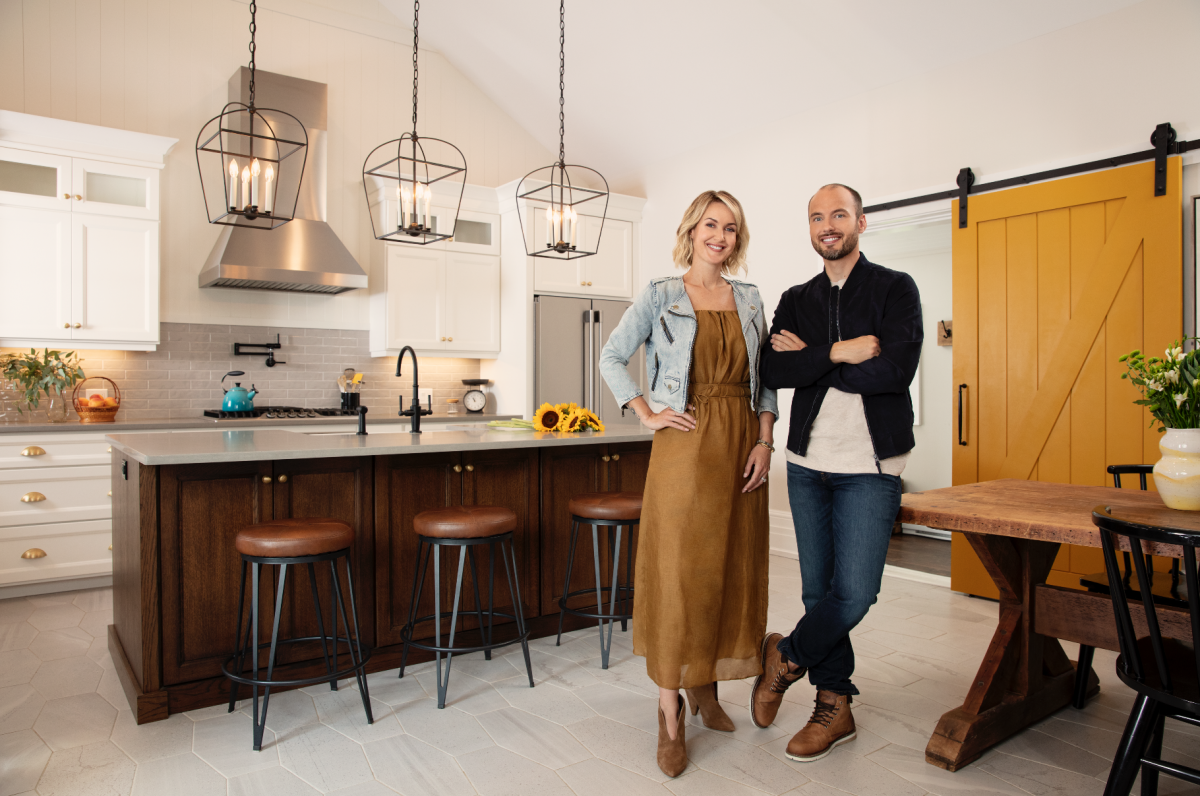 Canadian designer Carolyn Wilbrink had been posting photos of farmhouses on Instagram that she and her brother Billy Pearson had renovated when she received a surprising message. A TV producer in Los Angeles messaged that she loved their work, adding it might be a good fit for a TV series.

“I thought it was totally fake, so I just ignored it,” says Carolyn Wilbrink. “Billy thought it was a scam and wanted nothing to do with it.” It turns out it was real – and after much back and forth, and a three-day filming of a test pilot, the series was purchased by Corus Entertainment. It has since turned into the wildly popular hit Farmhouse Facelift that starts its second season March 15, 2022 on HGTV.

With farmhouses scattered across Ontario – Collingwood, Vineland, Huntsville, King City, Beaverton, Bobcaygeon and Campbellford – Wilbrink and Pearson have racked up some mileage on country roads travelling from one home to another. And, if they had to pick a favourite Facelift project, they’re in agreement: “It’s the Bobcaygeon house. It’s circa 1886 and will be featured in the new season,” says Billy who is a master craftsman and leads the construction and renovation for every home on the show. “It has the most history and all of the original details.”

“Instead of wallpaper, we did a custom stencil on the walls as a really cool design feature,” adds Carolyn. “The homeowner loves antiques and stores them in her barn, so we shopped their barn. It was like going to an antique store.” Incredibly, Billy built the vanity from the home’s reclaimed strip flooring.

Each Farmhouse Facelift is as unique as the family who resides there, notes Carolyn who works with each client to come up with the home’s design concept. “We meet with the family ahead of time to discuss how they use the space every day. I don’t ever try to push my design preferences on anybody. I want them to feel comfortable in their own home. Truly every episode this year is so different. We love to hear from the homeowners about what colours they like, the materials they like, and then we cater to their vision. I think that’s what makes each of our designs so unique.”

As a craftsman, Pearson has a passion for reusing a home’s original materials in unique ways. “I repurpose as much as I can to save money and to honour the history of the home,” he says. “If I remove trim or baseboard, I do it carefully as we want to reuse it. If we take out a joist, we build things out of them like tables.”

Today, Carolyn and her husband Craig (a commercial contractor) live with their four children in a heritage home – the second one for them to live in– out of which they operate their design-build company, CS Design and Co. Their first heritage home was an 1843 American Gothic style farmhouse in Burford, located west of Brantford, Ontario.

“It was a gorgeous home with a centre hall plan and four rooms on the main floor and had original design elements like plaster medallions on the ceilings,” she says. “We gutted the rooms at the back of the house and turned it into this massive 25 by 23-foot kitchen with exposed brick walls.”

While renovating the second floor, the family discovered an unwelcome surprise that’s not atypical for old houses. “The upstairs had this smell like an old chicken coop, and we couldn’t figure out where it was coming from,” says Carolyn. “Then Billy went into the attic and discovered piles of bat poop about three feet high.” With the bats still in the attic, the Wilbrinks had a specialist clean up the mess and humanely remove the bats.

“Finding surprises like this are one hundred per cent common in old houses as there are gaps and cracks and things aren’t airtight like they are today,” says Carolyn.

With Burford an hour’s drive from Burlington where Craig worked as a commercial contractor at the time, and the two eldest children attended school, they decided to look for farmhouses closer to Burlington. Eventually, they found what Carolyn calls the “perfect house” in Lyndon.

“I was really drawn to that house for some reason and felt we had to buy it, so we put in an offer conditional on selling our house.” Unfortunately, three offers on their house fell through and the coveted home was sold to another buyer.

“We were disappointed,” says Carolyn. “About a month later, my son’s teacher called to say that our son had been telling everyone at school we were moving to Lyndon.” When Carolyn asked him why he’d done this, he said he thought the family who bought the home might not move in. Incredibly, three days later, they learned that the Lyndon house did not, in fact, close. This time, they nabbed it.

Although most of us will never experience this kind of connection to a home, deciding on whether to renovate or sell often comes down to how attached we are to our place. It’s a question growing families ask all the time. And, what do the siblings think?

“I get really attached to houses,” admits Billy. “You create family memories there and if you are attached to the house, I would say consider renovating or adding an addition rather than moving.” Carolyn agrees, “If you have outgrown the house and need more space but live on a beautiful property, one hundred percent I would say renovate over moving.”

It’s no surprise that they find agreement on this issue, but are do the brother and sister always agree when it comes to show? Billy chuckles. “We have some arguments and some small fights but those get edited out of the show. We are brother and sister, and we are working a lot together, so it’s bound to happen. We get over things very quickly anyway. Say your piece, forgive and move on. It’s how we were raised.”

Photos above from homes featured in season one of Farmhouse Facelift

The show is produced by Sonar Entertainment in association with Corus Studios for HGTV Canada and airs Wednesdays at 9 p.m. Season 2 begins on March 15 featuring 10 one-hour episodes.