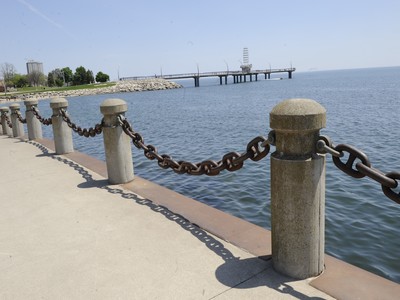 A city's shoreline requires a balancing act between forging a healthy economy, protecting its ecology and enhancing its beauty. With Lake Ontario as a unifying force, Burlington, Oakville and Mississauga's Port Credit are managing this challenge well, as evidenced by the proliferation of waterfront events, tourists, pedestrians and boaters congregating in each community day and night.
Summertime draws the largest crowds, understandably. Whether mesmerized by the sights and sounds of crashing waves and cool breezes, weekend festivals, fitness-friendly spaces or marina communities, these lakeshore areas are thriving.
According to Oakville councillor Sean O'Meara, walkability, harbour views and fun-filled events at the town's three distinct waterfront neighourhoods: Old Oakville, Bronte Village and East Lake, are a huge draw for visitors and residents alike.
“A recent survey done by Visit Oakville indicated 64 per cent of people walking in Bronte were there for the pleasure of it and close to 15 per cent were there specifically for an event,” he said.  He credits an ambassador program, in which students are hired in the summer to assist visitors with restaurant recommendations, suggestions about the town's best bike trail routes and ideas for a bevy of other inquiries, is helping draw people to the waterfront.
“Our Oakville Canada Day at Bronte Heritage Waterfront Park is one of the largest west of the city and hosts over 70,000 people,” he said.
And it looks like it will continue to be a favourite gathering spot. The improvements at Bronte Heritage Waterfront Park, that were years in the works, were finally completed earlier this year.
The town is also halfway through a five-phase plan to redevelop 500 metres along Oakville Harbour's West Shore area with improved trails, seating, cobble beach areas, lighting and landscaping.
“Oakville Harbour's Master Plan will be finalized this fall, sketching out the new direction and use for the inner harbour, to bring about more connectivity and use throughout the year,” added O'Meara.
In June 2013, Burlington's 132-metre long Brant Street Pier that extends out onto Lake Ontario opened to great fanfare and has been a jewel on the city's shoreline since then, for pedestrians and anglers alike. The $17.4 million renewal project boasts breathtaking panoramic waterfront views along the S-shaped path for pedestrians and ties into the Spencer Smith Park's shoreline trail down through the 23-kilometre Waterfront Trail, LaSalle Park Marina and the beach strip.
The same year, Maria Gerow opened Beachway Park & Pavilion at 1100 Lakeshore Rd. It's a two kilometre trail and 6.8 acres of park space to enjoy the sun and sand, as well as a plethora of activities. The range of possibilities are endless, from swimming and rollerblading, to full moon and stand up paddleboard yoga, as well as water craft rentals.
July and August are the busiest time of year and over the years, her business has “definitely increased so much that you'd be hard-pressed to find a spot on the beach,” said Gerow.
Rentals of paddleboards, kayaks and paddleboats are the most popular. Yoga classes and lessons, massages and special events such as hula hooping are growing too, said Gerow. She said she plans to expand to other communities, especially in light of recent flooding at Burlington beach.
Elsewhere along Burlington's lakeshore area is the 10,000 square foot Rotary Centennial Pond, which is open year-round. It serves a reflective pool in warmer months and is a popular spot for model boating. And nearby, the Dofasco Waterjet  Plaza in Spencer Smith Park is a popular draw for children who love to traipse through its 30 water jets that spring up from the ground.
Like Burlington's small but concentrated waterfront attractions, the small lakeshore town of Port Credit has retained its distinct character despite Mississauga's booming growth over the decades.
Dubbed Mississauga's “˜Village on the Lake', Port Credit is barely four kilometres from east to west and has a bevy of parks, marinas and the Waterfront Trail, which encompasses 22 parks between Winston Churchill Boulevard and Marie Curtis Park. All are well-used by cyclists, joggers and boaters through the warmer months.
St. Lawrence Park is the most recent addition to the waterfront and features historic artifacts from the area's industrial era, including the elegant Adamson Estate, which was built in 1919. The park is also home to the Lakefront Promenade marina and Port Credit Yacht Club.
The iconic red and white Port Credit Lighthouse, at 105 Lakeshore Rd. E., has a practical and picturesque purpose to its structure. Not only does it offer a gorgeous panoramic view of the Credit River, harbour and picturesque village, it is a beacon for sailors with visibility up to 15 miles on Lake Ontario.
According to the non-profit planning, design and educational organization Project for Public Spaces, communities that build waterfronts that are accessible by water and land, “dramatically enhance the character and experience of a waterfront because people feel more at ease when not overwhelmed by traffic and parking lots.”
Judging from the throngs who descend on the shorelines west of the city through the summer months to roam, play, soak up some longed-for vitamin D and enjoy a sport or two, this theory rings true.