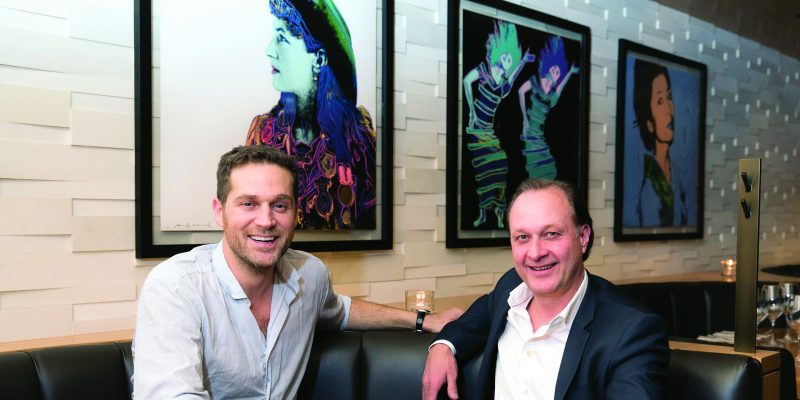 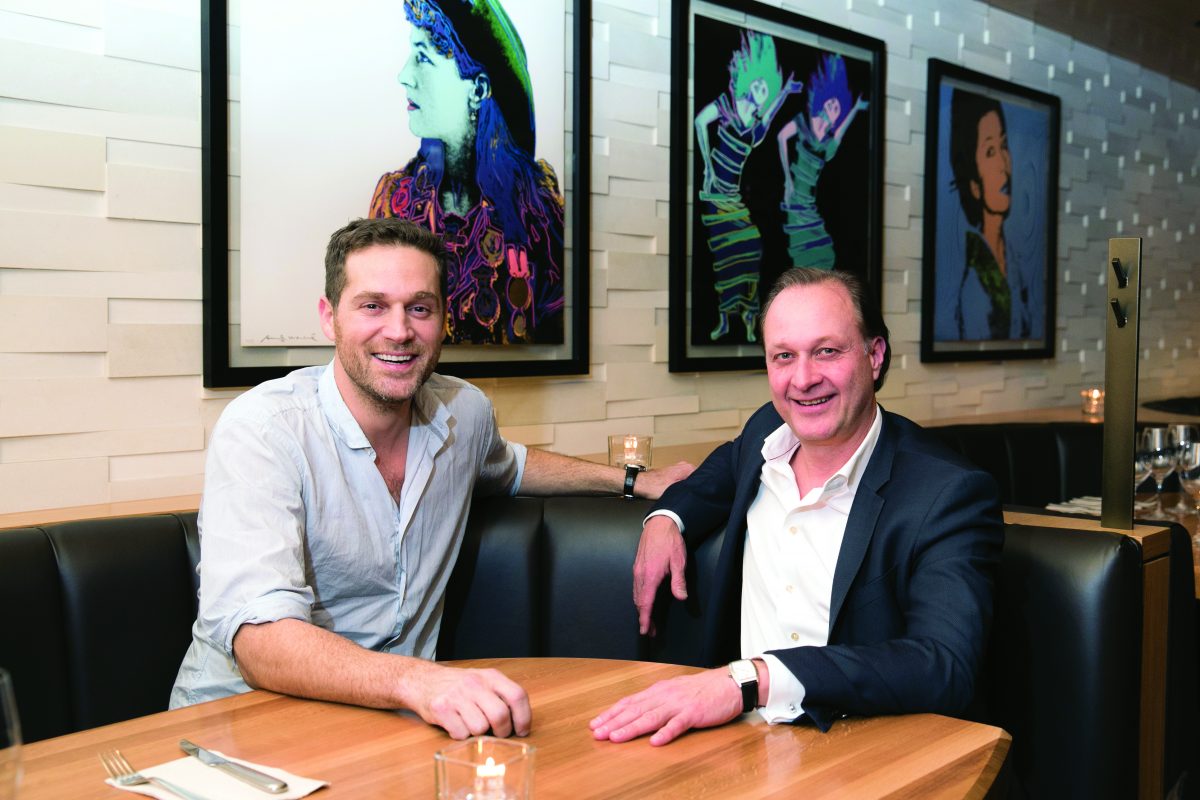 Elegant, yet unpretentious. Sophisticated, but approachable. However one chooses to describe the Cactus Club Cafe’s new location in Sherway Gardens, all should be able to agree the restaurant delivers a unique vibe that sets it apart from the pack.

The luxury dining establishment that’s serving up modern Canadian cuisine impresses upon arrival with a show-stopping custom piece from Toronto artist Daniel Mazzone that adorns the wall of the two-storey entranceway.

Eye-catching lights, such as the unique artichoke-style fixtures, cast a soft glow throughout the two-storey restaurant that opened its doors in late October, with the upper level featuring the piece-de-resistance — one of the largest retractable roofs found at any restaurant in North America.

“Something that I think makes Cactus really special is the vibe, which is when the lighting, sound and guests all come together to form an energizing, vibrant and contemporary atmosphere,” said Richard Jaffray, Cactus Club Cafe’s president and founder. “A big part of this includes our service, which is attentive, warm and unpretentious, and our people who are passionate about delivering food and experiences that will keep our guests coming back again and again.”

The restaurant’s culinary vision is led by the Cactus Test Kitchen, which includes a veritable who’s-who of the fine cuisine world: Chef Rob Feenie, who’s also an Iron Chef champion, and Chef Cory Vitiello, one of the best-known chefs in the province.

Vitiello is the head of culinary development for Cactus in Toronto and has created two dishes that are exclusive to the Sherway menu: Lobster and Prawn Tagliatelle Nero and Salmon Fresca.

“I’m really excited about the new dishes,” said Vitiello. “They are both variations on dishes that I like to make for myself and my friends and family at home, and it’s amazing to have them on the menu at Cactus Sherway.”

The seasoned chef says his penchant for Mediterranean flavour and healthful eating influenced the creation of his Salmon Fresca, which he described as a collection of his favourite flavours in one dish: tomatoes, fennel, tahini, hummus, olives, lemon, dill and basil, which cut through the natural richness of the fish.

The Lobster and Prawn Tagliatelle Nero was one of the first creations Vitiello shared with the Cactus Test Kitchen team — a dish that he deems as his personal favourite. It delivers a unique combination of pistachio pesto, green chilies, shishito peppers, squid ink, roasted tomatoes, sustainable lobster, prawns and rich lobster broth.

“It’s actually an adaptation of a dish I used to serve at The Harbord Room,” he explained. “The balance of sweet, spicy, briny and buttery with the nuttiness of the pistachios works in total synergy in this pasta, combining a familiarity to appease classic pasta lovers with a bold twist that makes this dish unique to Cactus Club.”

Jaffray founded the first Cactus Club Cafe 30 years ago in north Vancouver at the age of 23. The ambitious entrepreneur was inspired to start his own business during a summer break between university semesters.

“The goal was a month-long trip to Hawaii with a buddy, and to finance the trip we threw a party and raised enough money to get us there. This party gave me a taste of running my own business,” he said. “One afternoon on the beach in Hawaii after a day of surfing, I decided that I wanted to run my own business so I could work when I wanted to.”

And thus, Cactus Club Cafe was born with a simple goal: to create a fun restaurant where guests are welcomed with great food and friendly service in a relaxed, unpretentious atmosphere. Three decades later and Cactus has grown to open 30 locations across the country with thousands of staff.

“The Szechuan Lettuce Wraps are a fan favourite and are now available with tofu, which has been really popular, featuring sweet and spicy Szechuan glazed tofu, crunchy peanuts and wontons, wrapped up in fresh, crisp iceberg lettuce,” he said. “Plus, I’m thrilled my new dishes are being well-received. My Lobster and Prawn Tagliatelle Nero is one of the first things I ever cooked for the Cactus team, so to see it being ordered and loved by our guests makes me really happy.”