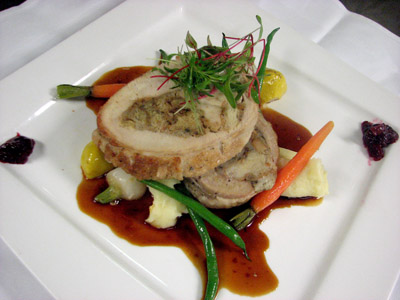 Nothing quite says luxury as the rich, buttery taste of foie gras. With a texture like silk, foie gras literally melts in one's mouth delivering first a sweet, flavourful sensation which slowly transcends into a full savoury experience. Alternating between velvety and meaty, with an ability to be served either hot or cold, foie gras is the pinnacle of a special occasion offering and a perfect choice to impress guests during the holidays.

It is believed it was Strasbourg chef Jean-Pierre Clause who essentially launched foie gras onto the public scene in the later part of the 18th century. Clause revived the ancient Roman recipe and perfected it into a royal dish for the court of the King Louis XVI of France, who proclaimed it right there and then “the Dish of Kings.”

What is it?
Foie gras is the fattened liver of a waterfowl (either duck or goose). One of the most popular foods from French cuisine, its origin, however is from Ancient Egypt.

A brief history
Foie gras has a rich and colourful history. As early as 2500 BC, the ancient Egyptians noted how migratory birds would gorge by the river before migrating and noted how this affected the liver, making it much larger in order to store the fat needed to sustain the birds during long flights. When the Ancient Egyptians began keeping birds for food, they discovered the distinctive taste and texture that resulted from the enlarged liver during that time of year, and the practice of fattening these birds began.

The practice of goose fattening spread from Egypt to the Mediterrean, but it was not until the Roman period that the term foie gras was mentioned as a distinct food. Romans named the engorged liver iecur fiactum. Iecur means “liver” and fiacatum derives from ficus, meaning fig in Latin. This name came about after Roman gastronome Marcus Favius Apicius began feeding dried figs to geese in order to enlarge their livers and discovered it embued a wonderfully full and sweet taste.

It is believed it was Strasbourg chef Jean-Pierre Clause who essentially launched foie gras onto the public scene in the later part of the 18th century. Clause revived the ancient Roman recipe and perfected it into a royal dish for the court of the King Louis XVI of France, who proclaimed it right there and then “the Dish of Kings.” Almost overnight foie gras went from relative obscurity to being renowned throughout Europe, becoming a favourite of artists, including the great writer Alexander Dumas and Italian composer Rossini.

Creating foie gras
Today, France is by far the largest producer and consumer of foie gras. In 2005, the country produced 78 per cent of the world's total production of foie gras, which is 23,500 tonnes. Hungary, Bulgaria, the United States and Canada round out the top five producers.

The process to create a fattened liver in ducks and geese is called “gavage”. This is the managed, special feeding process whereby the birds are fed extra corn or grains at regular intervals to enlarge the liver.

In mammals, extra fat storage in the liver signals a problem. In waterfowl, however, it is a normal and reversible process.

Waterfowl have adapted in nature to store fat in the liver when abundant food is available. This is an evolutionary characteristic because the stored energy is needed during migration.

Physiologically, the extra food provided during gavage is stored in a sac at the base of the throat. The capacity of this feed sac is two times greater than the maximum amount ever given during gavage. Gradually the bird's own digestive system absorbs the extra food, storing the fat in the liver which grows to accommodate the extra food.

Types of foie gras
The two main birds from which foie gras is made are goose and duck. The taste of duck foie gras is usually a bit stronger and muskier than that of goose foie gras, which is noted for being less gamey and more subtle and smooth.

In France, there are legally-defined forms of foie gras (France has a law that states: “foie gras belongs to the protected cultural and gastronomical heritage of France” so, they are quite specific when defining the particular forms of foie gras):

How to Serve
Foie gras is typically served as an accompaniment to another food item, such as toast or steak or a fruit confit. Because of the very high fat content, preparing dishes of foie gras can be very challenging. For chefs, serving foie gras is a true statement of their culinary abilities.

Foie gras made from duck can be served at or below room temperature in terrines, pí¢tés, parfaits, foams and mousses. Raw foie gras can also be roasted, sautéed, pan-seared or even grilled. Any contact with heat, however, must be brief or the foie gras will burn or simply melt away.

Duck foie gras is generally used when cooking is involved as it will render less of its fat during cooking then goose foie gras would. Goose foie gras for cold applications, or for dishes that require gentle or very little cooking, is a popular choice.

Foie gras is typically served as a starter, when the palate is still neutral, so that the full, subtle sensations can best be enjoyed (in particular with a sweet wine like a Riesling or even an ice wine).

Chef Spudowski of Jonathan's of Oakville finds foie gras to be one of the most versatile ingredients in the kitchen. From poaching to grilling, to even making ice cream, foie gras has a most amazing richness but given the right application and complementary flavourings, can appear incredibly light on the palate. He developed the Foie Gras Crí¨me Brí»lée recipe specially for the holiday season.

Once a dish only for noblemen and kings, foie gras today is enjoyed by all. It is the perfect complement for any special occasion and one that truly befits the holidays. Enjoy!