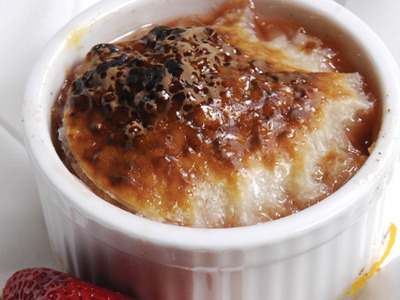 We've got it way too good when it comes to the availability of local fruits and vegetables, looking easily to the Niagara Region for our fix of luscious peaches when they're in season from mid July to the end of September. At one time in history, only the Chinese were lucky enough to enjoy this golden fruit. Peaches were mentioned in Chinese texts as far back as the 10th century B.C. and were a fond favourite of emperors.

The fruit received its English name from the Latin plural of persicum malum, which translates to Persian apple. In Middle English, it became peche (very similar to the French word), and is more similar to its name today.

Peaches were harvested from China by the Persians and passed on to the Romans. Spanish explorers brought peaches to America in the 16th century. Some Native American tribes are thought to have proliferated the peach tree across the U.S. via their nomadic lifestyle. Eventually, it made its way to England and France in the 17th century, where it was considered a rare treat. During Queen Victoria's time, no meal was said to be complete without a fresh peach.

According to the Ontario Ministry of Agriculture Food & Rural Affairs, peaches were being harvested at the mouth of the Niagara River in the early 1790s, as well as in neaby Grimsby. Peach growing was a booming industry for the Niagara Peninsula in 1880 with 70,000 baskets of peaches shipped within a radius of two miles from the Grimsby railway station alone.

There are two types of peaches that we can look forward to each year: semi-freestone and freestone peaches.

Semi-freestone peaches, which are available from mid July to mid August, are the best for eating on their own out-of-hand. The flesh of the peach partially clings to the pit. Types available include: Harrow Diamond, Springcrest, Candor, Harrow Dawn, Early Redhaven, Garnet Beauty, Risingstar, Brighton, Sunhaven, Harbelle and Sentinel.

Freestone peaches, which are available from mid August to the end of September are perfect for eating fresh and best for preserving. The flesh is easily separated from the pit. Types of freestone peaches include: Redhaven, Vivid, Harbite, Harson, Blazingstar, Harrowfair, Starfire, Veeglo, Harrow Beauty, Loring, PF24, Allstar, Coralstar, Cresthaven, Redskin, Glowingstar and Harcrest.

Whether you're shopping at the farmer's market or the grocery store, look for a creamy or yellow background, not green. Don't be afraid to buy firm fruit.

Sometimes peeling peaches and nectarines can be a bit tricky. For best results, dip peaches in boiling water for 30 to 60 seconds, then immediately place in ice water. The skins will then rub off easily by hand.

To freeze and enjoy peaches and nectarines late into the season and beyond; peel, pit and slice, then add a half cup of granulated sugar and one quarter cup fruit preservative to four cups of sliced peaches. Pack tightly into plastic containers, making sure to leave enough room for air circulation at the top of the container. Place a sheet of wax paper over top, then seal tightly. This will allow storage for up to a year.

Like your fruit looking flawless? To prevent the fruit from browning, coat sliced peaches with lemon juice or fruit preservative immediately after slicing.

4 zucchini, each cut into 8 two-inch pieces

4 large peaches, cut in half, pitted and skinned

Simmer wine, water, sugar, cinnamon and ginger in saucepan. Stir occasionally until reduced to about 3/4 cup. Prepare eight ramekins for the oven. Divide syrup into ramekins to cover the bottom. Place a peach half in each ramekin, hollow side down, and let cool for about 10 minutes. Roll out puff pastry to about 1/8 of an inch and cut to fit inside of the ramekins. Place puff pastry on top of each ramekin. Brush with egg wash and bake at 375°F for about 30 to 40 minutes. Makes eight servings.