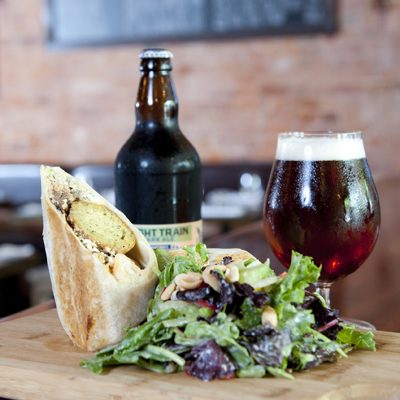 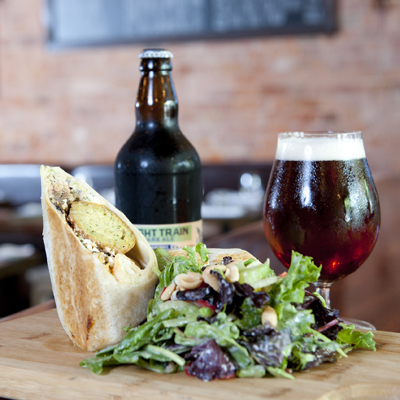 Cut onions and garlic into a fine dice and sweat over medium heat until translucent.

Drain the re-hydrated chick peas and pulse in a blender until finely minced.

Transfer to a mixing bowl.

Drain the canned chick peas and add to the blender with the onion mix, spices, lemon juice and salt. Blend until smooth.

Mince the cilantro and add to the mix as well, along with the chick pea flour, and stir until well combined.

Form into 2 oz pucks and fry for three to four minutes until golden brown and cooked through. This should make 15 to 20 pieces.

In each wrap place three pieces of falafel, as well as your garnishes.

Wrap tightly and toast on a grill or bake for three to five minutes at 350°F.

At BRU wraps are garnished with tatziki, tabbouleh, hummus, pickled eggplant, hot sauce and feta, all of which are prepared in house.