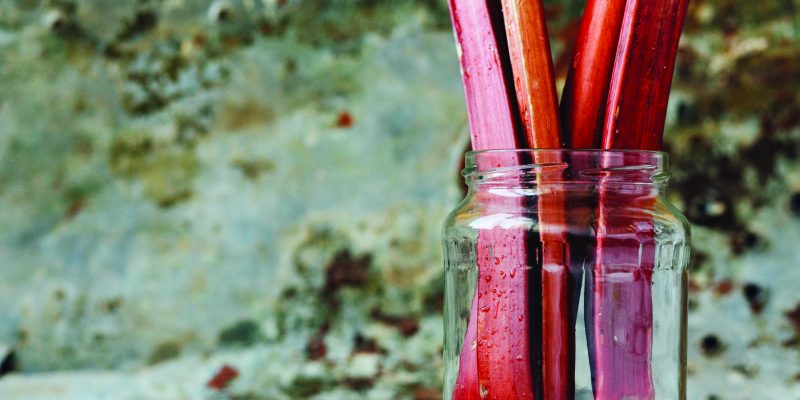 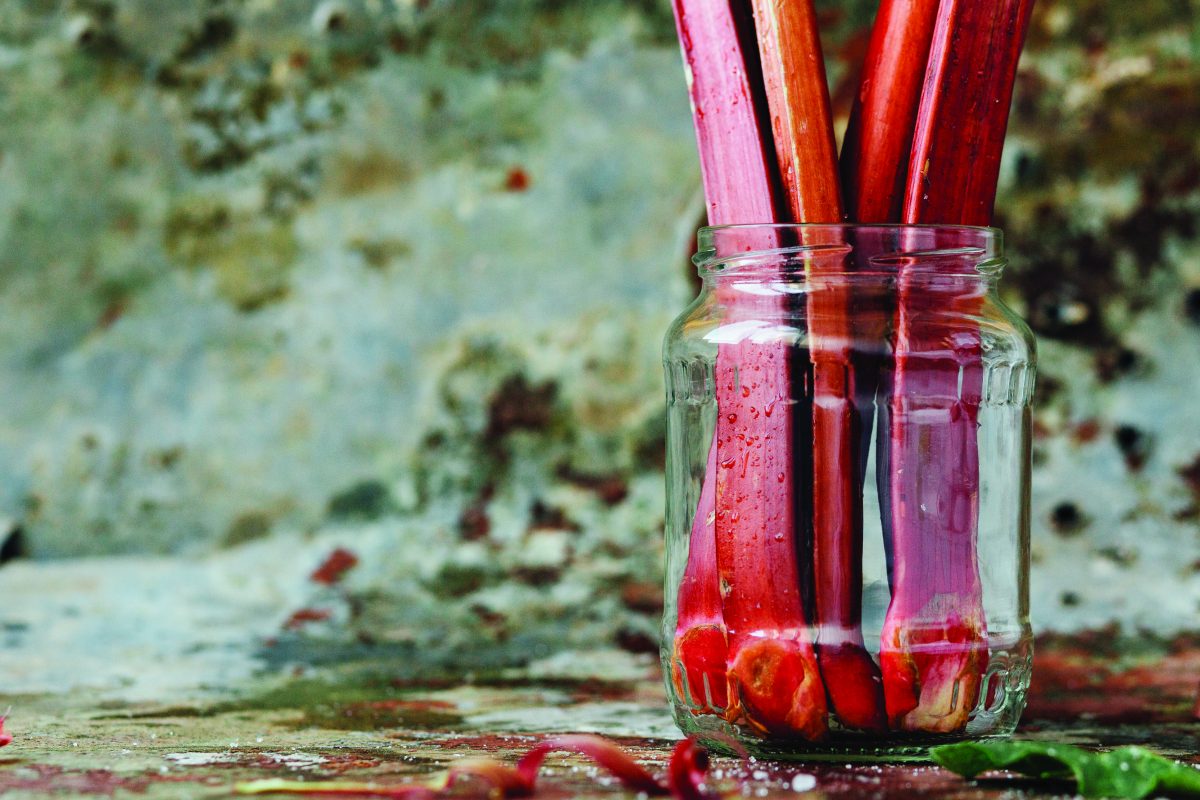 The alternating flavours of sweet and tart in a prepared rhubarb dish is just one reason to elevate this ubiquitous local plant to the top of the list for your next dinner party, brunch or family get together.

And there are many other reasons to make room for rhubarb. A good source of nutrients, the vegetable that thinks it’s a fruit is commonly used in a variety of baked goods such as pies, muffins and crumbles. But it’s also fabulous as a juice for cocktails and smoothies, as a simple syrup poured over ice cream or frozen into ice pops or in savoury dishes that allow its sour characteristics to nicely complement a hardy protein.

“To me, it signifies the start of the growing season because it’s one of the first things that start to grow,” says JohnRoss Woodland, executive chef at the Noble Bistro in Oakville.

Available locally from January to June, here’s what to look for when buying. Pick stalks that are firm and crisp and that spurt juice when broken in two. The colour will vary from pale green to rose to a deep crimson red. Rhubarb can be stored for a few days in the refrigerator. Any longer and the stalks will begin to weaken and grow soft. To preserve fresh rhubarb simply chop stalks into smaller pieces and place in a Ziploc bag in the freezer.

But if noshing on warm stewed rhubarb or stalks dipped in sugar doesn’t sound like your idea of a culinary winner, that’s fine. There are plenty more ways to discover rhubarb than these old-school favourites. Woodland’s grandmother used to make a simple syrup out of the stems of rhubarb, a quart of strawberries, sugar and water. Preserved over the growing season and into winter, the syrup was the perfect antidote in January when looking for the sweet taste of summer.

“She would pour the syrup over ice cream and it was like liquid gold,” he recalls. “That’s definitely something a home cook can make quite easily.”

For a nice change of pace, Woodland recommends pairing it with apples instead of strawberries, especially in the fall during apple season. This combo works well because apples and rhubarb each cook fairly quickly and rhubarb is nicely complemented by cinnamon and other apple-friendly spices such as nutmeg and cardamom. A family favourite in Woodland’s home is his wife’s rhubarb-apple butter compote made with cinnamon and sugar and spread on toast or used in tarts and pies.

“The thing about rhubarb is it’s around all season and people don’t know what to do with it,” Woodland says. “People get bored with it and they run out of ideas. Let’s face it, after 10 strawberry-rhubarb pies, how inspired are you? But with the big push on sustainability, I like to get creative and think of less common uses for it because eating locally grown rhubarb beats imported produce.”

Another option that will let your savoury juices flow calls for turning rhubarb into lightly sweetened pickled compote and serving it over foie gras. Rhubarb’s high acidity means it nicely balances the richness of the duck liver. Sprinkle with some toasted almond slices and you have a deliciously satisfying dish.

Paired with pork, rhubarb really shines thanks to its tartness and properly sets off the fatty meat. Woodland’s favourite is pan-seared scallops with honey-glazed pork belly, rhubarb gastrique (a caramelized sweet and source sauce), pickled rhubarb, pork cracklings and chervil.

A different winning flavour combination is rhubarb with ginger – try it in jams and chutneys.

An abundance of garden rhubarb is exactly what inspired Marianne Kovacs to search out a recipe over 20 years ago. Today, her simple, yet tasty, rhubarb cake is a treat so coveted that family members have been known to sulk if it’s not offered for dessert. A type of dense coffee cake, Kovacs’ recipe is made summer and winter because the Burlington resident freezes her rhubarb for year-round use.

“It’s such an old fashioned dessert, kind of like pioneer times,” says Kovacs, who works as a media coordinator but studied the culinary arts in college. “The cake is comforting and warm and sweet and doughy.”

Low in calories, rhubarb is a good source of Vitamin K, providing about 30 per cent of the recommended daily intake in a 100-gram serving. It is also high in fibre in addition to calcium, Vitamin C and potassium.

What gives rhubarb its mouth-sucking sour taste are its elevated levels of acidity thanks to malic acid and oxalic acid, which are both present in high amounts. Forced rhubarb, which is grown indoors in darkness, produces a plant that is much less sour. Its stalks are also more tender than traditional rhubarb. Another thing to note, rhubarb’s big and beautiful leaves are toxic to humans so ensure leaves are always removed.