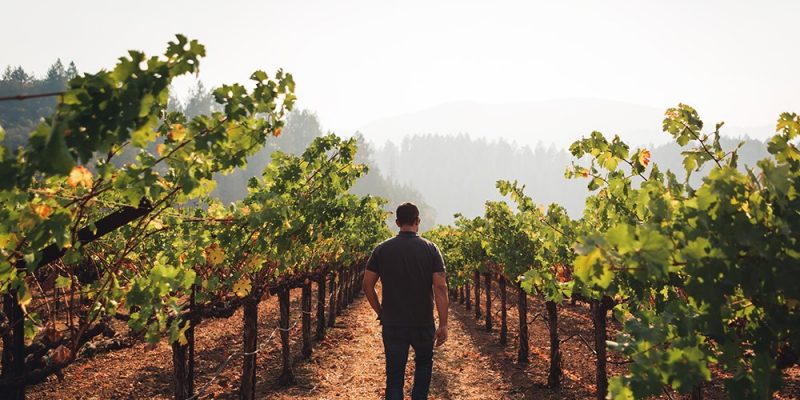 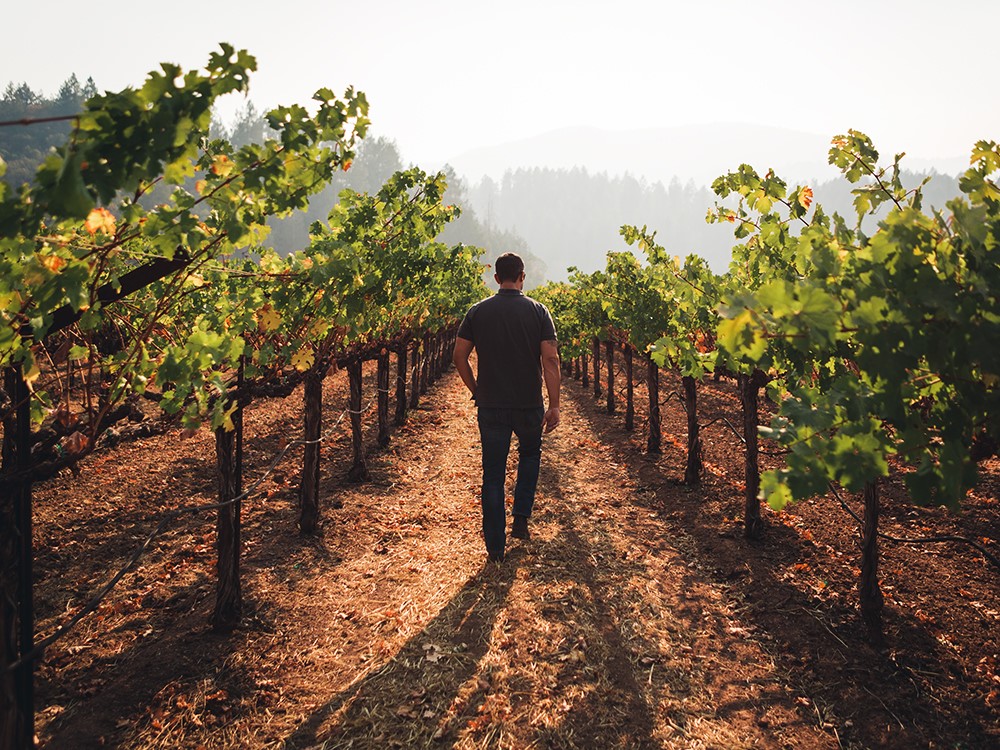 Within these areas, cab reigns supreme

There are wines that can resonate with us imbibers. Perhaps it’s an elegant pinot, or maybe a cool chardonnay. But no wine is as widely discussed, scrutinized and celebrated – not to mention collected and cellar worthy – as cabernet sauvignon.

The durability, familiarity and marketability of the cabernet sauvignon name poses an irresistible lure to wine merchants and consumers looking for a reliable return on their investment, making it the undisputed king of wines.

French by heritage, few would argue that the finest examples of cabernet sauvignon wine are found in Bordeaux and California, a standpoint supported by the 1976 Judgment of Paris. The two worldly regions have differing views of how cabernet sauvignon should be expressed, however. It is the backbone to most left bank Bordeaux offerings  – which can contain up to four additional varietals – with the desired result being a complex wine in which the whole is greater than the sum of its parts.

Producers in California, meanwhile, allow the grape to stand more on its own as a single varietal wine (generally with just a splash of some added varietals to add a bit of lift to the flavour profile). What the consumer gets from this new world expression is a wine that is much more round and bold with a firm grip on the palate that exhibits a more concentrated and richly ripened flavour profile. These are attributes that have become accustomed to describing cabernet from California, and this would be why California cabernet is so revered.

California is very fortunate to have a variety of outstanding sub regions suitable for producing excellent cabernet wines. There are currently 139 American Viticultural areas (or AVAs). These are geographical grape-growing areas that have officially been given appellation status by the Bureau of Alcohol, Tobacco and Firearms. AVAs show off the diversity and quality of the entire state of California’s wine region. The distinct “persona” that differentiates one AVA from another is mainly categorized by climate, geology and elevation. No surprise, Napa Valley is the original California AVA, designated in 1981.

Accounting for just 4 percent of California’s total wine production, Napa Valley is small in size yet big in stature. Napa’s generous climate provides vintage-to-vintage consistency and exceptional quality that few other winegrowing regions can boast. Because of its unique geologic history, Napa Valley has a remarkable diversity of microclimates, weather and geography, as well as some of the most diverse soils found on earth.

Within the Napa Valley AVA exists 16 nested sub-AVAs, each with its own strengths and specific characteristics. At the heart of Napa lies Rutherford, designated in 1993 and famous for its gravelly, sandy and loamy soils, but also for what has been referred to as ‘Rutherford dust’ – a term coined by the great André Tchelistcheff who started in the wine industry as a Beaulieu Vineyard enologist and later became a mentor to some of the Valley’s most celebrated winemakers. The term has become synonymous with the region, and the region has become synonymous with great cabernet.

Very few sub-AVA names, however, have become familiar to the wine drinking public at large, the best known arguably being the Stags Leap District. Famous for its quality cabernet sauvignon, the list of producers located here is among the most impressive in all of Napa Valley – or anywhere in the world, for that matter. (Just look up the Judgement of Paris and you’ll see why.)

If Napa is the king of cab, then Sonoma surely is its queen. There are numerous world-class cabernets coming out of Sonoma, including those from Rodney Strong in Alexander Valley and Beringer Vineyards’ Knight’s Valley offering. Twenty percent of Sonoma’s wine production is cabernet sauvignon, with 12,000 acres planted.

Paso Robles is one of California’s oldest wine regions, with a winemaking tradition that stretches back to the 1790s. When touring Paso Robles wine country, you may cross boundaries of appellations that did not exist until very recently. First designated in 1983, the Paso Robles AVA had just one appellation until 2014 when the federal government designated a whopping 11 more. This flood of appellations was a long time coming, but by and large, local winemakers are thrilled to see the region finally getting its due.

Dozens of additional world-class AVAs for producing cabernet exist throughout California, proving that this is a place where cabernet has become ubiquitous. Prices can often meet and even exceed the first growths of Bordeaux, and despite a raft of quality cabernets emerging from new world regions such as Maipo in Chile and Coonawarra in Australia, quite assuredly, no other place has been able to usurp California’s crown in being the king of cabernet.

For more than 100 years, Beaulieu Vineyard has been setting the standard for rich, classic Napa Valley wines that honour the expression of its remarkable terroir. This Rutherford cab is a tremendous expression of its AVA terroir exhibiting intense saturation of colour, aromas and flavours. Rich dark fruit, black currant and cassis notes, alongside oak barrel nuances immediately tempt the senses. The palate’s dark fruit notes are supported by hints of dark chocolate, mocha and coffee. The structured “Rutherford dust” tannins are fine grained and very focused, showcasing the signature fine cocoa powder texture and expansive mouthfeel. Incredible depth and balance here. ($79.95)

Established in 1893, Stags’ Leap Winery is one of the oldest wine estates within the acclaimed Stags Leap District, producing wines expressive of its unique terroir. This cabernet is plush and inviting, with an enticing array of brambly blackberry fruit along with raspberry sorbet notes alongside nuances of lifted violet, sweet cinnamon, clove and cedar. On the palate there’s plum and cassis, but there are also savoury elements showcasing light herbal notes and earth, giving this cab a classic depth and elegance. Seamlessly integrated oak and refined tannins provide a smooth mouthfeel and add layers of complexity, all wrapping up with a lengthy textured finish. ($59.95)

The Knights Valley designation was first used on a Beringer label in 1974 and Beringer was instrumental in garnering official recognition for the area in 1983 as a premier wine growing region in the form of its own AVA designation. Soft and silky tannins and a plush, full mouthfeel set this wine up for immediate enjoyment, although it’s built to age and develop further complexity. Aromas of dried herbs, cedar, clove and lavender join flavours of dark red fruit led by figs, black cherry, currants, raspberry and evident oak spice. Additional notes of black olive, wild sage and mocha chocolate round out the tasting experience. Balanced acidity helps lead to a lingering, memorable finish. ($44.95)

It’s incredible, actually, that this wine could be even better than the 2017 – a wine that made many major international top 10 lists. There’s layers upon layers of flavour and structure here. Rich and ripe cherry, smoke, dark chocolate, peppercorn spice. There’s even hints of smoked meat and bacon fat – usually something you tend to find in well-made syrah. Tannins are noticeable, but are smoothened, as if by a rolling pin. It doesn’t have that over-extracted flavour feeling, despite using a lot of new and once used French oak. This is next level cabernet and although it will cellar beautifully, this is wonderful to experience right now. Should be double the price, but I’m not complaining. ($69.95)