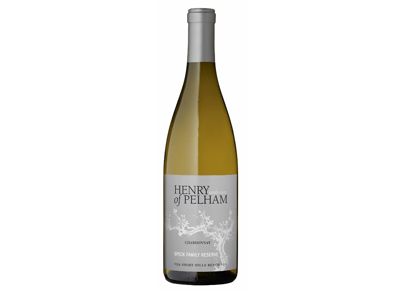 Every year two things happen in Ontario that make locavore wine drinkers salivate: the Taste Ontario road show (Ottawa & Toronto) and the granddaddy of all Ontario wine events, Cuvee… this year both of these events happened in the very same week.

Taste Ontario is a travelling show of 30-plus wineries from all over Ontario, from Lake Erie North Shore to Prince Edward County, but the majority of wineries come from the Niagara region. Each winery in attendance pours some of their latest and greatest ““ it's one of your best opportunities to see many Ontario wineries in one place and get a sense of what is going on vinous-wise in this province.

Cuvee is the Oscars of Ontario wine parties. It earned the moniker because many years ago there was an awards ceremony attached to Cuvee. The organizers soon realized competition wasn't the original intention of Cuvee ““ supposed to be a celebration of Ontario wine, not a competition between them ““ so instead they went back to its showcase roots. Each winery in attendance selects and pours their signature wine, or something they are most proud of, or something new or unique to that winery. It's an evening full of glitz and glamour, great food and above all some of the best wines Ontario has to offer.

Having attended both events I'll take this opportunity to steer you in the direction of some the best of the best in Ontario winemaking… it's a perfect way to start and plan your spring winery getaway:

Ridgepoint 2012 Cabernet Appassimento
($55.00)
4+ STARS
The use of Appassimento methods in winemaking here in Ontario is a controversial one, but one that shows real merit and promise, especially with wines like this. Grapes are dried naturally over a 60 day period, before being fermented. The blend is Cabernet Sauvignon and Cabernet Franc aged 34 months in oak. The result is a wine with promise now and for the future. Front loaded with spices and tannins but with fruit poking out including black cherry, cassis, hints of rhubarb, smoke and dark chocolate. This wine needs time to mellow ““ so buy now and lie down two to three years before you even think of opening.

Henry of Pelham 2014 Chardonnay,
Speck Family Reserve
($29.95)
4 STARS
Seeing the word “Reserve” with “Chardonnay” makes me cringe… I always see too much oak in my future. Here Henry of Pelham has shown a deft hand with the use of the oak; delicate on both the nose and palate: butter, apple and Bosc pear skin runs mid-palate to finish.

Peninsula Ridge 2012 Merlot, Vintner's Private Reserve
($29.95)
4 STARS
Made from all estate fruit aged 18 months in a mix of French and American oak (20 per cent new)… specially selected barrels of Merlot are chosen and 200 cases are finally produced: a yummy mocha entry with blackberry,
wood smoke, raspberry, cassis and good tannin bite on the finish.

Creekside 2012 Syrah, Broken Press
($42.95)
4.5 STARS
Once again the Broken Press is a beauty worthy of sipping on as well as pairing at Chef Nathan's In The Smoke bistro located at Creekside. Aged 24 months in 30 per cent new French and doling out what Syrah should: meaty, smoky, brooding dark fruit, tart cassis, smoked meat, robust tannins ““ there's fruit lingering in the background ready to pounce in a few years; there's even a hint of mocha on the finish for that “wow” factor.

Cave Spring 2013 Cabernet Franc, Estate
($29.95)
4+ STARS
If I were looking for a textbook Cabernet Franc from a cool vintage this would be it, balance is key here: gentle sweet tobacco notes run from beginning to end along with raspberry and sour cherry caressed by a little vanilla on the finish.

Malivoire NV Bisous Brut
($29.95)
4 STARS
This is Malivoire's second sparkling wine (they also made Brut Rosé in a very small batch that is now sold out): 65 per cent Pinot Noir and 35 per cent Chardonnay aged 36 months on lees in the traditional method. Crisp and clean with good acidity, floral, apple and lovely biscuity element mid-palate to the finish.