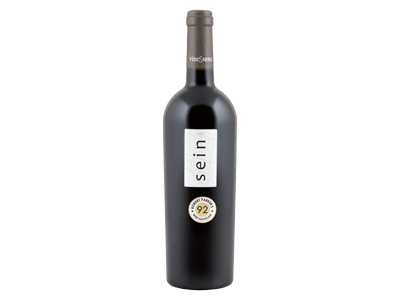 I'm going to be blunt and honest with you. Wine in January is nothing like wine in November and December, especially when it comes to the LCBO Vintages release.

The first release of the year is known as the “Best Buy” release, and it has nothing to do with electronics. As we all know, the LCBO is in the business of selling wine, beer and spirits, but January is a notorious dead zone because right after Christmas money can be a little tight, and booze might take a backseat to other expenditures. For those in the know this “Best Buy” release is also known as “the graveyard.” I have even heard many express the notion that maybe the LCBO should not release any new wines in January and instead focus on selling off the stock they have piled up over the holidays (maybe even suggesting a sale). But there is good news ““ there are some gems that slip into the graveyard and stand out, some are those sub-$20 wines that taste like they should cost more, while others are wines that do cost more and are meant for those who have some disposable income to spend on wine; but in truth it's a mine field of blah wines in flashy packaging.

So here's what I'm going to do ““ a little something for everyone this month ““ with my six wine recommendations I'll give you two at the low end, two at the high end and a double dose of something in between; because everyone should drink well, even in January.

Bouchard Pere & Fils 2014 Chassagne-Montrachet
($66.95; #479824)
4 STARS
This is one of those wines known as an In Store Discovery, so you'll want to look at the LCBO website to find out where it's available, once you do locate it the peach, apple, lemon and mineral notes will warm you're insides, even for a chardonnay, also look for the honeycomb note on the finish.

Xavier 2012 Cuvee Anonyme Chateauneuf du Pape, France
($62.95; #471714)
4+ STARS
This is one of those wines that slipped through the cracks of the January dead zone; a gorgeous wine layered with chocolate, plum, cherry and spice, it's focused and flavorful and while it is food friendly it might just be one you want to sit and sip on.

Roche de Bellene 2014 Cuvee Reserve Pinot Noir Bourgogne, France
($21.95; #299859)
4 STARS
Some may not see a light Pinot Noir as a nice winter warmer, but pair it with a meal and you'll see what I mean: beet root, earthy and black cherry notes are at the core of this one.

I Balzi 2013 Rosso, Italy
($15.95; #477075)
4 STARS
From the part of Italy that brings us Amarone comes this delightfully supple wine full of all the things we want in winter reds: black cherry, blueberry, mocha, baker's cocoa and vanilla; there's even a touch of floral here showing off a delicate side.

Vina Robles 2013 Estate Cabernet Sauvignon
($28.95; 693838)
4+ STARS
I have tried this wine twice and I can definitely tell you it's worth the money ““ sweet plum, black cherry, rich of fruit, fine of tannin with a slightly chalky finish and hint of cedar shavings. Drink now through 2022.

Sein 2011, Spain
($17; #391896)
4 STARS
Even in the worst of releases you can always find something from Spain to impress, both on the palate and for the pocketbook; this mocha, chocolate, vanilla laced red is also full of sweet black cherry notes ending with a firm finish.