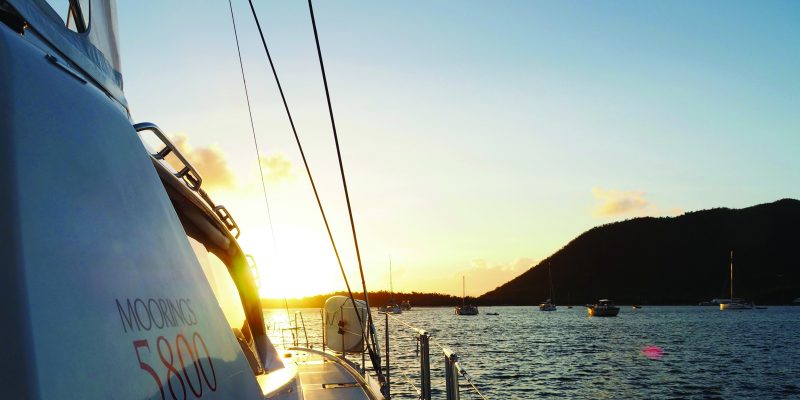 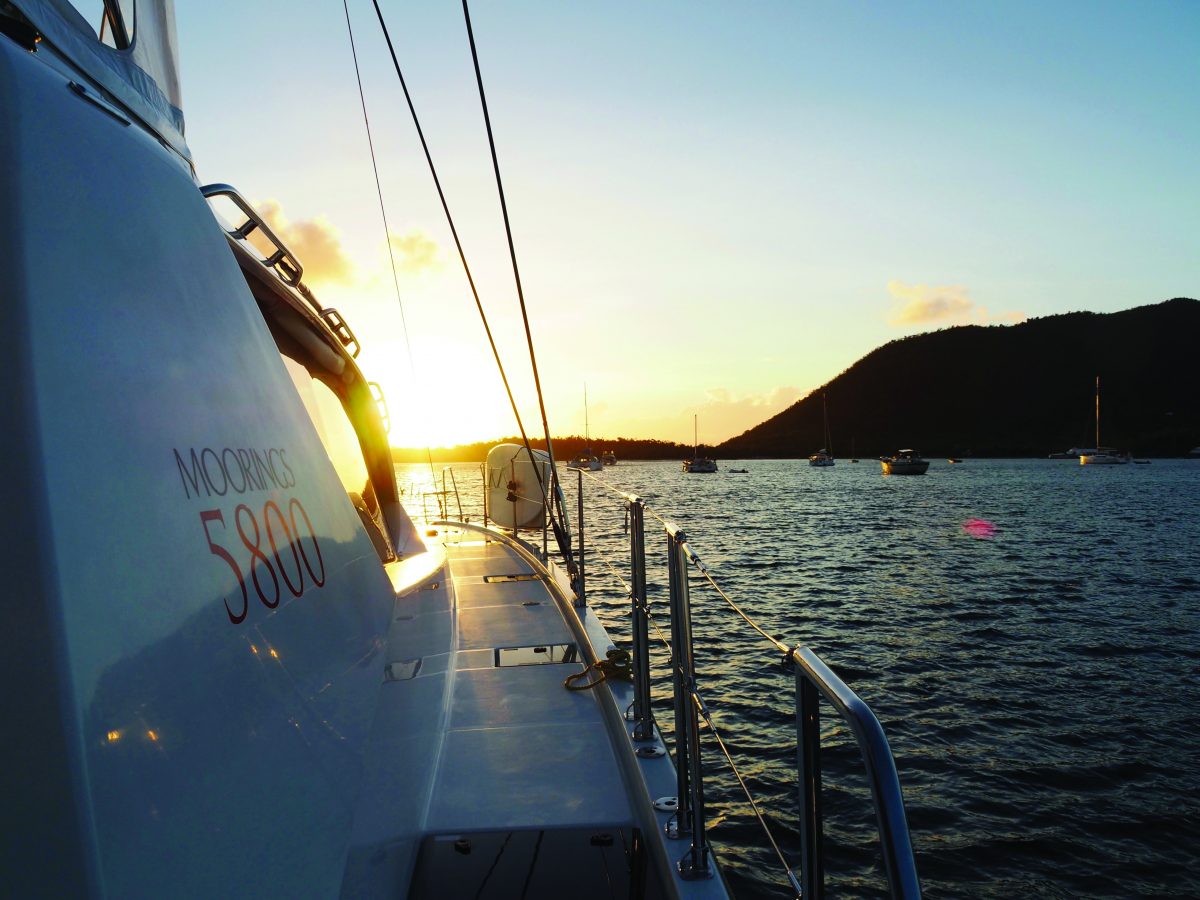 With just one pair of shoes, I would do fine cruising the British Virgin Islands. Just one pair, as long as it’s the right pair: casual, practical (leave the Jimmy Choos at home) and sturdy enough for a short hike.

Taking off footwear and tossing it into a large wicker basket is the first instruction from Martin Street, captain of luxury catamaran Prodigious. At 58 feet, it’s the largest in the fleet of The Moorings, a sailing charter company with boats across the Caribbean, Mediterranean Sea and the South Pacific. Bare feet on board are the rule.

Captain Street – who lives on the boat full time with his partner, onboard chef Katie Garrison, chats with his group of new passengers, teasing out their secret wishes, their likes and dislikes, in order to shape an itinerary tailored to fit any bundle of interests.

“There are two sides to the Caribbean,” explains Street. “There’s the beach bar side and then there are the golden beaches, palm trees, snorkelling and the more remote side. What people choose to do varies quite a bit.” 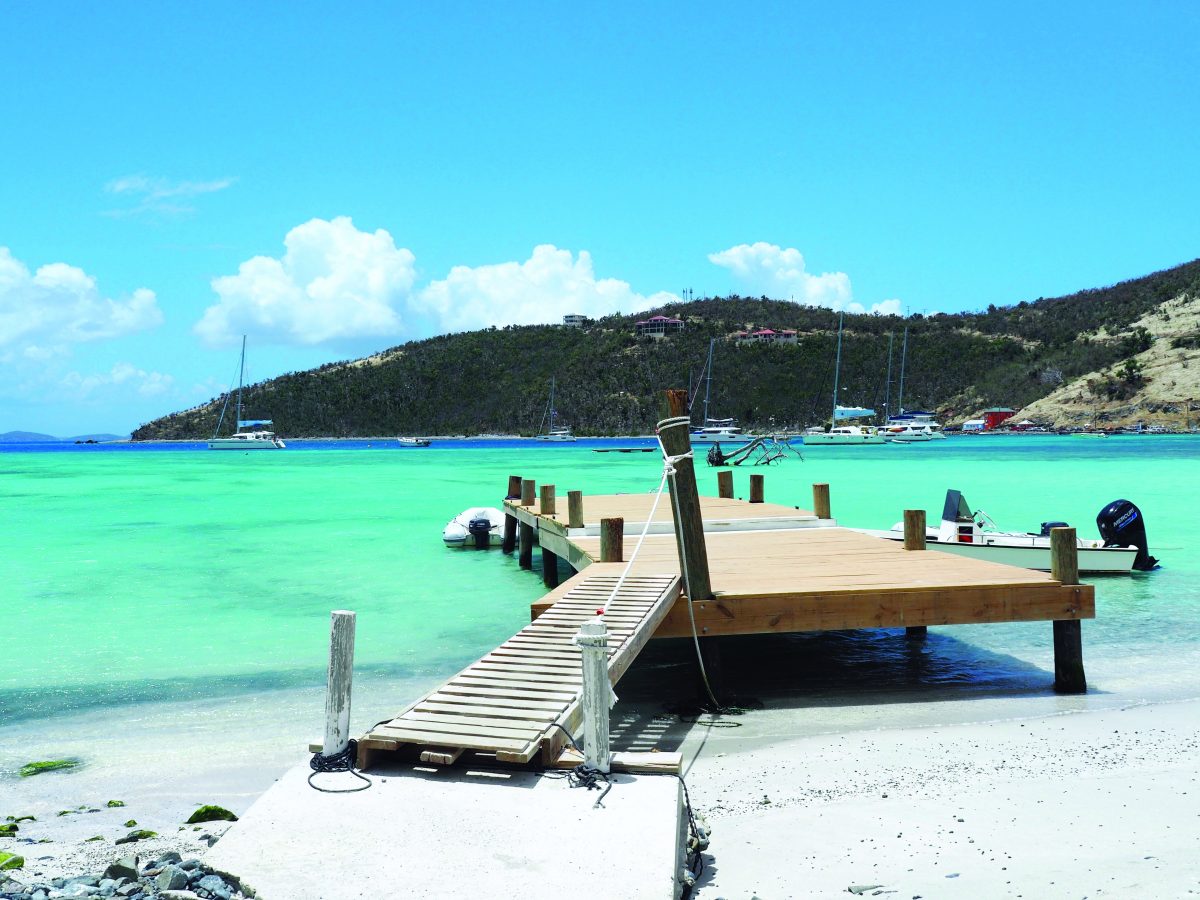 When Street first sailed into the British Virgin Islands seven years ago, he knew he’d be staying a while. “I was for years sailing around the world and I sailed into Jost Van Dyke and thought, this is pretty nice.”

It turns out the unspoiled allure of this group of islands draws scores of visitors who charter crewed catamarans of The Moorings fleet to do a little easygoing, low-stress island hopping. In the azure and turquoise waters of the BVI, charters are the backbone of the tourism industry and yachts like the six-cabin Prodigious come crewed with an experienced captain, gourmet chef and steward.

“There are 60 islands in the BVI. Here, we can jump between islands so easily,” says Street, who has sailed from Asia to Australia to the Pacific Islands and through the Caribbean. “Even the USVI next door doesn’t have line-of-sight sailing like we do. In the British Virgin Islands, moving from one to the next can be a matter of less than an hour’s sailing time.”

From the fly bridge — home to the wheelhouse and decked out with softly padded lounge seating open to the tropical breezes, but shaded from the intense sunshine — it seems there’s always a spot of land in sight.

According to Street, the BVI sits on a massive shelf at the confluence of the Atlantic Ocean and the Caribbean Sea, dropping off to about 3,000 feet on the Caribbean side. “It’s a volcanic area and the islands we see are the tops of mountains and volcanoes.”

A sailor’s nirvana, the BVI is renowned for steady northeast trade winds and numerous sheltered harbours to drop anchor. Described as “the place on the way to everywhere,” during the colonial era the islands were a welcome break along the gruelling trade routes between Europe and the Americas. It was Christopher Columbus who charted the Virgin’s archipelago in 1493 on his second voyage to the New World, setting off battles for supremacy between the European powers. The myriad of quiet coves, harbours and passages were also well suited to the smuggling, piracy and privateering that dominated over several centuries. Notorious pirates like Blackbeard, Edward England and Calico Jack were drawn to the “excellent hunting grounds” along the lucrative treasure route.

But with nary a pirate in sight, our group settles in for a dinner al fresco on the back deck — flickering candles, a vase of lightly-scented flowers and plates of perfectly grilled mahi-mahi topped with a roasted red pepper-pineapple salsa, served with a side dish of lemon-ginger couscous. The sunset puts on a show of orange and red just as chef Katie brings out dessert of coconut milk-banana mousse topped with salted caramel. A week before departing from Canada I filled out a meals questionnaire, including portion sizes, likes and dislikes, and special dietary needs. Working from a compact galley the size of a walk-in closet, Chef Katie is able to prepare meals including vegetarian, vegan and gluten-free with a special emphasis on fresh and healthy, sourcing local ingredients whenever possible. 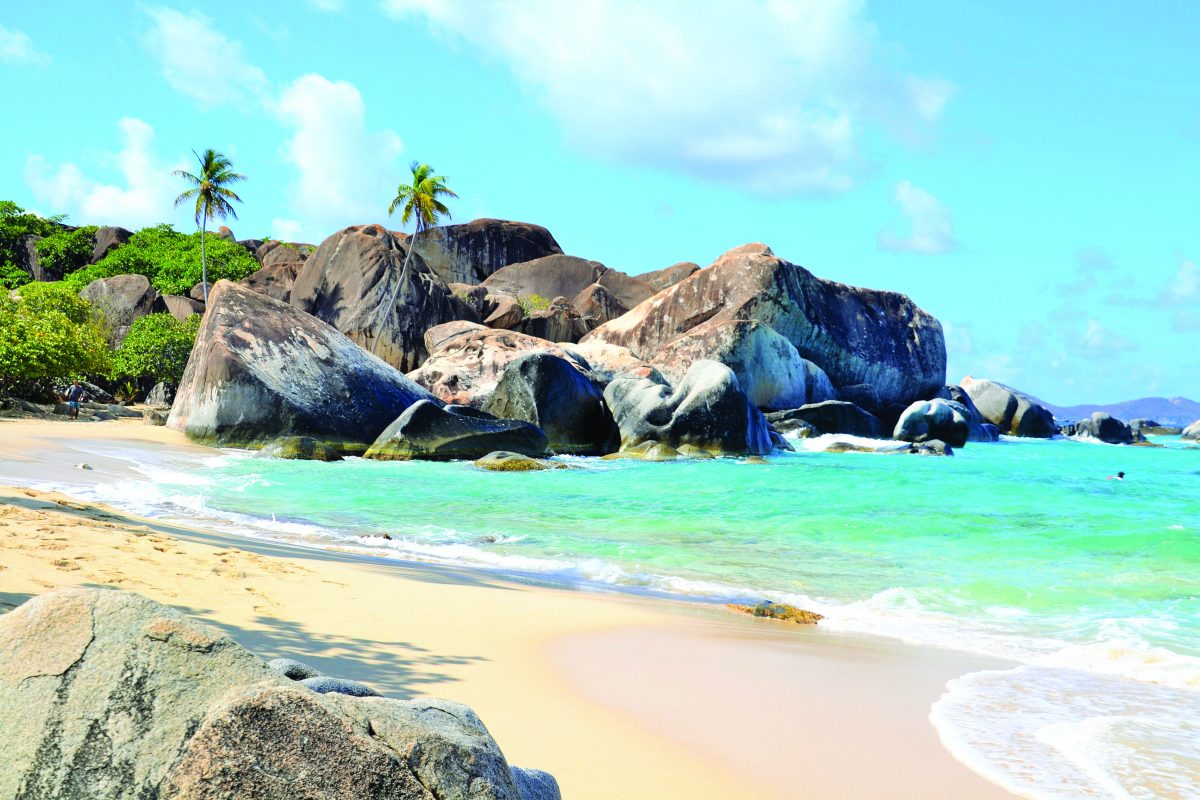 Post-dinner drinks — thanks to steward Kay Bartley, who knows her way around a well-stocked bar, ice and a blender — are carried to the netting of the foredeck where we settle into large bean bag chairs and watch stars pop out

against a jet-black sky. The gentle rocking of the boat makes for an easy life, and an easy sleep in air-conditioned cabins.

In truth, our route was not set until that first dinnertime discussion with Captain Street. The next few days are tailor-made island tripping with stops along the way to snorkel, swim or take the dinghy ashore for a hike or drinks at the local bars.

Many of the 60-plus spots of land that make up the British Virgin Islands are uninhabited, but visitors almost always stop at the main islands of Jost Van Dyke (more goats than people, but famous for its beach bar action), Tortola (steep hills and the main hub) and laidback Virgin Gorda.

This part of the Caribbean is Street’s proverbial backyard and he knows the best places to drop anchor and soak in the view (for Instagrammers, there’s onboard Wi-Fi), visit sheltered white sand beaches and hike one of the trails on shore. For us, it’s a visit to the famous Soggy Dollar Bar on Jost Van Dyke’s White Bay (the bar got its name from the soggy state of dollar bills after patrons swam ashore from anchored vessels), The Baths National Park on Virgin Gorda, with its beachside collection of enormous, jumbled granite boulders, and hiking at Norman Island for breathtaking views over both the windward and leeward sides. Locals often call Norman ‘Treasure Island’ because it was believed to be the inspiration for Robert Louis Stevenson’s classic by the same name.

Our final mooring in Trellis Bay back at Tortola comes as a shock. There’s no easy way to manage the re-entry to life on terra firma. With a smile, Captain Street hands me my one pair of shoes buried in the basket. He and his crew are pros at this; they see it every time.

The BVI sailing season is November to June, avoiding the Caribbean hurricane season, although some charters are
available in the summer months.