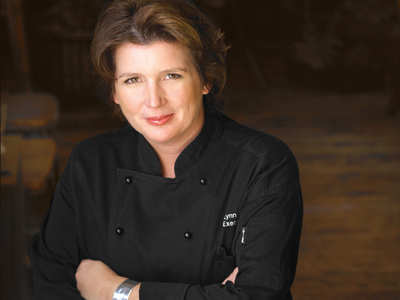 Cayman Cookout, the ultimate gourmet getaway that takes place at the The Ritz-Carlton Grand Cayman each year, announced that Chef Lynn Crawford will be the attending Canadian chef at the 2015 event. Crawford is chef/owner of Ruby Watchco in Toronto, opened in 2010 to critical acclaim. She is one of the highest profile chefs in the country having been Executive Chef of the Four Seasons Hotel in Toronto and New York City, and starring in the Gemini-nominated Food Network Canada show, Pitchin' In. Each year The Ritz-Carlton Grand Cayman host Chef Eric Ripert chooses a Canadian chef to be among the star-studded lineup at the luxe barefoot dinner party. This is the first time a female chef from Canada will attend. Past Canadian chefs in attendance included Chef Martin Picard of Au Pied au Cochon in Montreal, Chef Paul Rogalski of Rouge in Calgary and Chef Dale Mackay of Top Chef Canada fame. This exclusive epicurean adventure takes place February 15 to 18, 2015 and sells out quickly. Tickets go on sale in October.
caymanislands.ky