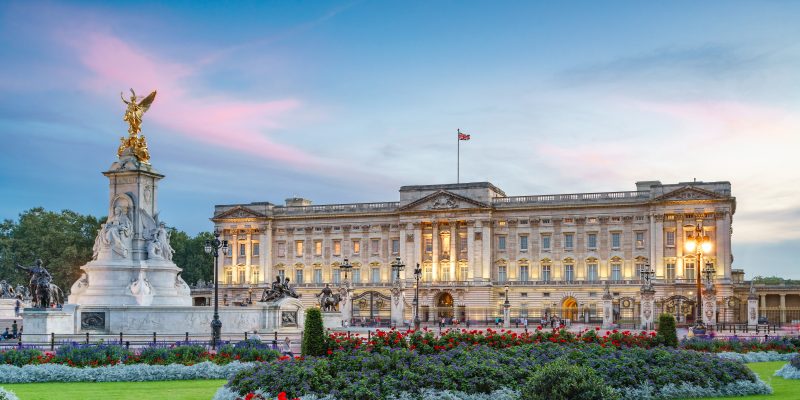 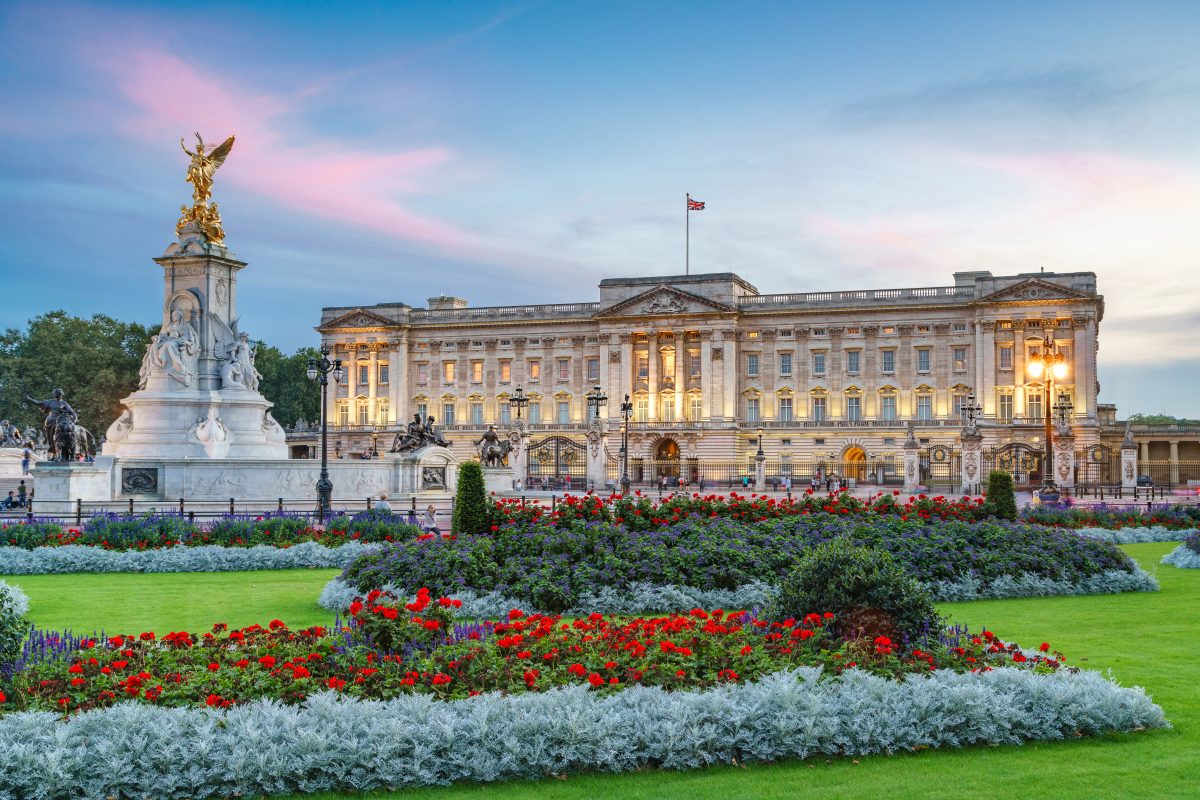 While we may never be royal, and frankly most of us would not want the headaches and heartaches of being royal, the truth is we are endlessly fascinated by the pageantry of royalty. The history, the drama, the palaces and crown jewels never lose their allure. So, when the chance comes to travel abroad safely once more, London has a backlog of noble adventures available for visitors with an interest in the pomp and circumstance of British royal life.

Like me, you may have spent several pandemic hours lost in the intrigue of the television series, The Crown. If so, London has new tours that will broaden your knowledge of the locations, the characters and the untold secrets of the royal family. There are walking tours or a combination of walking and driving tours. You can lunch in the same restaurant where Diana had that chilly encounter with Camilla, or view Clarence House and Lord Mountbatten’s London home.

If you are more adventuresome, set out on a self-guided royal walking tour, beginning at Buckingham Palace, ground zero for affairs of a noble nature. The palace is open to visitors for the summer months, but visits must be booked in advance. Just around the corner is Cleave, at No. 1 Buckingham Place, the bespoke jewellery store which specializes in state regalia and which made Meghan Markle’s diamond engagement ring. For real royal style, check out Lock & Co Hatters on St. James Street, the oldest hatmaker’s shop in the world, to find a great chapeau or a unique fascinator to take home, or just to ogle. Their hats have graced royal heads for generations, as well as the heads of commoners like Winston Churchill, Oscar Wilde and Jaqueline Onassis. Visit  Grieves & Hawkes at No. 1 Saville Row to see what the gentlemen are wearing these days or to order a bespoke suit. 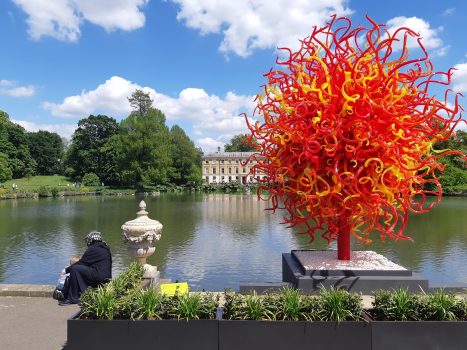 How about a romantic picnic in St. James Park, with a wicker hamper filled with lobster rolls, beef wellington shooters, Eton Mess, English cheeses and a bottle of sparkling wine? You can have the al fresco repast delivered to you or pick up your hamper at the Rubens Hotel ahead of time. Then, with the palace and the gardens for scenery, you can while away an afternoon of aristocratic leisure.

After your picnic, you may be in the mood for some royal fashion. Kensington Palace will feature Royal Style in the Making, opening June 3. It will showcase the wedding dress of Diana, Princess of Wales, on show for the first time in 25 years, in addition to a rare surviving toile from the 1937 coronation gown of Queen Elizabeth the Queen Mother. The temporary exhibition, housed in the newly redone Orangery will explore the relationship between fashion designer and royal client.

Fans of Hilary Mantel’s Wolf Hall and Bring Up the Bodies can immerse themselves in Tudor England at the Hampton Court Palace exhibition running this summer, “Gold and Glory: Henry V111 and The French King.” The exhibition will feature works of art, gold artifacts, weapons, manuscripts and clothing from the Field of Cloth of Gold, Henry VIII’s legendary encounter with his rival, the King of France. The show is displayed in the first floor apartments of Hampton Court, once used by Cardinal Wolsey.

While the large department stores, like Harrods, are a big draw, try shopping at the outdoor markets. Portobello Road Market is packed with curiosities, and Borough Market is a wonderful place for fresh food, and dozens of great little places to eat. Neal’s Yard is here, where you can sample some of the finest artisanal cheeses from across the kingdom. 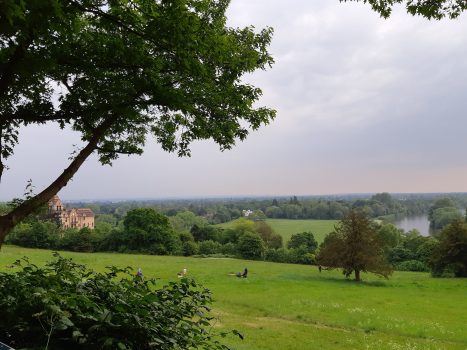 You might as well sleep like a royal while you are touring London’s imperial places. The Guardsman Buckingham Gate is a new boutique hotel that brags of being neighbours with Buckingham Palace, a six-minute walk away. With an entrance just off Buckingham Gate in St. James, the five star hotel has the feel of a private club. If you want to hang out like an aristocratic neighbour, consider booking one of the private residences where you can settle in with a sitting room, terrace and kitchenette. The Guardsman is within easy walking distance of Green Park, Horse Guards Parade, Clarence House and Whitehall as well as Westminster Abbey. There are two tube stations nearby. (I haven’t stayed at The Guardsman, as it opened during the pandemic. but the guest reviews are excellent.)

If you want to stay on the careful side, choose a hotel outside the crowded busy centre of London. The Kew Gardens Hotel, one of my London favourites, is charming, with small but immaculate rooms, an excellent breakfast and a welcoming pub that features live music on some evenings. It has an engaging English comfort, with the added benefit of being a short walk from the famous Royal Botanic Gardens Kew.  You can enjoy a tour of the gardens or visit Kew Palace, home of George II and Queen Charlotte and admire the views from the Great Pagoda. Visitors can tour the Royal Kitchens to learn about Georgian cuisine or visit the kitchen gardens that supplied most of the fresh ingredients for the royal feasts.

Kew feels like a village, even though it is so close to the city. It is home to the National Archives, where you can arrange to research your family tree by trawling through their 1000 years of records. It also holds a copy of the Doomsday Book, Guy Fawkes’ confession and Henry VIII’s letter of abdication.

There’s a Michelin starred restaurant, The Glasshouse, just down the street from the Kew Gardens Hotel, and you can walk to the train station. A 30-minute ride takes you into the heart of London. And Richmond, so upscale and beautiful, is in easy reach. Sunday roast in one of the pubs along the Thames in Richmond or an elegant lunch at The Ivy is a noble way to spend a summer afternoon. 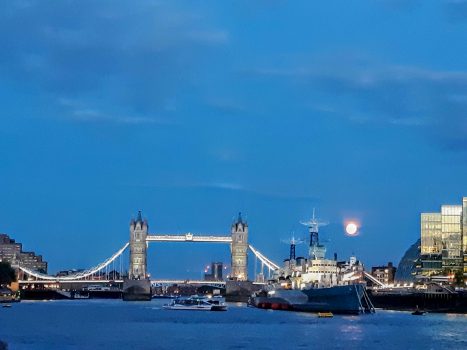 The Lodge Hotel on Upper Richmond in Putney is another good choice, and is also close to good dining, with a train station close by for quick access to the city. At Putney Bridge, you can catch the Thames Clipper, a commuter ferry boat that will take you right down the Thames to the Tower of London. You can enjoy a glass of wine while you sail and along the way, you’ll see many of the important buildings of the city.

If now seems too soon to venture to England, most of these royal indulgences will still be there when you are ready to travel, and next summer will be very special; it’s the Platinum anniversary of Queen Elizabeth’s 70 years on the throne.  Special events and celebrations have been planned all across the country to celebrate her reign.

Whether it is now or next summer, dust off your bowler hat and shine up the tiara – London’s regal best is waiting for you!

For the latest details about safe travel and the current regulations for London, visit the government website.