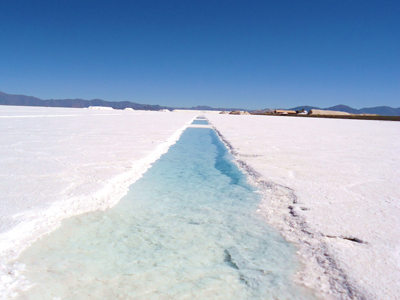 Explore the rarely seen with the new Salta: Adventure Tolar Grande travel itinerary from Say Hueque. The five-night/six-day adventure explores South America's favourite colonial cities as well as the Humahuaca Gorge UNESCO World Heritage Site. Designed for adventure travellers and photographers seeking the extraordinary, the tour begins  in the city of Salta in Argentina taking you all the way to the small town of Humahuaca and ending back in Salta with stops allowing you to explore local towns to take in the culture, history and the stunning visuals of such sites as Quebrada del Toro, the Salt Lakes and the Desierto del Diablo to name only a few. “We developed this off-the-beaten path itinerary because we wanted to offer the possibility to visit one of the most impressive and undiscovered parts of the region,” says Rafa Mayer, founder and team leader of Say Hueque.
sayhueque.com