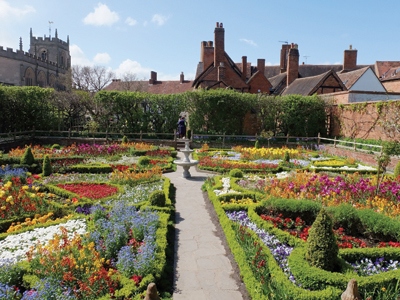 Big things are happening in England this year for the 400th anniversary of Shakespeare's death with much of the action taking place in Stratford-upon-Avon where the beloved playwright lived for a good portion of his life. The Shakespeare Birthplace Trust is transforming New Place, the site of Shakespeare's home for the last 19 years of his life, into a new heritage landmark. While living at New Place, Shakespeare wrote 26 plays resulting in the home becoming a major attraction as early as the 17th century, however, in 1959 the then-owner demolished the building out of annoyance from the constant flow of visiting Shakespeare enthusiasts. The re-imagined New Place is set to open this July and will include significant findings unearthed during an archaeological dig at the site that help to give insights into the family man, homeowner, and successful entrepreneur as well as specially commissioned artworks.
shakespeare.org.uk