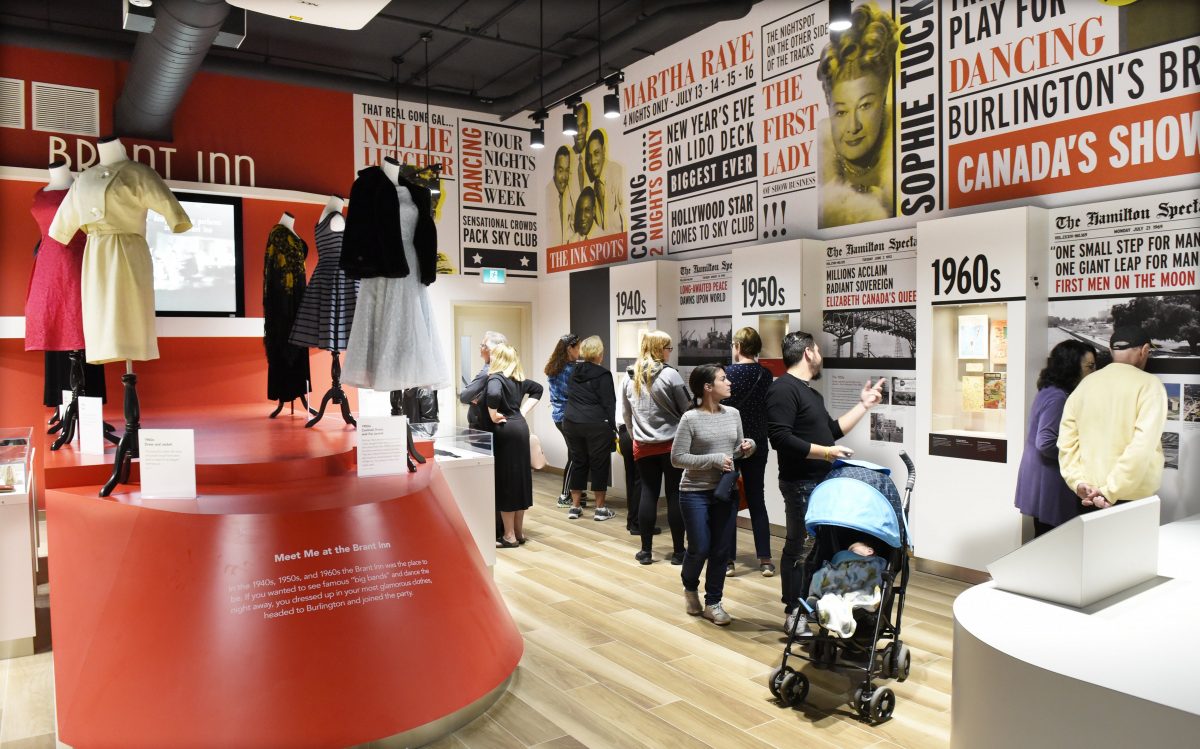 New contemporary space for all ages.

There’s a new reason to visit the Joseph Brant Museum. With 1200 square feet of space added to its original premises, the new space is modern and bright, offering an exciting array of interactive displays that depict the history of Burlington in ways that will appeal to all ages.

Start the tour by getting to know Joseph Brant, a charismatic Mohawk warrior and statesman also known as Thayendanegea. View the tools, implements and furnishings on display to explore Burlington’s early history from the mid-1700s to early 1900s.

Next stop is the 40s, 50s and 60s – considered the heyday of Burlington when the Brant Inn was the epicentre of the city’s society and social life. Louis Armstrong, Ella Fitzgerald and Liberace were among the performers to grace the inn’s stage during this golden era. Kids will get a kick out of the retro catalogues featured, including an Eaton’s Christmas catalogue and a 1966 Canadian Tire spring and summer issue.

Like pinball machines? Visit the special exhibition: Part of the Machine Rock and Pinball, on display until January 12, 2020. Straight from the Rock and Roll Hall of Fame in Cleveland, it features pinball machines alongside rock-related artifacts and merchandise. The next special exhibition, from February 1 to May 10, 2020 will be Giants, Dragons & Unicorns: The World of Mythic Creatures where magic, nature and culture collide.

There’s plenty for young kids, too. The Children’s Museum is a separate room devoted entirely to young ones. The exhibits are STEM-based and interactive for little hands and curious minds, including a life-sized Lite Brite and side by side stationary bikes (race anyone?)