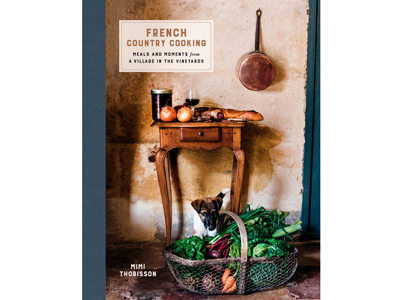 FICTION
Hag-Seed
by Margaret Atwood
Margaret Atwood is releasing the fourth novel in the Hogarth Shakespeare series with Hag-Seed, a retelling of The Tempest. Shakespeare is noted as the world's great “reteller” and the Hogarth Shakespeare series, a major international publishing initiative, aims to continue this tradition. In Atwood's take on the original Shakespeare play, Felix, a theatre director, is unceremoniously ousted from his role as Artistic Director of the Makeshiweg Festival which leads him to his new position teaching theatre in a prison where the possibility of revenge presents itself. Here, his cast find themselves taking part in an interactive and illusion-ridden version of The Tempest that will change their lives forever. Available October 11.
$29.95; penguinrandomhouse.ca

The Wonder: A Novel
by Emma Donoghue
Emma Donoghue, New York Times bestselling author of Room, returns with her latest book The Wonder: A Novel. In a village in 1850s Ireland, a little girl appears to be thriving after going months without food. As the story of this “wonder” travels, tourists and an international journalist sent to cover this remarkable fast flock to the O'Donnell family's modest cabin to witness young Anna's feat for themselves. To determine whether or not Anna is a fraud, Lib, an English nurse trained by Florence Nightingale, is hired to keep watch of the girl for two weeks. As Anna begins to deteriorate, Lib finds herself responsible for not only the care of the girl, but for getting to the root of why she may actually be the victim of murder in slow motion. Available September 20.
$32.99; harpercollins.ca

Small Great Things
by Jodi Picoult
Author of 23 novels including the major motion picture and New York Times bestselling My Sister's Keeper, Jodi Picoult brings us a timely novel with issues that resonate from the past to present with the release of Small Great Things. A white supremacist couple are admitted to hospital to give birth to a child when they request a change of nurse due to her skin colour. Not wanting Ruth, who is black, to touch their baby, the hospital complies with this demand only to later have the baby go into cardiac arrest while Ruth is on duty. Knowing the parents request, Ruth hesitates before rushing in to perform CPR, with this indecision resulting in tragedy. This unfortunate event results with Ruth on trial and being represented by a white public defender that warns her against bringing race into the courtroom. As the two come to develop a truer understanding of each other's lives, they begin to doubt the beliefs they each hold most dear. Available October 11.
$32; penguinrandomhouse.ca

MEMOIR
Canada
by Mike Myers
World-renowned actor, director, writer and beloved Canadian Mike Myers delves into the publication world with the release of his first book, Canada.  Part memoir and part history, Myers provides a thoughtful analysis of what makes Canada Canada, Canadians Canadians and what being Canadian has always meant to him. After all, as he says, “No description of me is truly complete without saying I'm Canadian.” This wholly subjective account of Myers' Canadian experience is illustrated in colour throughout with visual treasures that include personal photographs and Canadiana from his own collection. “Some might say, “˜Why didn't you include this or that?'” Writes Myers. “I say there are 35 million stories waiting to be told in this country, and my book is only one of them.” Available October 22.
$39.95; penguinrandomhouse.ca

99: Stories of the Game
by Wayne Gretzky with Kirstie McLellan Day
In honour of the NHL's 99th anniversary Wayne Gretzky, “The Great One,” is releasing his first book 99: Stories of the Game. In 99, Gretzky, arguably one of the greatest players in the game's history, gives readers an inside look at some of the NHL's greatest moments from his point of view. From the people who inspired and motivated him to the stories of players who ignited his imagination, much as he himself inspired the dreams of so many, Gretzky provides insight into the world of hockey with the wisdom of someone who knows its depths. Available October 15.
$35; penguinrandomhouse.ca

FOOD
Appetites: A Cookbook
by Anthony Bourdain
In his first cookbook in more than ten years, acclaimed chef and television host Anthony Bourdain blends his 40-plus years of professional cooking and globe-trotting into a collection of personal favourites. Dishes that, in Bourdain's opinion, everyone should know how to cook. Appetites: A Cookbook is a home-cooking and home-entertaining cookbook that combines Bourdain's years of prep lists and hyper-organization, resulting in a series of recipes from his own kitchen and travels and translated into a battle plan that will make you startling efficient in the kitchen. Available October 25.
$46.50; harpercollins.ca

Life in Balance
by Donna Hay
Bestselling author of 20 cookbooks, publisher of Donna Hay Magazine, newspaper columnist and food range and homewares creator Donna Hay is teaching readers to approach food in a realistic, sustainable and more balanced approach with the release of Life in Balance. “If there's one thing I've learned about myself, it's that I'm happiest when life is balanced,” says Hay. “Life in Balance is about embracing food and all its benefits. Each chapter, from breakfast to baking, has simple recipes enriched with nature's superfoods ““ think leafy greens, bright fresh berries, creamy nuts and nourishing grains. Plus, I've profiled all my power pantry staples for you, like chia seeds, coconut sugar and raw cacao. Let this book help you find your own perfect balance, while enjoying every bite.” Available October 18.
$34.99; harpercollins.ca

Cooking for Jeffrey: A Barefoot Contessa Cookbook
by Ina Garten
If there's one thing bestselling cookbook author and television host Ina Garten loves to do, it's cook for family and friends ““ most notably, her husband, Jeffrey. In her most personal cookbook to date, Cooking for Jeffrey: A Barefoot Contessa Cookbook, Garten shares the recipes that are most often requested by Jeffrey and their friends as well as charming stories from the couple's, many years together. Recipes include traditional dishes, updated by Garten, like Brisket with Onion and Leeks to new favourites like Skillet-Roasted Chicken and Roasted Salmon Tacos as well as new salads including Maple-Roasted Carrot Salad and Pancetta and Pecorino. To satisfy that sweet tooth there are simple recipes like Apple Pie Bars or showstoppers like Vanilla Rum Panna Cotta with Salted Caramel. And, for the first time, Garten has included a chapter devoted to bread and cheese alongside recipes and tips for creating the perfect cheese course. Whatever you choose to make, rest assured that Garten has tested these recipes over and over again, for the people she loves the most. Available October 25.
$45; penguinrandomhouse.ca