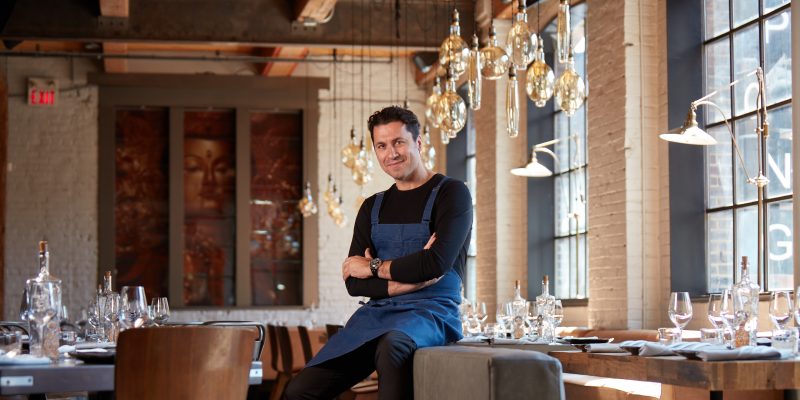 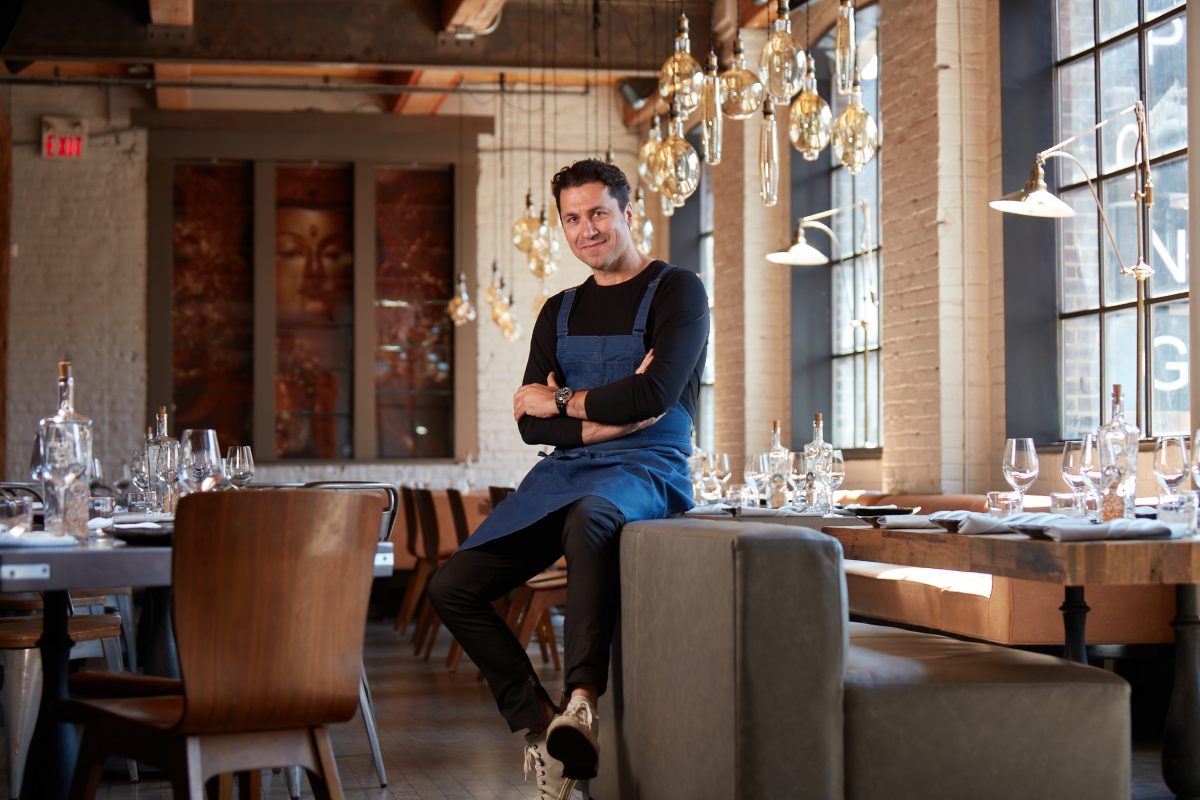 The Judge on MasterChef Canada discusses his colourful culinary career, his dream restaurant and his hopes for the post-pandemic revival of the local restaurant scene

Chef Claudio Aprile has become one of Canada’s beloved chefs thanks to his role as one of three judges on the hit TV show MasterChef Canada – alongside Chefs Michael Bonacini and Alvin Leung. With his charming smile and warm persona, it’s might be easy to forget that he’s been a force in Canada’s culinary scene with an impressive career that spans more than 35 years.

Born in Uruguay and raised in Toronto, Claudio Aprile tells West of the City that he informed his mother, at the age of five, that he wanted to become a chef. By age 18, Aprile was began his travels in pursuit of that goal, using the world as his culinary classroom. He’s visited 160 cities and 17 countries, working up through the ranks to become the successful restaurateur he is today. He returned to Toronto in 2000 and quickly earned acclaim as head chef at Senses where he was known for his innovative and experimental style. Aprile’s first restaurant, Colborne Lane, was lauded as one of the best restaurants in the world. He subsequently opened Origin – voted #1 restaurant by Toronto Life and Now Magazine, and later served as the culinary director of XANGO Toronto. He spoke with West of the City about how his travels influenced his culinary career, his experience on MasterChef Canada and his dream restaurant.

I was born in Uruguay and grew up in Toronto and was deeply inspired by my grandmother who would cook things like empanadas and ravioli. She would cook for private dinners and everyone loved her cooking. I had strong female role models – my mother was a seamstress as well as being a good cook. I loved watching how they could transform simple ingredients into flavourful meals. My father owned bars and restaurants. My first job, at age 14, was as a ‘filler’ at a donut shop. I would fill, actually overfill, the donuts with jelly and enjoy watching when people would bite into their donut and a huge amount of filling would overflow. I got fired from that job!

How did your international travels at age 18 influence your cooking style today?

My travels had a profound influence on my cooking, my approach to cooking and my curiosity, which I believe is one of my strengths. Travel was my school, and it still is. I have always believed that if you want to learn to make pasta you need to go to Italy. I realized this early on, so I sold my motorcycle, saved some money, bought a backpack and off I went on my culinary journey.

How were you able to land your first job at a Michelin-star rated restaurant?

In the 90s, chefs would offer ‘stages’ which are like professional sabbaticals where you were invited to work for free. I applied and was accepted, and as a young sous chef I submerged myself into cooking. Any money I had I spent on cookbooks and chef’s knives.

How did training in a Michelin-rated restaurant change your life?

The biggest takeaway from the Michelin experiences I’ve had is the constant pursuit of excellence in every way and in every facet of a kitchen and a restaurant. How you peel a potato, how you clean a counter, all these things matter. There’s something beautiful about watching someone at the height of their craft and that’s what Michelin is. Simple things matter. A lot of simple things done right add up to something profound…I think that’s a quote from somewhere.

When you returned to Canada in 2000 and opened Senses restaurant (followed by Colborne Lane and Origin), you quickly earned praise as a visionary and experimental chef. What were you doing that was unique?

Three things served me well: being rebellious, restless and curious. With Colborne and Origin, I wanted to create new and unique experiences for my guests by giving them dishes and flavours they hadn’t tasted before.

What foods or influences are on your radar now?

I would like to do something inspired by where I was born, but my own interpretation. Uruguay has an incredible food scene and I’m excited to learn more about its cuisine. Uruguay is known for their beef, so lots of beef dishes, open-fire cooking and empanadas. I would also love to use some of my grandmother’s recipes and my mom’s recipes. That would be my dream restaurant.

What are your go-to dishes to cook at home?

I’m not a big meat eater so I love anything with vegetables and find this exciting and rewarding. I like anything that maximizes flavour like a great vegetable curry, Thai food, soups and one-pot dishes.

You have been a judge on MasterChef Canada since 2014 as well as being a busy restauranteur. What has this experience been like for you?

Being on MasterChef Canada is one of the best things I have ever done. Michael, Alvin and I have a really special bond (fellow judges Michael Bonacini and Alvin Leung.) The three of us have gone through the same experience together and it took us out of our comfort zones. As a trio we come from different upbringings, geography and cuisines, but somehow our different experiences culminate in a special way. We don’t always agree on every decision, but we respectfully come to the same conclusion.

What is the biggest lesson you have learned from being on the show as a judge?

The biggest takeaway for me is that I have learned to be more sensitive when it comes to criticism. You must remember the person you are talking to, and although it may not be the best dish, it may be the best dish they have ever made.

How are you able to find work/life balance?

For anyone who is really driven in their career, it’s always a struggle to find a good life/work balance. During the pandemic I have spent more time with friends and family and cherish these moments. After this is all over, I imagine things will go back to somewhat normal.

What are your thoughts on how the restaurant industry will recover after the ravages of the pandemic?