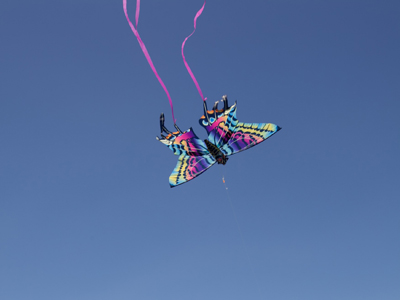 Oakville On Stage
The 47th season of Oakville On Stage comes to a conclusion with sisters Emily and Meghan Nenninger performing Bach Concerto for Two Violins while Oakville singers Norine Burgess and Charlene Pauls display their outstanding vocals.
The Oakville Centre for the Performing Arts
130 Navy St., Oakville
Saturday, May 9 & Sunday, May 10
From 8pm to 10pm
Tickets: Adults $51, Seniors $46, Students & Children $26
oakvillecentre.ca

Relay For Life
The national signature event of the Canadian Cancer Society for the past 15 years, Relay for Life raised $12.8M in Ontario last year alone to help in the fight against cancer. Walk or run your way around the track with friends, family and coworkers in this 12 hour event meeting individual and group goals while raising funds for vital support services and Canadian cancer research. Go online for more information or to register.
Bronte Creek Provincial Park
1219 Burloak Dr., Oakville
Friday, June 5 to Saturday, June 6
From 5pm to 5am
relayforlife.ca

Mississauga Waterfront Festival
With tons of family-friendly activities anyone can enjoy, new to this year's festival is the first ever Mississauga Waterfront Night Market presented by Night Market Canada Cultural Organization. The open-air market will operate day and night showcasing the multicultural lifestyle and cuisine of the city.
Port Credit Memorial Park
32 Stavebank Rd., Mississauga
Friday, June 12 from 6pm to 11:30pm
Saturday, June 13 from 11am to 11:30pm
Sunday, June 14 from 10am to 6pm
themwf.com

Veterans Salmon Derby
Show your support towards veterans and spend a fun-filled day on the shores of Lake Ontario with this fishing and boating derby hosted by HAVET Inc., a non-partisan organization that fosters supportive relationships between business, the public and Canadian Armed Forces Veterans in need. Be sure to stay until the end to see who wins the weigh-in for biggest fish caught followed by an awards ceremony for the Vets and BBQ.
Bronte Harbour (launch ramp)
2340 Ontario St, Oakville
Saturday, June 13
6am briefing, 7am to 12pm derby followed by weigh-in & BBQ
visitoakville.com

Oakville Festivals of Film and Art
Oakville's first and only independent film and arts festival, Oakville Festivals of Film and Art (OFFA) returns with the world festival premiere of A Woman's Story, a documentary that looks at the varied aspects of genocide through the eyes of three women who have experienced three different genocides within the 20th century.  A gala premiere-screening on Friday launches the festival which continues into the weekend with all-day showings at the film.ca theatre in Oakville.
The Oakville Centre for the Performing Arts
130 Navy Street, Oakville
Friday, June 26 to Sunday, June 28
From 9am to 11pm
offa.ca; film.ca

Canada Day Celebrations
Let your patriotism prevail this Canada Day and check out one of these local events to help get you through the mid-week hump.

Burlington
From 12pm to 10pm, Spencer Smith Park
1400 Lakeshore Road, Burlington
Listed as one of Festivals & Events Ontario's Top 100 events, Burlington's celebration will feature stilt-walking buskers, a Scholars in Collars dog show, a special performance by headliner (TBA) and closing with a fireworks display accompanied by the music of Symphony on the Bay.
burlington.ca

Bronte
From 11am to 11pm
Bronte Heritage Waterfront Park
2340 Ontario Street, Oakville
The free Canada Day shuttle bus runs again this year from 11am until midnight from the Burloak RioCAN Centre to Bronte Village so you can enjoy live music on two stages throughout the day, Vendor Village with food and merchandise from around the world, Beer Garden, evening fireworks display taking place off the Bronte Pier and many more surprises.
brontevillage.net/canada-day