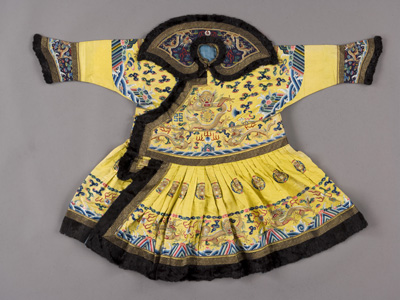 Explore the lives of China's emperors from both the Ming and Qing Dynasties at the Royal Ontario Museum's Forbidden Cities: Inside the Court of China's Emperor's. Presented by the Robert H.N. Ho Family Foundation and organized by the ROM in collaboration with Beijing's Palace Museum, the exhibit will take place from Saturday, March 8 to Monday, September 1, 2014. The Imperial Palace was home to the emperor, his family and thousands of servants and was strictly off limit to anyone else which aided in the creation of the name Forbidden City by the emperor's servants. “Our exhibition takes visitors on a remarkable journey to the heart of the Forbidden City, eventually to the personal study of the Emperor where few have ever been,” said Janet Carding, ROM Director and CEO. “With incredibly rare artifacts from Beijing's Palace Museum, augmented by objects from the ROM's own renowned collections, we tell the extraordinary stories and reveal the characters that, for centuries, made the Forbidden City the compelling centre of an immense empire.” Approximately 250 objects will travel to the ROM from the Palace Museum, many of these national treasures never before seen in North America. Pieces that will help make up the story of the Forbidden City include textiles, calligraphy, paintings, books, official documents, ceramics, silver, gold, jade, enamel, lacquer and wood. Shown, formal ceremonial silk robe, worn only once by six-year-old Emperor Tongzhi of the Qing Dynasty on his inauguration ““the day on which he assumed the throne in 1862.
rom.on.ca