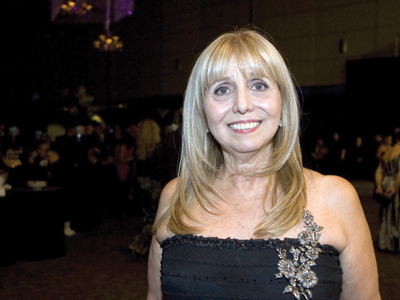 Donna Trella wanted a prognosis for her three-year-old daughter Dove.

At six-weeks old, Dove's fragile body was first rocked by a seizure. Then came another and another. The debilitating episodes remain a daily occurrence.

At the time, the single mom figured it was epilepsy, until the day her doctor bluntly told her, “Surely you know your daughter is mentally retarded and she'll be in a wheelchair by the time she's five.”

“Once you use the term handicapped, everything changes. She was kicked out of daycare at the tender age of four. I was told she should go to a program for children like her.”

It was the “children like her” part that rubbed Trella the wrong way.

Dove was immersed in what Trella describes as a seedy, segregated world for children with disabilities. It was a world where Dove was separated from her “normal” counterparts, and Trella would have none of it.

It was around that time her life took a turn.

In 1983 the mom of two founded Reach for the Rainbow, a province-wide organization dedicated to integrating handicapped children with other children.

Along with a friend, Trella began organizing a day of inclusivity at Ontario Place. The one-day event brought together children with disabilities and those without to celebrate their differences and strengths.

“From where we sat, we couldn't see who was handicapped and who wasn't,” Trella recalls. “I remember a grandmother telling me, “˜No one made me feel uncomfortable. Everyone there was accepting, tolerant, patient and loving. No one was cruel. For the first time I saw my granddaughter in a different light.'”

What lies at the heart of Reach for the Rainbow, says Trella, is the desire to change society's attitudes towards the special needs population through education, “even if we change them one at a time.”

The organization began partnering with summer camps to provide the supports needed to have children with disabilities attend. First, Trella and her staff make sure everyone at the camp is 100 per cent on board with taking in a new camper, then they make recommendations on how to adapt the programs for special needs children, bring in any special equipment, and provide a one-to-one support worker for each Reach for the Rainbow camper.

The organization maintains a zero rejection policy ““ any child who comes into the program gets placed.

Things got off to a slow start, with many camps reluctant to open their doors to children with special needs. In fact, Trella says the first camp to come on board sent the Reach for the Rainbow kids home within 24 hours.

But slowly, things began to turn around.

“It was our biggest challenge back then, and now we have camps approaching us and we don't have enough money to respond,” she says.

One summer, in what Trella describes as its heyday, Reach for the Rainbow worked with 65 camps to place 1,000 children and youth. This past summer the organization had 700 campers.

“When you're waking up two to three times a night to roll your child over, one week away is the best medicine in the world. Especially knowing your child is being well taken care of and your child is in a place they're wanted.”

As for the campers who play alongside the Reach for the Rainbow kids, she adds, “They are the employers of tomorrow. When someone arrives at their door to apply for a job, and they're in a wheelchair, someone who's gone to a Reach for the Rainbow camp looks at the individual as having no difference.”

This past November, Trella celebrated the 25th edition of the Crystal Ball, Reach for the Rainbow's signature fundraising event. As for the future of the non-profit, she says the next step is to take it national.

“It's time for this little mouse that roared to be heard. We pioneered integration in this province”¦it really is a philosophy that opens up doors. It changes people.”