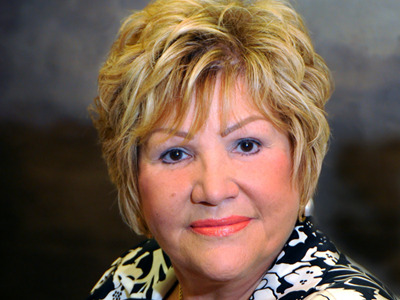 The word inspirational does not do justice when speaking of Lana Duke. A self-made multi-millionare and philanthropist, her story is worthy of our attention, as her life began in a world where she was not wanted.

With parents who handed her over to the Canadian foster care system, Duke suffered loneliness and abuse as a child. Passed around as if a rag doll, she eventually was granted foster parents that gave her a brief sense of family. In later years Duke would meet her natural parents at different intervals, only to have her father assault her and a mother who took advantage. Ironically, it would be as a teenager, held hostage in a bank that later she would be awarded the $50 that helped set her free.

“At 15 I ran, and shared an apartment in Toronto with two other girls, and I was the crazy one,” Duke laughs in light of her own past. “One of the girls wanted to be a stewardess, so I said wherever Julie is based will be our home.” That city would be New Orleans, and the beginning of a life for Duke.

“I don't have much fear. I have persistence. I was running away from the pain and hurt, and here people are hospitable ““ just accepting you for who you are. I knew this was my forever home. As the saying goes; “˜my heart keeps telling me ““ do you know what it means to miss N'orleans'.”

Destined to stay, she sold pots and pans to make a living. Shorty thereafter she worked for a local non-profit newspaper selling ads. She made so much money that her editor advised Duke to slow down. “I knew by then I could sell anything.”

Finding her niche, Duke was propelled to succeed in advertising, and opened her own company, Duke Unlimited Inc. With knowledge and her personal philosophy in hand, she went to meet with one of her “must have” accounts: Ruth Fertel, owner of  the two original New Orleans renowned Chris Steakhouses.

But it would be the personal relationship she shared with Ruth Fertel that would prove life altering. Having passed nine years ago, “Ruth continues to make an impact on me several times every day. She helped me believe in myself, she was my mentor, my friend, my mother, my sister, she was my family.”

In San Antonio, is the Roy Maas Youth Alternative where Duke holds numerous charitable events aiding forgotten children and in Canada one of her passions is Peel Children's Aid Society. Close to home is the Raintree Foster Care New Orleans where  girls have a computer lab and a house! “After Katrina hit, the devastation was too great. I just said to myself “˜what would Ruth do'…”

As the saying goes charity begins at home.  Born in St. Catherines, Duke is an avid fundraiser for the Peel Children's Aid Society. Relentless in helping at-risk children from various foster homes, she invites donors to support Peel Children's Aid by hosting a Thanksgiving feast for 50 children. Held at her own Ruth's Chris Steak House in Mississauga, the event allows the children to “feel” and “be real” by celebrating a Thanksgiving meal just like other kids. Duke talks to them as do esteemed guest speakers, such as Mayor Hazel McCallion.

“My Mississauga and Toronto restaurants have donated moral and financial support to Peel Children's Aid Foundation in order to improve the lives of children in Mississauga and Brampton who need encouragement and educational opportunities. Thanksgiving is not just about turkey and gravy. I think we all need to reach out and touch people.”

“As a direct result of my life I learned common sense and became acutely aware of not only people's feelings but their capabilities. Helping children like myself has and will always be my life mission. My heart is devoted to them.”