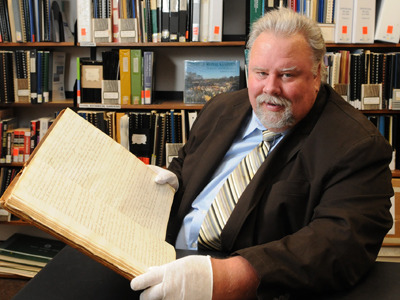 The Burlington Historical Society (BHS) is commemorating an historical milestone of its own this year with its 50th anniversary. The Society has been bringing together people interested in the bygone days of the Burlington area since October 1960. An affiliated member of the Ontario Historical Society, the main objective of the BHS is promoting and educating the community in Burlington's rich history.

This nonprofit volunteer organization of approximately 120 members is heavily involved in the community. Their members sit on the Heritage Burlington board, the Doors Open Organizing Committee and the BHS is a founding member of the Heritage Umbrella Group (HUG). There is evidence of their work on the streets in plaques fixed on the exterior of buildings 100 years or older. These plaques on Century Buildings showcase the date of the building and the original owner's name and occupation.

The BHS is also visible through monthly newsletters and meetings that run from January to May and again from September to November. Meetings at Burlington's Central Public Library are open to members and non-members. They consist of a brief talk by a member on Bits of Burlington History and a longer illustrated presentation by a visiting speaker. This year, speakers have included Richard Feltoe dressed in full regalia speaking on The War of 1812 and Professor Ken Weber on The Naughty Nineties, the Liberation of Women in Victorian Times.

The library also houses the BHS Archives, where the Burlington History Room provides a protective and secure environment for paper records and images related to the people and places of Burlington from about 1780 onwards and is open to the public by appointment. Currently, there are approximately 3,700 of these images for viewing online. “Museums tend to store or display artifacts whereas we display papers. We are not into cannonballs, muskets and stuff. We are into pictures, drawings, maps, letters”¦” says Dave Morris, president of the BHS.

Members write a monthly column for The Burlington Post, create self-directed published walking tours of the Downtown area and the BHS produces their own publications. The much-anticipated Brant Inn Memories is their most recent book. They have also begun the process of creating an oral history whereby older residents of Burlington are interviewed on their recollections of the past.

Over the course of the last 50 years, the Society has been instrumental in many areas including the formation of the Save Old Burlington Committee and the Local Architectural Conservation Advisory Committee (LACAC), securing Ireland House as a museum and restoring Paletta Mansion. Currently, they are involved in the quest to find a permanent home for Freeman Station.

Morris believes the BHS serves an essential role and that this anniversary is a significant milestone. “I think the BHS is vitally important and it gives people access to their history,” he says. “What happens down the road if we don't have somebody promoting and educating where we came from? Then who is going to know? I think you need to know and appreciate your history.”

To find out more about the Burlington Historical Society or to become a member visit burlingtonhistoricalsociety.ca.