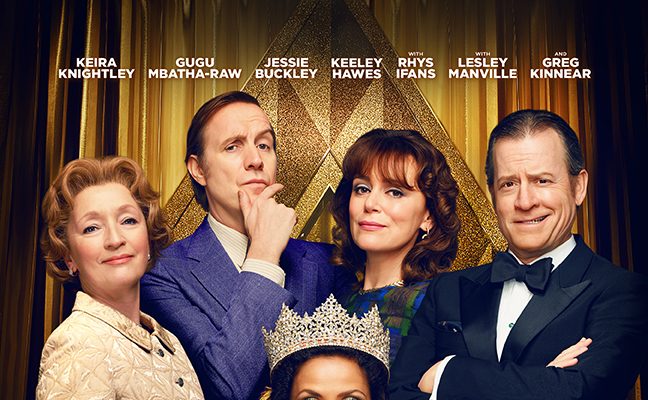 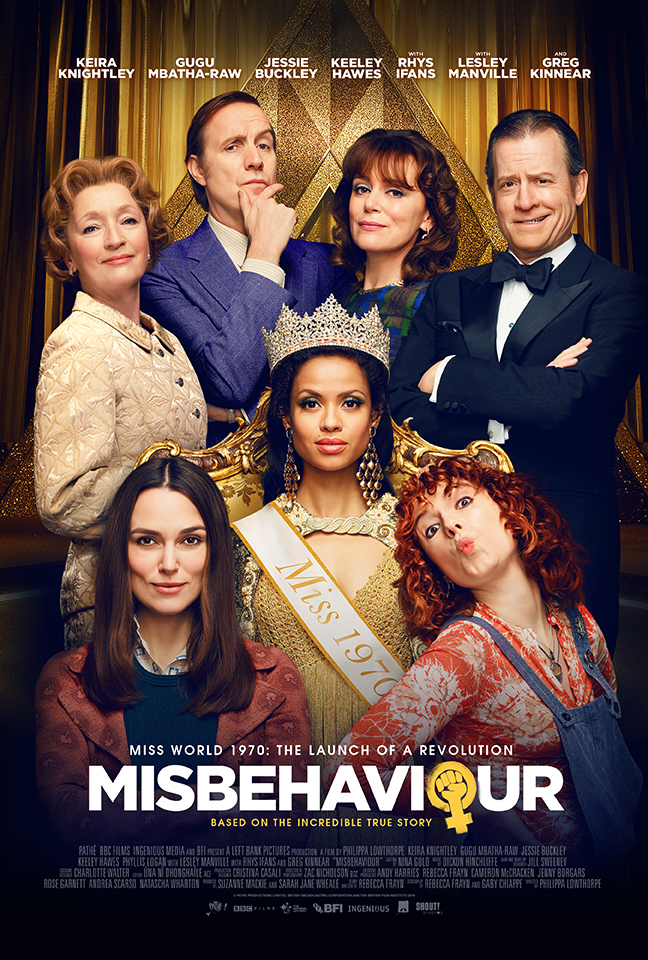 Time to get off your couch, grab your popcorn, and settle in your seats for the Canadian Premiere of this timely British feel-good comedy/drama inspired by Miss World 1970 Jennifer Hosten’s recently published book, Miss World 1970: How I Entered a Pageant and Wound Up Making History. You can buy your copy at the theatre and have it signed by Miss World 1970, Oakville citizen Jennifer Hosten.  Tickets are $25 each and include a $10 donation to Because I am a Girl Canada. Buy your tickets here.

Directed by Philippa Lowthorpe (The Crown, Three Girls) Misbehaviour is based on a true story, from a screenplay by Gaby Chiappe and Rebecca Frayn. The film stars Keira Knightley, Gugu Mbatha-Raw, Jessie Buckley, Keeley Hawes, Phyllis Logan, Lesley Manville, Rhys Ifans and Greg Kinnear. This true story focuses on a group of women who disrupted the 1970 Miss World competition in London, England, hosted by comedian Bob Hope. At that time Miss World was the most-watched TV show in the world with over 100 million viewers. Arguing that beauty competitions objectify women, the newly formed women’s liberation movement achieved overnight fame by invading the stage and disrupting the live broadcast of the competition. When the show resumed, the result caused an uproar: the winner was not the Swedish favourite but Miss Grenada, the first black woman to be crowned Miss World. The film highlights important themes so relevant today: a global audience confronting the patriarchal ideals of the pageant, the subversion of the Western ideal of beauty, and also issues of Racism faced by contestants. Misbehaviour is a film for our times with a message of liberation for women everywhere!

Tickets should be purchased asap,  as there are only 100 seats available, due to social distancing measures that have been put in place by the government due to COVID 19. Please bring masks to the theatre and take your assigned seating.