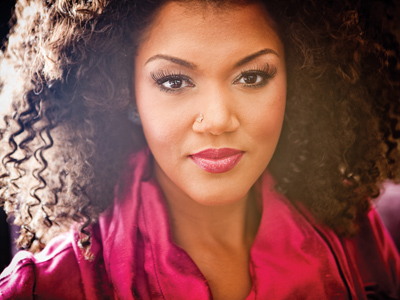 Comedian and television host Craig Ferguson is sure to start the New Year off on a funny note when he comes to Hamilton Place on January 24 for an evening of hilarity.

The Scotsman, who hosts The Late Late Show with Craig Ferguson on CBS, brings his show Hot & Grumpy! for one-night only. Outside of his gig as host of The Late Late Show, Ferguson had a recurring role as Drew Carey's boss on The Drew Carey Show and is also well-known for his comedic chops. He's sold out Carnegie Hall and Radio City Music Hall for his comedy shows, has three comedy specials under his belt, and won the 2009 Peabody Award for his interview with Archbishop Desmond Tutu. Tickets cost $39.50 to $66.75 and can be purchased through Ticketmaster.

On February 8, one of the true powerhouses in music, Elton John, comes to Copps Coliseum for what is sure to be a special concert. The pianist and vocalist's impressive resume stands for itself. He's sold more than 300 million records over the course of his career, has had more than 50 Top 40 hits and has won six Grammy Awards, five Brit Awards, an Academy Award, a Golden Globe award and a Tony Award. He's also a member of the Rock and Roll Hall of Fame. When he comes to Hamilton, he'll be touring in support of his his latest album, The Diving Board. It's his 31st studio album and features a dozen new songs written by John and his long-time lyricist Bernie Taupin. At the concert, John will be accompanied by his band that includes Davey Johnstone on guitar, Matt Bissonette on bass, John Mahon on percussion, Nigel Olsson on drums and Kim Bullard on keyboards. Tickets cost $55 to $179.75 and can be purchased through Ticketmaster
.
At the Oakville Centre for the Performing Arts, funk and soul act Tower of Power rolls into town for a concert on January 23. The band, around in various forms since the late 1960s, has released more than 20 albums during the course of its lengthy career. They also recorded big hits such as “˜Ain't Nothin' Stoppin' Us Now' and “˜You're Still A Young Man.' As well, they've toured with artists such as Sly Stone and Creedence Clearwater Revival. The band has also performed on recordings by Elton John, Smokey Robinson, Rod Stewart, Aerosmith and Dionne Warwick. In 2004, the band was honoured by the California Music Association with a Lifetime Achievement Award. Tickets cost $72 to $83 and can be purchased by calling the box office at 905.815.2021.

At the Burlington Performing Arts Centre, talented Canadian soprano Measha Brueggergosman brings her soaring operatic sound for a concert on February 20. Many will know the singer from her performance at the opening ceremonies during the 2010 Olympic Winter Games in Vancouver. She's been nominated for two Juno Awards, winning the 2008 Juno for Classical Album of the Year for her album Surprise. Tickets cost $55 to $69 and can be purchased by calling the box office at 905.681.6000.

Those who love to laugh won't want to miss The Second City's 40th anniversary show when it comes to the Milton Centre for the Arts on January 24. Be prepared for lots of hilarious sketch comedy and likely some improvisational bits as well. The show may contain coarse language. Tickets cost $32 to $35 and can be purchased by calling the box office at 905.878.6000.

Comedy is on the menu when the affable Debra DiGiovanni comes to the Living Arts Centre on January 22 as part of her Late Bloomer tour. Many will recognize her from her regular appearances on MuchMusic's Video on Trial. Her self-deprecating style of humour is clearly a hit, garnering her a 2007 and 2009 Canadian Comedy Award for Best Female Comedian. She was named Canada's Best New Stand Up in 2002. She has also won a Gemini Award for Best Individual Comedy Performance. She's currently a regular on Comedy's The Match Game. Tickets cost $42.50 and can be purchased by calling the box office at 905.306.6000.

At Brampton's Rose Theatre, Canadian rocker Kim Mitchell comes for a concert on February 7. He's written and recorded a number of party anthems that people of all ages are sure to know, including “˜Go For Soda,' “˜Patio Lanterns' and “˜I'm a Wild Party.' He's also a three-time Juno Award winner for Male Vocalist of the Year. He got his start with the band Max Webster before embarking on a solo career and is also currently a radio host on Q107 in Toronto. Tickets cost $48 to $58 and can be purchased by calling the box office at 905.874.2800.

Some other shows to consider if none of the above tickle your fancy include multi-platinum Canadian rockers Hedley at Copps Coliseum on February 26 and early Canadian alt-rock pioneers I Mother Earth on March 8 at the Oakville Centre for the Performing Arts.