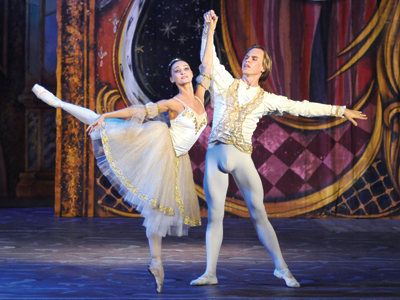 Maroon 5 has a lot going for them. The band has a hunky lead singer and frontman in Adam Levine and a string of hits to their name. And, they will be making a stop at the FirstOntario Centre in Hamilton on March 1. The band's most recent release was 2014's V but the guys did release the single “Don't Wanna Know” featuring Kendrick Lamar earlier this fall. Maroon 5 have won multiple Grammy, Billboard and American Music awards over the course of their career. The band's third studio album Hands All Over peaked at number two on the Billboard charts. Tickets cost $30.50 to $126 and can be purchased through Ticketmaster.

For those who like a more punk-influenced sound, Rock and Roll Hall of Fame inductees Green Day hit the centre on March 20 for a concert. They will be joined by Against Me! The band released its latest album, Revolution Radio, earlier this year but most fans would point to 2004's American Idiot as the band's tour de force. Green Day has sold tens of millions of albums around the world and has won multiple Grammy Awards as well. Tickets cost $39.50 to $99.50 through Ticketmaster.

Hamilton boys Arkells returns to their old stomping grounds for a concert at the centre on February 10. The band's current tour is in support of the well-received fourth studio album Morning Report, which produced the popular single “Private School.” Tickets cost $36 to $81 through Ticketmaster.

Children of the 1990s can check out one of the biggest Canadian bands from that decade when The Tea Party makes a stop at the Oakville Centre on February 16. The band enjoyed big success with its willingness to embrace an eclectic mix of sounds and styles to create its own and enjoyed a number of hits such as “Temptation” and “Heaven Coming Down” as well as a cover of “The Messenger.” Tickets cost $59 to $70 and can be purchased by calling the box office at 905.815.2021.

Another staple of the “˜90s, Lisa Loeb, has a concert the next evening (February 17) at the centre. Her biggest hit was “Stay” (I Missed You), which catapulted her into the public's consciousness with its sweet but sad message. Tickets cost $39 to $50 and can be purchased through the box office.

An immersive one-man show using original music and theatre to tell the story of two brothers living the hip-hop life happens at the Burlington Performing Arts Centre January 19 to 21. Sébastien Heins is the writer and performer behind Brotherhood: The Hip Hopera and he uses hip-hop, R&B, rap, soul, funk and gospel music to tell the story. Tickets cost $35 to $40 and can be purchased by calling the box office at 905.681.6000.

David Bowie might be gone but his music lives on, especially his groundbreaking album The Rise and Fall of Ziggy Stardust and the Spiders from Mars. A concept album that produced hits including “Starman” and “Suffragette City,” it's arguably the musician's most influential but also most misunderstood work. It's being presented at the Milton Centre for the Arts on February 18 by Classic Albums Live. Tickets cost $48 to $52 and can be purchased by calling the box office at 905.875.5399.

For those looking for a little culture beyond rock and roll, the Living Arts Centre plays host to a performance of Cinderella by the State Ballet Theatre of Russia on February 4. The full-length ballet is presented in two acts and is inspired by the fairy tale about the mistreated heroine who shines like a sun when given the chance. Vladimir Vasiliev, former principal dancer with the Bolshoi Theatre Ballet, choreographs the performance. Tickets cost $55 to $90 and can be purchased by calling the box office at 905.306.6000.

A pair of magicians will take part in a light-hearted rivalry at the Rose Theatre in Brampton on January 19 as part of Battle of the Magicians. Ray Anderson and Richard Forget go head-to-head in the show that's billed as a mix of comedy and illusion. Tickets cost $30 to 44. To purchase, call the box office at 905.874.2800.