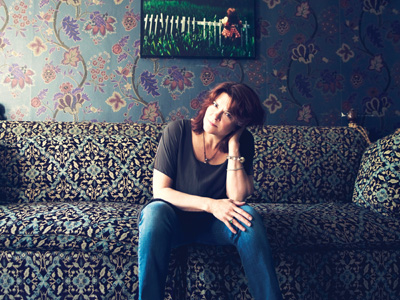 Fans of the '80s glam metal scene won't want to be anywhere but Copps Coliseum in Hamilton on July 17 when two of the genres true superstars come for a concert. The United Kingdom's Def Leppard will partner with Poison for the show in Steeltown. Also on the bill is Lita Ford. The bands are coming to town as part of the Rock of Ages 2012 Tour. Def Leppard made a name for themselves in the early 1980s with a string of hit albums. However, the 1983 release Pyromania produced one of the band's most popular songs, “Photograph”, and helped turn the band into one of the most iconic of the era. It also had the tune “Rock of Ages”. Both hit number one on the American rock charts. A few years later, the band released the massive Hysteria that went on to sell more than 20 million copies worldwide. Poison, meanwhile, were responsible for the hugely-popular ballad “Every Rose Has Its Thorn” and a number of other hit tunes including “Talk Dirty to Me” and “Nothin' But a Good Time”. Tickets cost $68.75 to $105.25 and can be purchased through Ticketmaster.

On July 20, get ready to laugh when comedian Jim Gaffigan comes to Hamilton Place. He's a veteran stand-up comic who's appeared in a number of movies and television shows including 17 Again and Going the Distance. He's also had regular bits on The Daily Show and The Tonight Show with Conan O'Brien. Clips of his latest stand-up routine, Mr. Universe, can be viewed at Gaffigan's website. It opens with the comic riffing on his love of McDonalds. Tickets cost $46.25 to $53.25 through Ticketmaster.

The daughter of Johnny Cash, Rosanne Cash, brings her sound to Hamilton Place for a concert on August 15 with special guest Bahamas. She earned a Grammy Award for the song “I Don't Know Why You Don't Want Me” and has received nine other Grammy nominations over the course of her career. The singer/songwriter has had a number of country hits over the years, including “The Way We Make a Broken Heart” and “Blue Moon with Heartache”. Tickets cost $50.25 to $53.25 through Ticketmaster.

For those who want to know much, much more about their favourite bands, one of the most respected names in the Canadian music industry comes to town on September 14. Alan Cross, who many will remember from his days as program director of radio station 102.1 The Edge, will be at The Molson Canadian Studio at Hamilton Place to talk about music. He currently hosts The Secret History of Rock, which is the successor to the long-running The Ongoing History of New Music. Tickets cost $35.25 through Ticketmaster.

Performances are sparse throughout the summer months, although at the Oakville Centre for the Performing Arts there will be a Classic Albums Live presentation of The Beatles' seminal releases Rubber Soul and Revolver on July 12. The two albums, the band's sixth and seventh studio releases respectively, produced major hits such as “Eleanor Rigby”, “Good Day Sunshine”, “Yellow Submarine” and “Drive My Car”. They also showed off a deepening maturation of the band's sound. Classic Albums Live features live musicians playing the albums note-for-note as they were written. Tickets cost $53.99 to $64.99 and can be purchased by calling the box office at 905.815.2021.

The Rose Theatre in Brampton will be busy over the next few months with a number of community performances of plays and musicals including Forever Plaid, The Last 5 Years, Storm Warning and Barefoot in the Park. As well, Canadian actor and singer Ramin Karimloo, who has appeared in the Phantom of the Opera in London, England's West End, will present an evening of some of his favourite songs on September 7. He'll perform songs from Phantom of the Opera, Les Misérables and Love Never Dies as well as tunes from his debut album. Tickets cost $45 to $55 and can be purchased through the box office at 905.874.2800.

At Stage West Theatre in Mississauga, the 1960s musical Why Do Fools Fall in Love? continues until September 9. Written by Roger Bean, who penned The Marvelous Wonderettes, it follows four young women at a bachelorette party. And, it's filled with some of the best songs of the 1960s including “My Boy Lollipop”, “I Will Follow Him”, “You Don't Have to Say You Love Me” and “Hey There Lonely Boy”. For show times and ticket prices, call the box office at 905.238.0042.