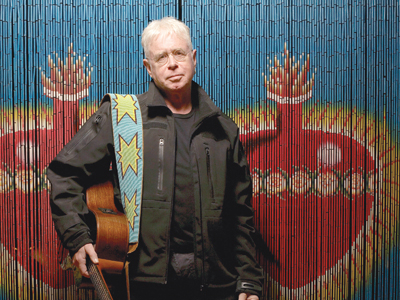 Popular classical vocalist Sarah Brightman is making her way to Copps Coliseum in Hamilton for a concert, albeit a little later than originally planned. The singer, who performs in a number of different languages, was scheduled to play Copps in January but had to reschedule and her concert on September 13 is the make-up date. Tickets that were purchased for her original show will be honoured at the upcoming concert. Meanwhile, Brightman has had a solid stage career and has starred in a number of Broadway musicals including The Phantom of the Opera. She's coming to town as part of the Dreamchaser World Tour in support of her new studio album, Dreamchaser. Tickets cost $69.50 to $144.50 and can be purchased through Ticketmaster.

On September 12, popular Irish tenor Daniel O'Donnell comes to Hamilton Place Theatre for a performance. His music is billed as a mix of country and Irish folk and he's recorded a number of albums and sold more than 10 million records throughout his career. O'Donnell first appeared on the music scene in 1983. With a devoted fan base back home, “˜Wee Daniel' as O'Donnell is known is crossing the seas to perform live for his North American fans. Tickets costs $56.50 to $96.50 and can be purchased through Ticketmaster.

At the Burlington Performing Arts Centre, prolific Canadian musician Bruce Cockburn comes for a concert on August 29. He's recorded more than two dozen albums, won countless awards and has had his works covered by artists such as the Grateful Dead”š Jerry Garcia and the Barenaked Ladies. Some of his songs include “Pacing The Cage,” “Lovers In A Dangerous Time” and “If I Had A Rocket Launcher.” Two years ago, he released Small Source of Comfort, which was his first studio album in five years. Tickets cost $80 and can be purchased through ticketpro.ca.

And, sadly, Stage West in Mississauga closed its doors at the end of June. While the hotel will continue to operate, they will no longer be showing live dinner theatre.

At Brampton's Rose Theatre, your best bet is checking out some community theatre over the summer months. Through July and August, there will be numerous presentations of 12 Angry Men, Little Shop of Horrors and The Melville Boys. For dates, times and prices, visit rosetheatre.ca.

If you haven't yet had a chance to see the show that revolutionized musical theatre around the world, CATS, has been extended in Toronto at the Panasonic Theatre until Sunday, September 1.

Composed by Andrew Lloyd Webber and based on Old Possum's Book of Practical Cats' and other poems by T. S. Eliot, CATS opened in London in 1981 where it ran for 21 years. The Broadway production, which opened in 1982, ran for 18 years. Both set long-run records as the second longest-running show in Broadway history, and the fourth longest-running West End musical.

It's been 28 years since legendary producer Marlene Smith, Nu Musical Theatricals chairperson, first produced Andrew Lloyd Webber's blockbuster show at the pre-renovation Elgin Theatre in Toronto. This time around, Smith is collaborating with her son, Geoffrey Smith, Executive Producer; Classical Theatre Project's David Galpern and Charles Roy; and Starvox Entertainment president Corey Ross. This is the first resident Canadian production in Toronto since the original Canadian production of CATS opened in 1985, launching the age of the mega-musical in Canada.