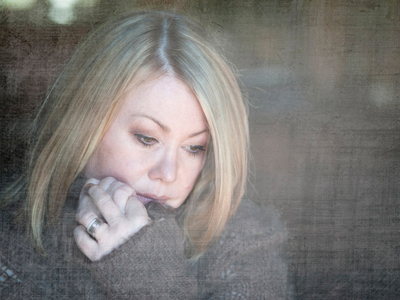 Looking for something to do over the summer months? There are plenty of shows, concerts and events happening in and around the GTA sure to entertain.

American grunge pioneers Alice in Chains are bringing their sound to FirstOntario Centre (formerly Copps Coliseum) in Hamilton on August 22. The band has dealt with its fair share of tragedy and change over the years after forming in the late 1980s in Seattle. The band still has two of its original members and their current lineup includes Jerry Cantrell, Sean Kinney, Mike Inez and William DuVall. The band has been nominated for several Grammy Awards throughout their career and has sold more than 20 million albums. They've also recorded popular songs such as “Rooster” and “Man in the Box.” In 2009, the band released its fourth studio album Black Gives Way to Blue. Last year, they released their fifth studio album The Devil Put Dinosaurs Here and are touring in support of the release. Tickets cost $52.25 to $84.25 and can be purchased through Ticketmaster.

Armed with a new album, Canadian singer and songwriter Jann Arden comes to Hamilton Place on September 18 for a concert. The musician, who has won multiple Juno Awards including Songwriter of the Year in 1995 and 2002, released the 12-track Everything Almost earlier this year. Arden, who's also an accomplished author having released a trio of books, is known for some of her hit songs such as “Could I Be Your Girl” and “I Would Die For You.” She also has her own star on Canada's Walk of Fame. She will be joined by special guests Jill and Kate at the concert. Tickets cost $62.25 to $100.25 and can be purchased through Ticketmaster.

Fans of improvisational comedy won't want to miss it when Whose Live Anyway? returns to Hamilton Place on September 26. The 90-minute show stars Ryan Stiles, Greg Proops, Joel Murray and Jeff B. Davis and the quartet will be creating comedy skits and songs on-the-spot based on audience suggestions. The live show brings some of the performances and games that were popularized on the television program Whose Line Is It Anyway, which it's based on. There will also be plenty of new bits for the audience to enjoy. Tickets cost $47.75 to $75.25 and can be purchased through Ticketmaster.

Cerebral folk-inspired artist Suzanne Vega has a new album and brings her sound to the Oakville Centre on September 20. The singer and songwriter, who penned the thoughtful and popular song “Luka,” released her eighth studio album Tales from the Realm of the Queen of Pentacles earlier this year. It was her first album of new material in seven years. Vega has been credited with inspiring a generation of female singers including Tracy Chapman and Indigo Girls. Tickets cost $67 to $78 and can be purchased by calling the box office at 905.815.2021.

For those of you with little ones looking for a day out, Disney Junior Presents The Imagination Movers comes to the Living Arts Centre in Mississauga for a pair of performances on September 28. The Imagination Movers are a group of four friends who came together with the idea that children wanted music that appealed to them and wasn't dumbed down simply because of their age. That idea eventually led to the foursome creating the popular kids television show. The Emmy Award-winning show debuted on the Disney Channel in 2008 and has spawned a series of CDs and DVDs. Tickets cost $26 to $76 and can be purchased by calling the box office at 905.306.6000.

Fans of the Canadian band Lighthouse wont want to miss it when the band rolls into the Rose Theatre in Brampton for a concert on September 26. The Juno Award-winning band, which combines rock and jazz with classical influences, has been making music for four decades and have penned some massive hits including the bouncy “Sunny Days,” “One Fine Morning” and “Pretty Lady.” The band's current lineup includes a core of the original band including Skip Prokop, Ralph Cole, Paul Hoffert, a horn section with originals Russ Little and Steve Kennedy and lead vocalist Dan Clancy. Tickets cost $48 to $64. To purchase, call the box office at 905.874.2800.