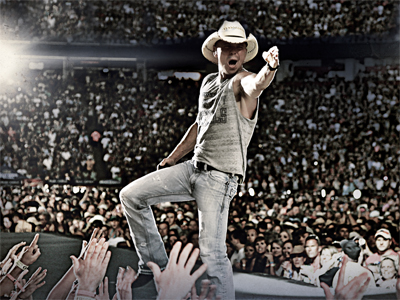 Journey, the band behind one of the most recognizable and frankly fun rock songs of all time, is coming to Hamilton's FirstOntario Centre on July 25. Music lovers of all ages can't help but know what's arguably the band's biggest hit “Don't Stop Believin'.” Many people have danced to it at weddings and parties and even the younger generation has heard it through its use in the wildly popular television shows The Sopranos and Glee. While “Don't Stop Believin'” was a huge hit, it wasn't the bands only chart-topper. They had success with other singles including “Open Arms” and “Who's Crying Now.” Journey has sold millions of copies of their albums over the years and the band's current lineup includes Neal Schon, Jonathan Cain, Ross Valory, Deen Castronovo and Arnel Pineda. The upcoming tour marks the first time the band has embarked on a strictly cross-Canada tour. Tickets to check out Journey's classic arena rock sound cost $85.25 to $115.25 and can be purchased through Ticketmaster.

If the down home sounds of country music is more your thing, you won't want to miss Kenny Chesney at FirstOntario Centre when his Big Revival Tour makes a stop in Hamilton on August 20. The tour is named after Chesney's latest album, which he released last summer. The Tennessee native has won multiple Academy of Country Music and Country Music Association awards and has written and recorded a number of hit songs including “There Goes My Life,” “The Good Stuff” and “Summertime.” At the upcoming concert, Chesney will be joined by special guests Jake Owen and Chase Rice. Tickets cost $54 to $111.50 and can be purchased through Ticketmaster.

If you have young ones at home, or are a bit of a youngster at heart, there's a chance to see some popular comic book heroes come to life when Marvel Universe Live hits the FirstOntario Centre for multiple shows from August 6 to August 9. Comic books and fandom in general seem to be en vogue lately with films such as The Avengers: Age of Ultron doing gangbusters at the box office. At the show, super heroes such as Spider-Man, Iron Man, The Hulk, Black Widow and more will come to life in a show featuring special effects, pyrotechnics, stunts and martial arts displays as the heroes battle legions of villains. Tickets cost $32.75 to $112.75 and can be purchased through Ticketmaster.

Most everyone loves The Beatles. And, it's almost impossible to stop tapping your toes and humming to the incredibly catchy “Ticket to Ride” or get intense feelings of nostalgia and wistful lament when listening to “Yesterday.” You will be able to hear those songs performed live, albeit not by the original Beatles lineup, but by professional musicians nonetheless when Classic Albums Live presents Help! on September 19 at the Oakville Centre. At the concert, live musicians will play the album as it was written. Tickets to check out the show cost $54 to $65 and can be purchased by calling the box office at 905.815.2021.

At the Milton Centre for the Arts, it will be an evening of gospel music when Grace Expression Ministries presents Milton Praise Night. The concert will feature the Toronto Mass Choir. Tickets cost $5 to $16 and can be purchased by calling the box office at 905.878.6000. Meanwhile, those looking for a smorgasbord of music, theatre, dance, visual arts, film and photography can enjoy Culture Days. The free festival runs September 25 to September 27 and includes performances by the Milton Philharmonic Orchestra, Friends for Harmony, Milton Players, The Dance Class and more.

He's a little bit country, a little bit hip-hop and a little bit rock and roll. And, they call him Big Smo. Hailing from the dirty south, the musician had been grinding it out for a number of years with independent and smaller label releases before getting his big break with the major label release of his album Kuntry Livin' last year. He comes to the Rose Theatre in Brampton for a concert on September 10. Tickets cost $31 to $47 and can be purchased by calling the box office at 905.874.2800.