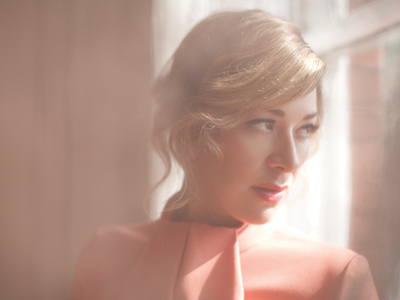 Do you have a little one at home who loves Disney's collection of memorable characters?

If so, you won't want to miss Disney On Ice: Princesses & Heroes when it comes to FirstOntario Centre (former Copps Colliseum) March 13 to 16 for a number of performances. At the shows, some of Disney's most beloved characters get their moments in the sun. The audience can watch Ariel as she dreams of a life beyond the sea, witness Prince Philip cast down the evil Maleficent while he rescues Sleeping Beauty and enjoy the exploits of Jasmine and Aladdin. Others popular characters in the show include Cinderella, Belle, Snow White, Rapunzel and Tiana. Tickets cost $20.75 to $72.75 and can be purchased through Ticketmaster.

For those who love to rock, one of the popular metal bands of all time, Black Sabbath, comes to FirstOntario Centre for a show on April 11. The band (vocalist Ozzy Osbourne, guitarist Tony Iommi and bassist Geezer Butler) launched their 2013 world tour last spring to coincide with the release of Black Sabbath: Live”¦ Gathered in Their Masses. Last year, the band also released the studio album 13 after a lengthy sabbatical (their previous studio album was 1995's Forbidden). Tickets cost $40.25 to $143.25 and can be purchased through Ticketmaster.

If metal isn't your thing, maybe the soothing, distinctly Canadian sound of Gordon Lightfoot is more up your alley. Lightfoot, or Gordie as he's known by many of his fans, has a concert on May 7 at Hamilton Place. The Orillia-native has released a string of songs admired by both his fans and other musicians around the world, including “˜For Lovin' Me,' “˜The Wreck of the Edmund Fitzgerald' and others. In 2004, he released his twentieth album, Harmony. Tickets cost $40.75 to $114.50 and can be purchased through Ticketmaster.

At the Oakville Centre for the Performing Arts, actor Jim Belushi shows off the comedic chops that made him a staple of television when he appears for a performance with The Chicago Board of Comedy on April 30. The show was originally scheduled for January 25 but had to be cancelled and rescheduled. A graduate of Saturday Night Live and The Second City, Belushi has more than three decades of comedy experience. He's also bringing some funny guys and gals with him as part of the Chicago Board of Comedy, including his son Robert Belushi, Megan Grano, Jon Barinholtz and Brad Morris. Tickets cost $72 to $83 and can be purchased by calling the box office at 905.815.2021.

At the Burlington Performing Arts Centre, the melodic sounds of Canadian chanteuse Jill Barber will be on display when she comes for a concert on May 2. While the sultry singer has an extensive repertoire of songs to draw upon, expect a few tunes from her latest album Chansons. It includes the singer's interpretations of classic French songs from both France and Quebec, along with her first single, a cover of Edith Piaf's “˜Sous le ciel de Paris.' Tickets cost $45 to $49 and can be purchased by calling the box office at 905.681.6000.

At the Living Arts Centre in Mississauga, former teen heartthrob Frankie Avalon comes for a Hammerson Hall performance on March 15. Well-known for his singing and musical career, he also shifted to film and has starred in 30 movies including Beach Blanket Bingo and others. There's plenty to talk about when it comes to his career, including being inducted into the Rock and Roll Hall of Fame in 1995. He's had a number of hit songs, including “˜De De Dinah' and “˜Venus.' Tickets cost $55 to $85 and can be purchased by calling the box office at 905.306.6000.
As well, singer Taylor Dayne comes to the Living Arts Centre for a concert on March 27. The popular vocalist has had a number of Top 20 singles on the charts including “˜Tell it to My Heart,' “˜Love Will Lead You Back' and “˜Prove Your Love to Me.' She's sold more than 75 million albums worldwide. Tickets cost $40 to $80 and can be purchased through the box office.

The audience at the Milton Centre for the Arts will be transported back in time ““ musically, that is ““ at the Anything Goes concert on April 25. Singer Barbra Lica is accompanied by the Grand Salon Orchestra under the direction of Kerry Stratton as they perform music that made the 1920s such a wild era for music. Enjoy tunes by Gershwin, Cole Porter, Jerome Kern and other popular music from that period. Tickets cost $37 to $42 and can be purchased by calling the box office at 1.866.257.0004.

At the Rose Theatre in Brampton, the Peking Acrobats come for a performance on March 28 that's sure to wow the audience. Watch as they defy gravity with their incredible displays of contortion and control. The performance includes live music and special effects as the tumblers show off their stuff. Tickets cost $53 to $67 and can be purchased by calling the box office at 905.874.2800.