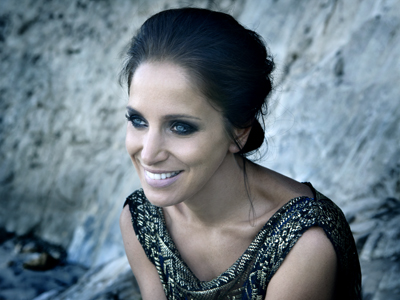 A celebration of the best of Canadian music is coming to Hamilton and fans can be there in person to enjoy the performances and award presentations when the 2015 Juno Awards come to the FirstOntario Centre in March.

The weeklong festivities culminate with the awards presentation, which will be broadcast live from the FirstOntario Centre on Sunday, March 15. The Junos is celebrating its 44th anniversary this year and the live show will feature performances from artists such as Hedley, Kiesza, MAGIC! and Shawn Mendes. More performers are anticipated to be announced soon. Tickets cost $113.25 to $166.75 and can be purchased through Ticketmaster.

If you have little ones at home, head down to the FirstOntario Centre to catch Disney on Ice's Passport to Adventure performance. The show stars some of Disney's most popular characters, including Mickey, Minnie, Donald and Goofy, as they head out on an adventure to the worlds of The Lion King, The Little Mermaid, Peter Pan and Lilo & Stitch. There will be multiple performances between March 19 and March 22. Tickets cost $16.25 to $74.75 and can be purchased through Ticketmaster.

On April 29, Grammy Award-winning artist John Mellencamp comes to Hamilton Place for an evening of music. The prolific artist has enjoyed a number of hits over the years, including “Jack & Diane” and “Paper in Fire,” and released his 22nd studio album Plain Spoken in September. Tickets to check out the Rock and Roll Hall of Fame musician cost $89.50 to $158.75 and can be purchased through Ticketmaster.

At the Oakville Centre, Mississauga smooth jazz guitarist Rob Tardik comes to the centre's Studio Theatre for a concert on April 18. The former Canadian Smooth Jazz Guitarist of the Year released his most recent album, Limitless, in late 2013. Tickets cost $33 to $47 and can be purchased by calling the box office at 905.815.2021.

On March 29, the theatre troupe Visible Fiction comes to the Oakville Centre for a performance of The Adventures of Robin Hood. The show follows a group of good-hearted rogues as they rob from the rich and give to the poor in Sherwood Forest. It's recommended for those aged seven and up. Tickets cost $20 and can be purchased through the box office.

At the Burlington Performing Arts Centre, the Vienna Boys Choir comes for a concert on March 26. The popular choir has a repertoire that includes Austrian folk songs and waltzes, classical compositions, pop songs, holiday favourites and more. Tickets cost $25 to $59 and can be purchased by calling the box office at 905.681.6000.

On April 9, Canadian singer and multiple Juno Award-winner Chantal Kreviazuk appears at the Burlington centre. While she's had her own hit songs, such as “Before You,” she's also established herself as an in-demand songwriter having written songs for artists including Pink, Carrie Underwood and Drake. Tickets cost $53 to $59 and can be purchased through the box office.

Those looking to laugh can head down to the Milton Centre for the Arts on April 17 to check out the Just for Laughs Road Show. The popular touring show, now in its 12th year, will make its first-ever stop in Milton. Show organizers are letting people know it's for mature audiences because it may contain coarse language and offensive content. Tickets cost $42 to $44 and can be purchased by calling the box office at 905.878.6000.

At the Living Arts Centre in Mississauga, the music of Frank Zappa lives on at the Zappa Plays Zappa concert on April 2. Zappa's son Dweezil and his band will perform the music of Frank Zappa exactly as he wrote it. As a solo artist and with the band Mothers of Invention, Zappa released more than 60 albums throughout his career. He died in 1993. Tickets cost $50 to $75 and can be purchased by calling the box office at 905.306.6000.

On April 24, Canadian rocker Kim Mitchell comes to the Living Arts Centre. Many will know his hits such as “Go For Soda” and “I'm a Wild Party.” Tickets cost $40 to $60 and can be purchased through the box office.

Fans of comedian and television personality Rick Mercer who were hoping to grab tickets to see him at the Rose Theatre in Brampton on April 14 will be bummed to hear that the show is sold out. However, the Blues Hall of Fame Tour featuring Charlie Musselwhite, James Cotton and John Hammond comes to the Rose Theatre on April 25. The performers are all members of the Blues Hall of Fame and organizers say it's a rare opportunity to see three inductees perform live at the same show. Tickets cost $68 to $80 and can be purchased by calling the box office at 905.874.2800.