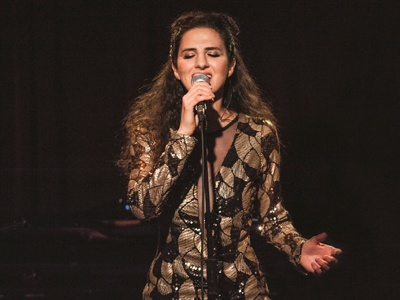 He's made a name for himself worldwide as one of his generation's most successful crooners, and fans won't want to miss Michael Bolton when he stops by the Living Arts Centre in Mississauga on June 3. Bolton is a multiple Grammy Award-winner who has sold more than 53 million albums over the course of his career. He's put his signature vocal stamp on some major hits over the years, including “When A Man Loves A Woman”, “Time”, “Love and Tenderness” and “How Can We Be Lovers”, among others. In 2011, he released Gems: The Duets Collection featuring the singer performing duets with artists such as Seal and Rascal Flatts. He also became somewhat of an Internet sensation when he performed as Captain Jack Sparrow in a parody comedy video that has garnered more than 100 million YouTube views. Tickets cost $80 to $120 and can be purchased by calling the box office at 905.306.6000.

On May 20, all the best music of Broadway will be presented at Hamilton Place when operatic pop crossover group Il Divo comes for a performance. The foursome's currently touring in support of their sixth studio album, A Musical Affair. It's the group's first compilation of songs inspired by Broadway shows such as the Phantom of the Opera, Carousel and West Side Story. The album includes performances by Barbra Streisand and Kristin Chenoweth. The foursome has sold more than 26 million albums around the world. Tickets cost $104.75 to $158 and can be purchased through Ticketmaster.

If pop music and opera aren't your thing, maybe you'd prefer a little bit of “˜rassling? WWE Live will be bringing all the drama, cheap shots, flying elbows and theatrics fans have come to love about wrestling to the FirstOntario Centre on June 14. Just some of the wrestlers slated to appear include The Shield, Big Show, Kane, Christian and Alberto Del Rio, plus many more. However, organizers of the event are warning that the lineup could be subject to change. Tickets cost $15 to $95 and can be purchased through Ticketmaster.

The laughs are sure to be hearty and you can bet there will be a bunch of them at Hamilton Place on June 28 when comedian Brian Regan swings by as part of his ongoing comedy tour.

Back in 2011, Regan released his second popular comedy album, All By Myself. But, that's not all the comic has accomplished in his career, having starred in two Comedy Central  specials and releasing a couple of DVDs (The Epitome of Hyperbole in 2008 and Brian Regan Standing Up in 2007) along the way. He made his first appearance on The Late Show with David Letterman in 1995 and has appeared on the program a staggering 25 times. His 1997 comedy album, Brian Regan Live, has sold more than 150,000 copies and is a popular choice on iTunes. Tickets cost $55 and can be purchased through Ticketmaster.

On May 31, Juno Award-winning band The Skydiggers come to the Molson Canadian Studio in Hamilton for a concert. The band has been around since the 1980s and has released a number of albums during their career. They've had some hits on the Canadian charts with tunes such as “A Penny More” and “I Will Give You Everything”. Tickets cost $33.25 to $39.25 and can be purchased through Ticketmaster.

The audience at the Oakville Centre for the Performing Arts will be treated to the sounds of Canadian Juno Award-winning jazz pianist, vocalist and songwriter Laila Biali when she comes to town on June 19. The musician, who was nominated for a 2011 Juno in the Best Vocal Jazz Album of the Year category for her latest release Tracing Light, has toured with artists such as Suzanne Vega and recorded with Sting. She also recorded and released the live album Live in Concert that was taped during a performance in 2012 at the Glenn Gould Studio in Toronto. Tickets cost $41 to $52 and can be purchased by calling the box office at 905.815.2021.

Fans of the King can swing by the Burlington Performing Arts Centre on May 15 to check out Steve Michaels as he recreates the music of Elvis Presley from the musician's famous 1968 television special in Comeback to 68. He'll be joined by a cast of dancers, singers and musicians as he takes listeners on a musical journey through Presley's career right up to the 1968 special. Tickets cost $44.03 to $50 and can be purchased by calling the box office at 905.681.6000.

On May 25, the Brampton Festival Singers present the A Little Bit Country concert at the Rose Theatre. The singers, under the direction of Robert Hennig, will perform selections from the various eras of country, everything from classic to new country. Expect performances of songs made popular by artists such as Johnny Cash, Dolly Parton and John Denver. Tickets cost $25 and can be purchased by calling the box office at 905.874.2800.