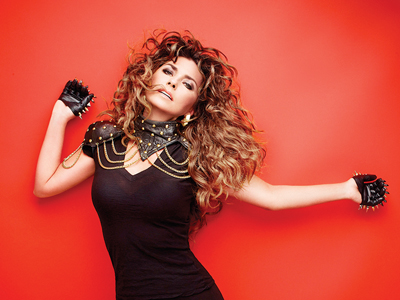 The Queen of Canadian country is heading back on tour in North America after more than a decade and you can bet that Shania Twain's legions of fans are going to turn out in droves to check out her live shows. The Rock This Country tour kicks off June 5 and will stop by the FirstOntario Centre in Hamilton on June 22. At the concert, Twain will be joined by special guest Wes Mack. The singer is both a powerhouse at home and abroad, having sold more than 75 million albums throughout her career. Her debut, self-titled album helped raise her profile while her second album, The Woman in Me, really propelled the singer into the limelight. It featured singles such as “Any Man of Mine” and “Whose Bed Have Your Boots Been Under?” Twain's third album, Come on Over, had scores of hit songs including “You're Still the One” and “Man! I Feel Like a Woman!” The singer is a multiple Grammy Award-winner who also belongs to the Canadian Music Hall of Fame. Tickets cost $71.75 to $197.75 and can be purchased through Ticketmaster.

On May 24, Canadian jazz vocalist and pianist Diana Krall comes to Hamilton Place for a concert. The Grammy Award-winning artist also has a new album, Wallflower, which was released earlier this year. It's her take on some of the pop tunes that had a big impact on her in her youth, such as “California Dreamin'” by The Mamas & the Papas and “Don't Dream It's Over” by Crowded House. The upcoming show, part of a wider tour, will feature a number of songs from the new album as well as tunes from some of the Juno Award winner's other albums. Tickets cost $93.75 to $141.50 and can be purchased through Ticketmaster.

Those looking for a combination of music and comedy can check out “Weird Al” Yankovic when he comes to Hamilton Place for a concert on July 17. The musician, who's best known for parodying popular songs to comedic effect, will make a stop as part of his 2015 Mandatory World Tour. It's in support of his latest album, Mandatory Fun, which was released last year. Yankovic has won multiple Grammy Awards and gives his hilarious take on artists such as Iggy Azalea and Robin Thicke with the new album. Tickets cost $58.25 to $79.75 and can be purchased through Ticketmaster.

Fans of the hilarious and fantastic Kids in the Hall can check out their live show when it comes to Hamilton Place on April 27, and Counting Crows will be at Hamilton Place on May 12 for a concert. Tickets to both can be purchased through Ticketmaster.

The good music continues at the Oakville Centre on June 27 when Classic Albums Live presents Purple Rain. It was the sixth studio album by Prince and the Revolution and it helped secure Prince's legacy as one of the most popular musicians in American rock history. No wonder, considering it produced massive hits such as “When Doves Cry” and “Let's Go Crazy.” Tickets cost $54 to $65 and can be purchased by calling the box office at 905.815.2021.

American touring dance company Aspen Santa Fe Ballet will be making a stop at the Burlington Performing Arts Centre on May 20. The troupe, which is based both in Aspen and Santa Fe, has been entertaining for almost two decades. Tickets cost $25 to $45 and can be purchased by calling the box office at 905.681.6000.

The Milton Players Theatre Group will present their take on the comedy Moon Over Buffalo at the Milton Centre for the Arts with shows May 1 to 3 and May 7 to 9. The play follows George and Charlotte Hay, a pair of fading stars from the 1950s grinding out their careers in upstate New York. Things aren't going well between the couple but there's a smidgen of light at the end of the tunnel when they get word they might have a final shot at stardom. Tickets cost $28.40 and can be purchased by calling the box office at 905.878.6000.

The live theatre continues at the Living Arts Centre in Mississauga with a production of Neil Simon's comedy The Odd Couple. Galahad Theatre Productions will tell the funny tale of the recently-divorced men Oscar Madison and Felix Unger in the centre's RBC Theatre July 14 to 16. The two are wildly different but decide to live together and, unsurprisingly, the sparks start to fly. Tickets cost $25 to $75 and can be purchased by calling the box office at 905.306.6000.