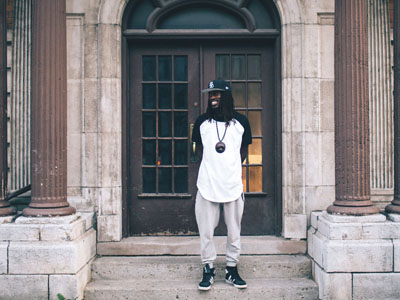 He's won multiple Grammy Awards, belongs to the Rock and Roll Hall of Fame and is the man behind several iconic and timeless tunes so, if you love music James Taylor's appearance at the FirstOntario Centre in Hamilton on May 8 is one you won't want to miss. The masterful singer/songwriter rose to prominence with the single “Fire and Rain,” crushed a cover of Carole King's “You've Got a Friend” and hit a home run with “How Sweet It Is” (To Be Loved By You). He's reportedly sold more than 100 million albums throughout his career and will be armed with some new material at the upcoming concert. Last year, he released the recording Before This World and it's his first new album of original material in more than a decade. Tickets cost $69.50 to $89.50 and can be purchased through Ticketmaster.

Those curious to see what the creative genius of James Cameron and the innovative minds at Cirque du Soleil could produce if they ever got together can head down to the FirstOntario Centre for a live performance by the troupe inspired by one of the filmmakers biggest hits. Toruk ““ The First Flight is a live stage show presented by Cirque du Soleil that draws its inspiration from Cameron's 2009 blockbuster Avatar. Toruk, in the language of the indigenous Na'vi people in the film, refers to a mighty animal that rules the sky and it also plays an extremely important role in the Na'vi culture. The show runs May 20 to May 22. Tickets cost $45 to $135 and can be purchased through Ticketmaster.

More than 5,000 years of Chinese civilization is on display at the Hamilton Place Theatre on May 10 and May 11 when the performing troupe Shen Yun comes for a live show celebrating the country's rich history of music and dance. Using those two mediums, the performers will share stories of heavenly realms, ancient legends and modern heroic tales. Tickets cost $60 to $125 and can be purchased through Ticketmaster.

Be prepared to be whisked away, musically that is, to the Mediterranean when The Oakville Symphony hosts its Mediterranean Cruise concert the weekend of May 14 and May 15 at the Oakville Centre. The music of Spain, France and Italy will be featured at the concert, which includes performances by guest artists Irina Muresanu on violin and soprano Clodagh Earls. Tickets cost $26 to $54 and can be purchased by calling the box office at 905.815.2021.

On May 8, Canadian children's performers Sharon, Bram & Friends come to the Oakville Centre's Wilson Auditorium for a pair of live concerts. The audience can expect to enjoy beloved songs such as “Five Little Monkeys” and “Skinnamarink.” Tickets cost $20 and can be purchased through the box office.

At the Burlington Performing Arts Centre, there's a whole bunch of concerts and performances on tap. On May 5, the nine-piece string ensemble Collectif9 presents an evening of classical musical. On May 6, there's the '60s Xperience show while on May 7 Top Hat Marching Orchestra presents some of the best music from film including Star Wars, James Bond, Superman and more. On May 13, the Burlington Concert Band presents its Reaching for the Stars concert while on May 15 there will be a concert featuring Symphony on the Bay's take on Last Night at the Proms. Burlington Student Theatre presents the stage version of Xanadu on May 27 while Symphony on the Bay is back May 28 with its Orchestra for Kids concert.

Tickets to the above-mentioned shows can be purchased by calling the box office at 905.681.6000.

Over at the Milton Centre for the Arts, everyone's favourite green ogre Shrek gets the musical treatment when Milton Youth Theatre Productions presents Shrek the Musical Jr. from May 26 to May 29. Follow Shrek as he heads off on a quest to save Princess Fiona. Tickets cost $15 to $20 and can be purchased by calling the box office at 905.878.6000.

Mississauga hip-hop artist Jonathon “Junia-T” Lindo gets to perform for the hometown crowd when he hits the Living Arts Centre for a concert on July 23. He released the album Eye See You in 2014 and is reportedly working on an upcoming instrumental project. He's collaborated with a number of artists from the GTA scene including Rich Kidd and Tanika Charles. Tickets cost $25 to $30 and can be calling the box office at 905.306.6000.

At the Rose Theatre in Brampton, the Brampton Festival Singers are presenting some of the best music from some of the biggest musicals Broadway has hosted at the Broadway Showstoppers concert on May 29. There will be songs from iconic shows including West Side Story, Hairspray, The Sound of Music, Phantom of the Opera and Fiddler on the Roof, plus many more. Tickets cost $25 and can be purchased by calling the box office at 905.874.2800.