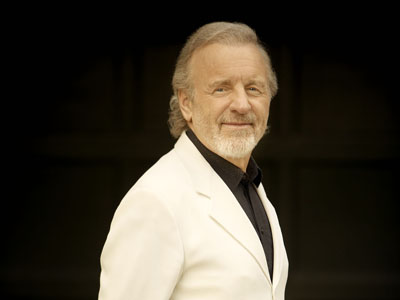 Who doesn't love the Christmas holidays?

It's a time of year spent with family, relaxing around a roaring fire with a mug of hot chocolate in hand and is a wonderful opportunity to relax from our busy lives while enjoying what truly matters.

However, if that sounds like just an awful way to spend your holidays, you might want to head down to Hamilton Place on December 1 for a much different take on Christmas by checking out the Trailer Park Boys' Ricky, Julian and Bubbles as they present the Dear Santa Claus, Go F#ck Yourself Tour. Fans of the long-running television program will be glad to hear that the boys' adversaries Randy and Mr. Lahey will also be tagging along for some holiday mayhem. In the show, Bubbles tries to spread the true meaning of Christmas, but Julian wants to find a way to cash in on the season and Ricky becomes obsessed with trying to meet Santa. Tickets cost $58.50 to $66.50 and can be purchased through Ticketmaster.

Those looking to add some rock to their holidays can check out Juno Award-winners Monster Truck when they hit the Hamilton Place stage on December 22. The Hamilton natives will be winding up a Canadian tour with the show in their hometown. The band is touring in support of their full-length album Furiosity, which produced the hard-charging and funky single “Sweet Mountain River.” Tickets cost $35.50 and can be purchased through Ticketmaster.

In the new year, be prepared to be dazzled by the culture, dance, music and art of China when Shen Yun comes with an all-new show for performances on January 11 and 12 at Hamilton Place. The production features nearly 100 artists, 400 costumes and a live orchestra and will transport the audience on a journey through 5,000 years of Chinese civilization. Tickets cost $57 to $132 and can be purchased through Ticketmaster.

Singer and musician Sinead O'Connor will be performing at the Oakville Centre for the Performing Arts on December 2 and 3 as the only Canadian dates on her American Kindness Tour. The multiple Grammy Award-winner burst onto the music scene in the early 1990s when she covered Prince's song “Nothing Compares 2 U.” She's released a number of albums over her career, including her debut The Lion and the Cobra. Tickets cost $115 to $125 and can be purchased through the box office at 905.815.2021.

At the Burlington Performing Arts Centre, it will be an eclectic and unforgettable night of music when tenor Colm Wilkinson presents his Broadway, Christmas and Beyond concert on December 1. Celebrated for his stage performances as Jean Valjean in Les Miserables and the title character in the Phantom Of The Opera, Wilkinson also had a role as the Bishop of Digne in the 2012 film version of Les Miserables. Tickets cost $80 and can be purchased through the box office at 905.681.6000.

For many people, the holidays just aren't the holidays without a performance of the classic ballet The Nutcracker. Fans of the ballet, which was originally composed in 1892 by Pyotr Ilyich Tchaikovsky, will get to see a distinctly Canadian adaptation at the Milton Centre for the Arts on November 24. This version features winter landscapes, Mounties and backdrops inspired by the works of several Group of Seven artists. Tickets cost $35 to $42 and can be purchased through the box office at 905.878.6000.

At the Living Arts Centre in Mississauga, Canadian new wave pioneers Spoons are in town for a concert on November 21. The band, which was formed in 1980 in Burlington by Gordon Deppe and Sandy Horne, is armed with a relatively new album, Static in Transmission. The band released its first album, Stick Figure Neighbourhood, in 1981. However, its second album, Arias & Symphonies, released a year later, established the band's reputation. It spawned three Top 40 hits in Canada, including “Nova Heart,” “Arias & Symphonies” and “Smiling in Winter.” The band went on to release several more albums, including Talkback and Listen to the City, among others. It also released Unexpected Guest at a Cancelled Party, a compilation of unreleased material, in 2007. Tickets cost $28 to $45 and can be purchased through the box office at 905.306.6000.

In Brampton at the Rose Theatre, the always-funny Gerry Dee is sure to leave the audience laughing when he swings into town on December 6 as part of his The Real Mr. D. Comedy Tour. Dee is the star of CBC's Mr. D. who spent a decade as a high school teacher before venturing into the world of comedy and acting full-time in 2003. Earlier this year, he won Best Performance by an Actor in a Continuing Comedic Role at the Canadian Screen Awards for his role in Mr. D., which he created, writes and stars in. At his live show, Dee will riff on a variety of subjects including marriage, fatherhood and his career as a teacher. Tickets cost $59 and can be purchased through the box office at 905.874.2800.