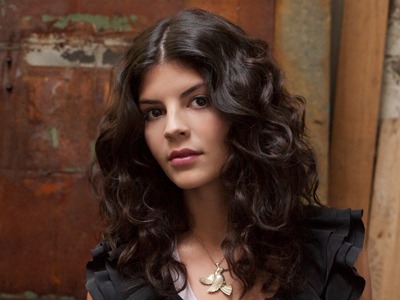 With the holidays over, and the stress that comes with weeks of hectic planning hopefully receding, now is the time to reward yourself for a job well done and a holiday well-planned. If a night out to see a show is your thing, there's plenty of options available.
Canadian rockers Finger Eleven will swing by Hamilton Place on January 24 as part of the Life Turns Electric Tour. Also on the bill are special guests The Envy and Elias. The band got its start in Burlington in the early 1990s and has released six studio albums, including this year's Life Turns Electric. Some of the Juno Award-winning band's more popular songs include “Paralyzer,” “I'll Keep Your Memory Vague” and “One Thing.” Tickets cost $36.75 to $46.25 and can be purchased through Ticketmaster.
If country is more your thing, you won't want to miss Brad Paisley who will be joined by special guests Darius Rucker and Jerrod Niemann for a concert on January 28 at Copps Coliseum. Paisley is having a pretty successful 2010, winning Entertainer of the Year at the Country Music Awards and Favourite Male Country Artist at the American Music Awards. He's also a three-time Grammy Award winner who has released nine albums, including 2010's double-album Hits Alive. Tickets cost $62.50 to $87.50 and can be purchased through Ticketmaster.
One of the first female-led bands to really rock hard, Heart, is coming to Hamilton Place on February 9. The band has seen a few line-up changes over the years, but the one constant has been sisters Ann and Nancy Wilson. Selling more than 35 million albums over the course of its career, the band has produced memorable hard rock singles such as “Barracuda,” “Crazy on You” and “Magic Man.” Tickets cost $77.75 to $102.75 and can be purchased through Ticketmaster.
Other shows include Goo Goo Dolls with special guest Steven Page on February 18 at Hamilton Place and Joel Plaskett with special guest David Myles on March 10 at The Studio at Hamilton Place. Show times and ticket prices can be found by visiting hecfi.ca.
Fans of the late, great Michael Jackson won't want to miss a Classic Albums Live production of arguably the artist's best, Thriller. It takes place at the Oakville Centre for the Performing Arts on January 19. Thriller sold more than 100 million copies internationally and contained the smash hits “Beat It,” “Billie Jean” and “Thriller.” At the concert, a live band faithfully performs the album for the audience. Tickets cost $51.99 to $62.99 and can be purchased by calling the box office at 905.815.2021.
Canadian new wave band Platinum Blonde, members of the Canadian Music and Broadcast Industry Hall of Fame, hit the centre for a concert on February 26. The band, which performed hits such as “Standing In the Dark” and “Crying Over You” will be donating a portion of the proceeds from the show to Big Brothers Big Sisters of Halton. Tickets cost $58.99 to $69.99 and can be purchased through the box office.
For theatre buffs, The Second City presents Stephen Harper! The Musical on March 4. Penned by the Shehori brothers and Jay McCarrol, it's billed as a “melodic, satirical romp through the trials and tribulations of everyone's most beloved/hated/well-coiffed Prime Minister.” Tickets cost $38.99 to $49.99 and can be purchased through the box office.
Theatre Burlington presents Neil Simon's Chapter Two on February 4, 5 and February 10 to 13 and 17 to 19 at the Theatre Burlington Drama Centre. Tickets cost $11 to $22 and can be purchased by visiting theatreburlington.on.ca. It's directed by Michael Hannigan and follows George, a recent widower, suffering from depression and his younger brother Leo who gets him back into the dating scene.
Rose Theatre in Brampton presents Montreal jazz singer Nikki Yanofsky on January 21. The youngster is just 16-years-old but is already a two-time Juno Award nominee. Her debut album, 2008's Ella… Of Thee I Swing, garnered the youngster nominations for New Artist of the Year and Vocal Jazz Album of the Year. She also performed the anthem “I Believe” at the 2010 Olympic Winter Games in Vancouver. Tickets cost $48 to $68 and can be purchased by calling the box office at 905.874.2844.
At the Living Arts Centre in Mississauga, the all-woman comedy show Smash the Roof comes to town on January 22. It features the always-hilarious Debra DiGiovanni along with Sabrina Jalees and Nikki Glaser. Ali Wong serves as the host. Tickets cost $35 to $65 and can be purchased by calling the box office at 905.306.6000.
It will be a wild combination of comedy, music and technology when the Blue Man Group comes to the LAC for performances February 8 to 10. There are no words used in the show, but lots of expressive imagery and, of course, men covered from head to toe in blue paint playing unusual instruments. Tickets cost $44 to $100 and can be purchased by calling the box office.
If you're looking for something to do on Valentine's Day, the LAC is offering a production of Moulin Rouge by the Royal Winnipeg Ballet. The show tells the story of young lovers Matthew and Nathalie as they tempt the fates to find love at the infamous Moulin Rouge. Tickets cost $70 to $110 and can be purchased by calling the box office.
Over at Stage West Theatre, the popular musical Joseph and the Amazing Technicolor Dreamcoat continues until February 14. Opening on February 18 is Happy Days: A New Musical, which is based on the popular television show. Come and enjoy good times with Richie, Ralph Malph and Arthur “The Fonz” Fonzarelli. It runs until April 24. For show times and ticket prices, call 1.800.263.0684.