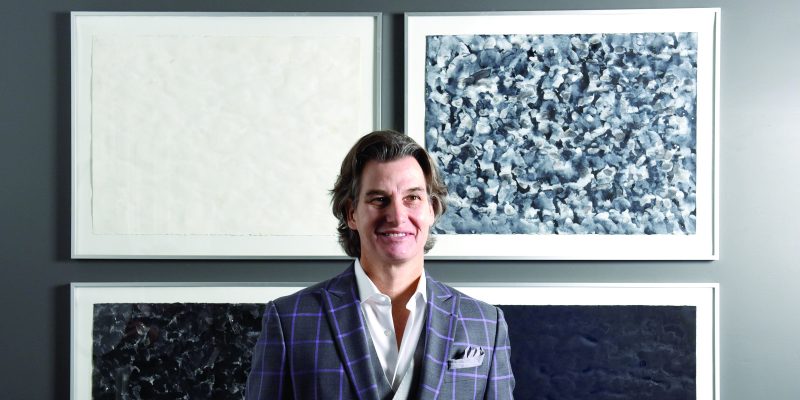 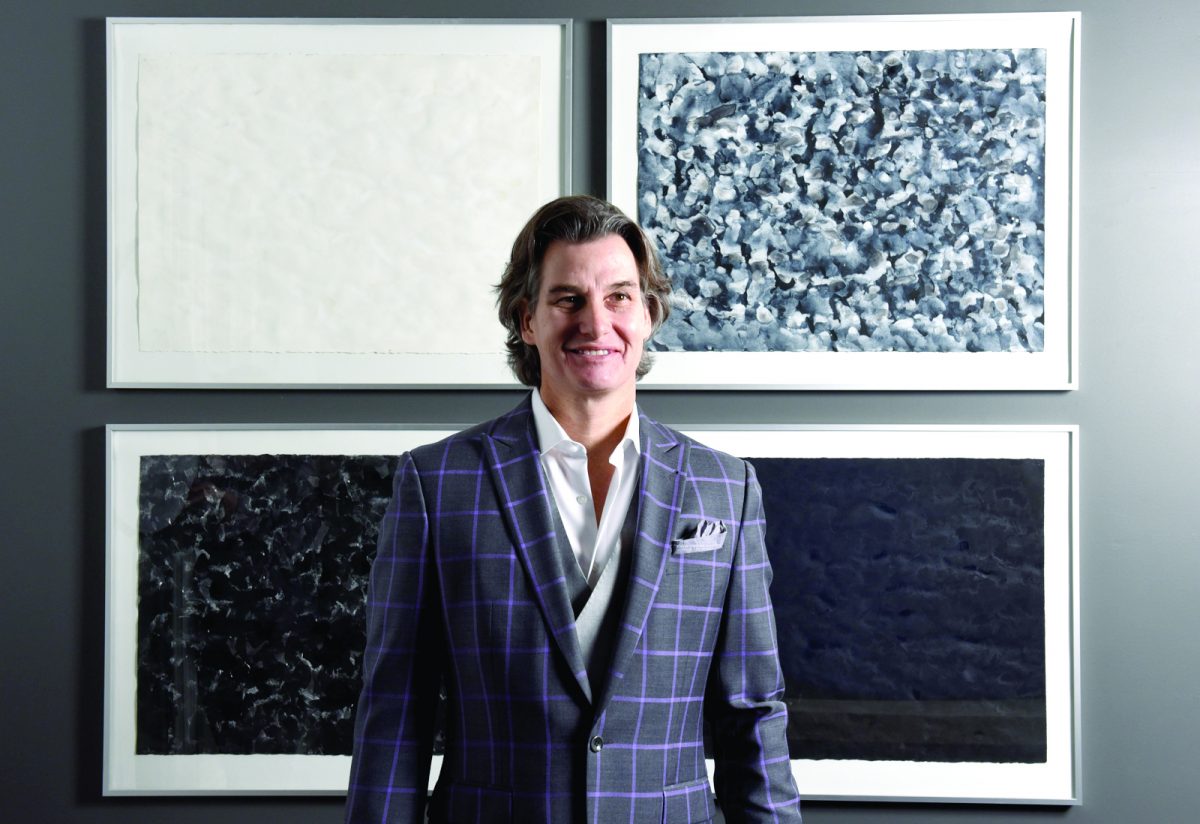 It’s safe to say that Sean Buckley wears many hats and garners plenty of attention at the helm of his international, award-winning production company. But as he sips coffee from his well-worn mug that reads “My Heart Belongs to Daddy,” it’s clear to see where the Oakville native’s number one priority lies.

The family-oriented man is raising four girls alongside wife Jennifer while simultaneously running his own business, Buck Productions — a content creation house that has been named to Realscreen’s Global 100 list of the top production companies in the world for the last five years.

When he’s not dressing up in green to wow audiences each year at the Oakville Santa Claus Parade as the Grinch, Buckley is rubbing elbows with A-list Hollywood actors and bringing stories to life on the big screen.

Sitting fireside in his favourite space of the house that he fondly calls the Poet’s Room, the busy father shared his insights with West on life in the fast lane of the film industry and the family that keeps him grounded through it all.

How did you get your start in film production?

I literally started in the business as a PA — I was responsible for the sugar content of a coffee or evenly spread cream cheese on a bagel. I came to the game late; I had graduated from Western, worked at Maclean-Hunter for two years and then travelled around the world for a year and a half by myself. So I’m coming into the game at the age of 26, and that’s challenging when you’re sweeping the studio floor with two 18-year-olds who are trying to break into the business. But anything in life that is worthwhile is going to require hard work. So Buck was a slow, organic growth, almost like a milestone-driven growth trajectory where I’d be working at a bar to pay the rent, get a gig working on a film or TV show, then slowly I would go out and personally finance something I could call my own — a Buck Production. While I started the business and built it, Jennifer has been by my side through the ups and downs that come with being an entreprenuer, especially in an industry as crazy and unpredictable as the film business. Without her and I being and absolute team, I don’t think either scenario would’ve succeeded, the family or the business. I feel blessed to have found the love of my life.

How do you balance your family life with the demands of Buck Productions?

Jenn and I were given a great piece of advice early on: if you both give more and expect less, you’re going to be OK. That’s something we’ve tried our very best to practice, and it’s a principle we’ve taught our children because we think it’s an important life lesson. It allowed us to weather some challenging times. There’ve been long, long hours for both of us. If I’m doing long hours building a business, Jenn’s doing long hours making sure that the most important thing, our family and our home, is thriving. It has been challenging at times, but really it’s because of this bedrock, this core strength that Jenn and I have as a team that gets us through it.

You have a very diverse portfolio that includes feature film, television, branded content, documentaries and commercials. Is there a particular production you’re most proud of?

There are so many pieces in our portfolio of work that I love for different reasons. I love Milton’s Secret because it’s got such a powerful anti-bullying message. I love Defendor because Woody Harrelson’s performance is just exceptional and I love the story. I love a project we’re doing right now called Change for a Dollar because we’re exploring micro-philanthropy as a social commentary; how micro-philanthropy, if truly harnessed the right way, can change the world. And I love films like WolfCop because he’s a werewolf cop — he’s Dirty Harry, only hairier. I’ve always felt that having a diversified content company is the only way to go, and as an artist, it allows you to work in such different lanes of storytelling.

What’s something most people wouldn’t know about you?

I’m really starting to mentor young film makers and creatives. I’m making more time in my schedule to do this and I’m really enjoying it. I’ve had great mentors and I think that’s important. There’s some incredible talent out there, and I’m thrilled to see some of it coming forward out of Oakville.

We’re sitting in the Poet’s Room. What makes this space significant?

The Poet’s Room is the most important room in the house because it’s where we as a family gather most of the time. It’s a place where we get away from all the distractions; it’s where we share and create our own life story together.