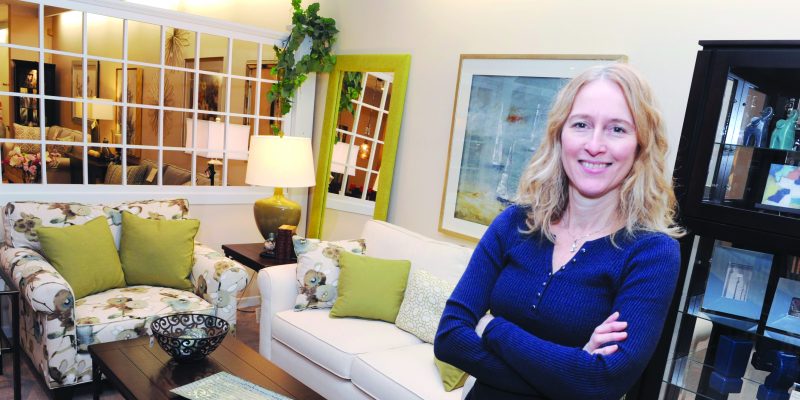 It’s a downtown Oakville landmark, a mainstay of the local furniture sales scene and has even been featured in a Disney movie.

One can certainly say that Swiss Interiors has left its mark on the community and beyond over the past six and a half decades.

The busy store opened its doors in Oakville in 1953, providing re-upholstery services to the community, and later started selling Canadian-made furniture. Now, celebrating the company’s 65th anniversary, the family behind the scenes is reflecting on the past with high hopes for where the future will take the business.

Sam and Betty Muller opened Swiss Interiors as a small re-upholstery shop after the two immigrated to Canada from Switzerland. As the couple began to realize the need for quality furniture, they grew the store into a furniture showroom. The storefront, always located downtown Oakville, was initially located on Church Street and later moved to what is now known as Lakeshore Road East, formally Colborne Street, in the 1960s.

Over the past 65 years the business has seen several changes, with the main one being the growth in furniture choices, said owner Carol Vesters, Sam and Betty’s daughter.

“We used to offer a few different styles with maybe six different fabric options. The customer would select their favourite and that was it,” explained Vesters. “Now there’s no limit to choices. We can personalize spaces much more uniquely.”

Vesters said although the store may look small from the outside, inside there are four floors of furniture to browse through. The family believes that furniture is something that needs to be touched, tried and customized to fit everyone’s personal tastes.

While reflecting on the years of success in Oakville, Vesters said there’ve been many fond memories to come from the business, but one stands out as her favourite.

“Our storefront was featured in the Walt Disney movie The Santa Clause with Tim Allen. It was a really clear shot of our storefront and every year at least one person mentions that they saw the movie and our store,” she said. “It was supposed to be small town USA, but everyone here knows there is only one Swiss Interiors.”

In the future, Vesters said she plans to continue sourcing quality Canadian products in the store. While Swiss Interiors has focused on selling Canadian products since the day the store opened, she feels it’s more important now than ever.

“Interest in domestic products is rising,” she explained. “Canadian-built furniture is by far superior to many of the imports, and just as importantly, is safe with all finishes and processes meeting the strict Canadian standards.”

To celebrate the milestone, Swiss Interiors plans to offer a prize to the customer who can produce the earliest bill of sale from the store. While the prize and timeline of the event have yet to be revealed, the family behind Swiss Interiors sees it as a fun event to celebrate their customers and many years of business.