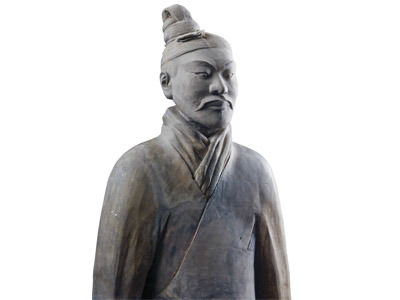 This exhibition at the Royal Ontario Museum showcases one of the most significant archaeological finds of the 20th century: the 1974 discovery, in China's northern Shaanxi province, of thousands of life-sized terracotta sculptures of Chinese warriors. These extraordinary figures, along with countless treasures yet to be uncovered in the elaborate underground tomb complex of China's First Emperor, were created during the Qin Dynasty, 2,200 years ago. The Government of China has confirmed the ROM as the Canadian national tour's organizing museum as well as its premiere venue.  This national tour, marking the first time the Terracotta Army has appeared in Canada, will encompass four venues nationally. Following the ROM's engagement, the exhibition will travel to the Montreal Museum of Fine Arts, Calgary's Glenbow Museum and Victoria's Royal BC Museum.