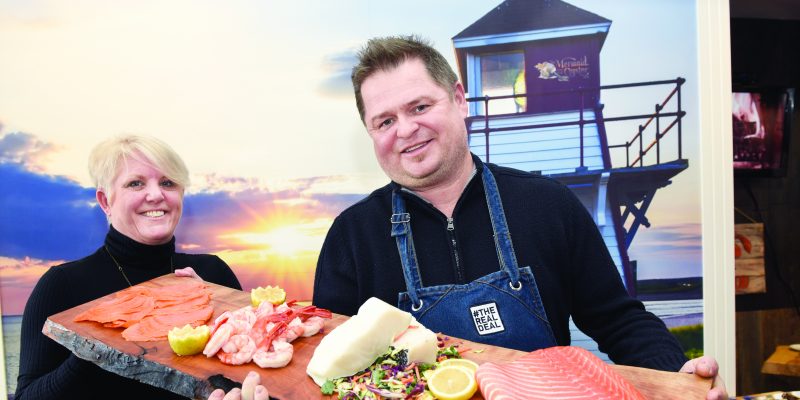 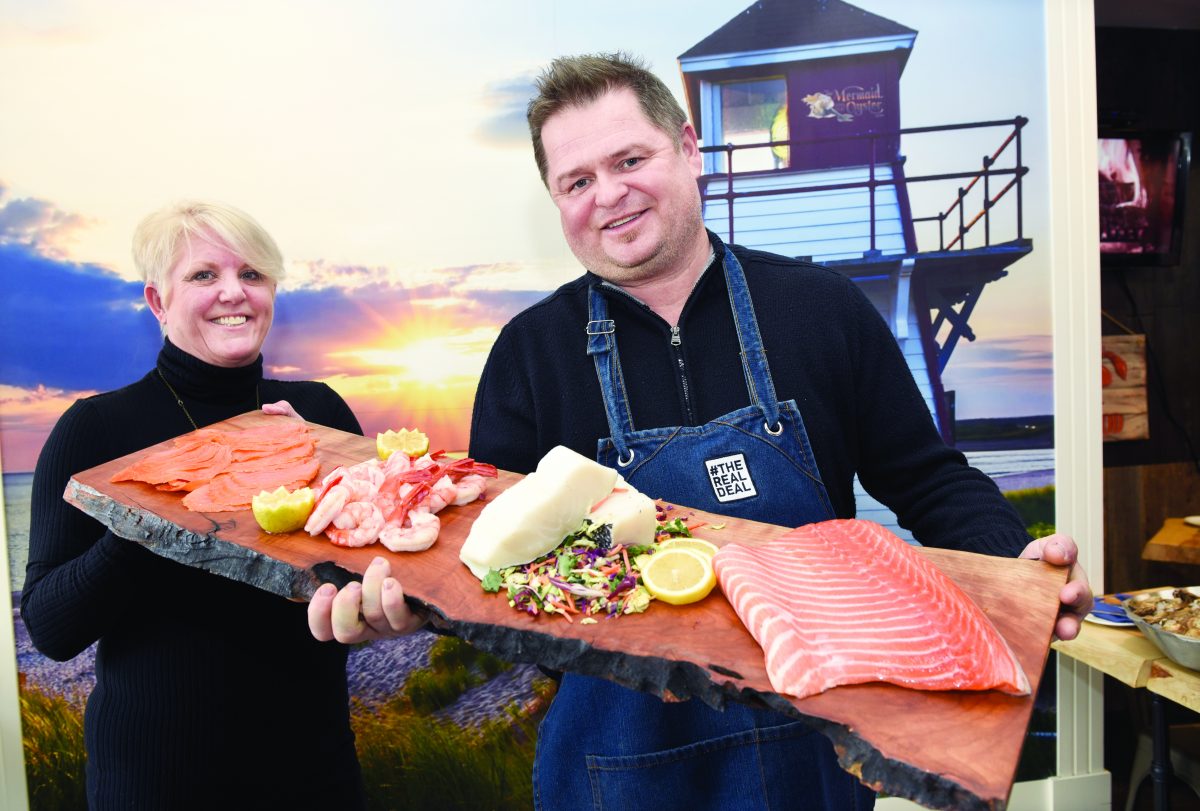 Eighteen years ago, Oakville cried out for fresh seafood, and The Mermaid and the Oyster answered that call. Now, almost two decades later and rebranded as The Mermaid on Kerr Street closer to the lake, Denise Glazier and Dean MacLean are still at it, this time providing an eat-in menu of fresh fish, classic lobster, oyster and scallop dishes to a loyal clientele, in addition to the take-out fish market fare that made their reputation.

Fresh is the name of the game. “We get all our fish in daily, already filleted with the heads and tails cut off so there’s no fishy smell in here,” Glazier says. “And when we run out, we run out that day.” This includes a live lobster tank, fresh oysters (which they are known for) and some frozen lobster tails, both East Coast and Cuban — an unusual find in this area. Everything on the menu is made in-house daily, including the very popular Mermaid Chowder and Lobster Bisque.

Most fish sold at The Mermaid is Canadian, from East Coast Canada, and so is Dean MacLean, professional oyster shucker and shellfish expert who grew up in PEI. MacLean can shuck up to 450 oysters an hour and has the competition awards to prove it. He’s also excited to teach anyone interested, so who better to ask about fresh shellfish, especially oysters
and lobsters?

What should people look for when selecting a lobster from a tank?

First, is it an Atlantic lobster or a Maine lobster? Atlantic lobsters are hard-shelled and Maine lobster are soft-shelled and filled with more water. If you crack a claw and a lot of water comes out, you’ve paid for water, especially if you bought the lobster by the pound. At The Mermaid, we stick to Canadian Atlantic hard-shelled lobster. To tell which it is, pick it up between the body and tail. If you can pinch it slightly, it’s Canadian. Fresh Canadian lobster is available all year, except for two weeks when the lobsters are molting. Also, look for a lively lobster that’s moving, not limp. Finally, select one with a firm shell because that means it’s full of meat, just prior to molting. A recently molted lobster has more water in it. The best lobster to find is a one with barnacles on it — that means it’s an old shell.

What’s the most humane way to cook a live lobster?

Drop the lobster, head first with bands off, into rapidly boiling salted water. It kills the lobster instantly.

What’s the difference between a Canadian lobster and a Cuban lobster?

What’s the number one mistake people make when shucking oysters?

Do not shuck oysters without a proper oyster knife — that’s when accidents happen, and you end up with a trip to the hospital. Don’t use a kitchen knife or a screwdriver; use a proper oyster knife and even a board. Use a cloth to hold the oyster, rest your hand against the board, insert the oyster knife below the hinge and wiggle the knife back and forth in one place, wedging the shell open. Do not slice sideways. Open the hinge. Oysters are bivalved, so you need to cut the oyster from the shell in two places. It should smell like nothing but the ocean, like salt water. Fresh fish should never smell fishy — that’s how you know it’s fresh. We teach people how to properly shuck oysters, either at the store or at special events when we’re hired to provide the oyster bar. We do about 350 oyster bars a year and are the only ones in Oakville, as far as I know, who do that.

What should people not do when serving oysters?

Don’t smother them with a lot of sauce. A dab of lemon, horseradish (freshly grated) and Tabasco — one of each — is enough. The oyster should taste smooth and silky (not slimy). For people who like oysters, a dab of lemon is often enough. When people say they don’t like oysters or are trying them for the first time, I add more lemon to make the flavour more familiar. Also, don’t shuck the oysters too soon. Rubbery oysters are old oysters; they are losing moisture and starting to die. You should consume an oyster within two to three hours
after shucking.