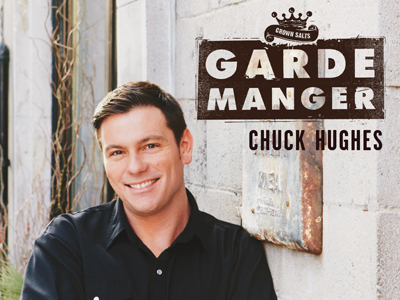 Montreal's Chuck Hughes, star of Food Network Canada's Chuck's Day Off, won the silver award for Garde Manger in the French-language cookbook category of the 2011 Canadian Culinary Book Awards. Now released as Hughes' first-ever English-language cookbook, those of us who are not bilingual can finally revel in the wondrously laidback culinary masterpieces seen both on television and tasted in person at Garde Manger restaurant in Montreal. Unique dishes like Lobster Poutine accompany homemade works such as Hughes' mother's famous Pecan Pie. The chapter titled “Amaaazing!” includes 19 dishes Hughes describes with the expression used when “a culinary expression surpasses my expectations.” Beautifully photographed, inspired by local ingredients and a passion for cooking with and a laid back mentality.