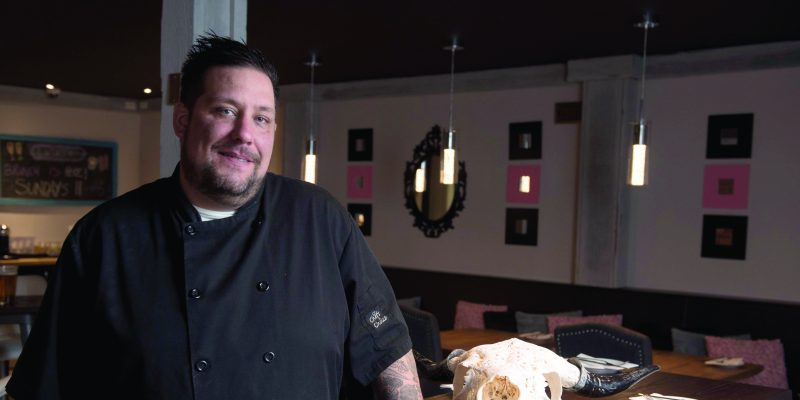 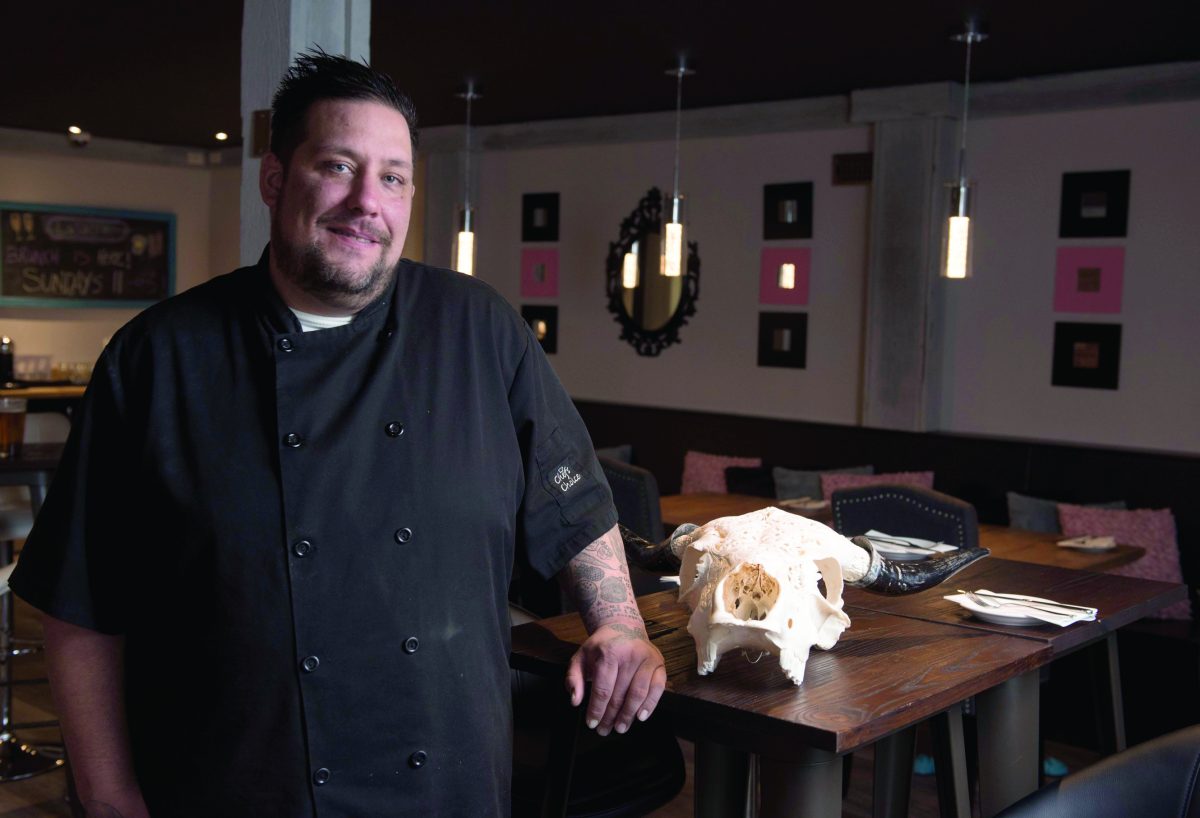 Among the restaurants lining the John Street/Lakeshore area in Burlington is a relative newcomer that’s impressing customers with its casual décor and innovative cuisine.

LaSalle Restaurant is the brainchild of chef Adam Baxter, and for the past six months his unpretentious bistro has allowed him the chance to finally try out his own ideas and put his stamp on the local restaurant scene.

Baxter, 41, who has worked in restaurant kitchens since the age of 13, gained his experience at such local establishments as Spencer’s At The Waterfront and Honey West. He also worked at the Empire Grill in Ottawa’s Market district. He was born in LaSalle, QC, but moved to Burlington when he was very young. He enjoys the supportive atmosphere among local restaurateurs — something he says he could not find when he worked in Toronto.

“I’ve been able to rely on friends in the industry and in the community,” he says. “I have a coalition of friends who are chefs. There is competition among us, but we all want other people to succeed.”

Baxter is quite literally living the dream, having always aspired to have his own restaurant. “The top restaurants in the world are all chef-owned,” he reasons. “I cook the stuff I want to cook so I can present it to my guests. I have a clean slate to work from.”

Starting up the business was a family effort, with his sister and father helping with the décor. The restaurant is named in honour of his late mother’s home town.

It’s hard to pin down the style of his cuisine, Baxter says. “I don’t like being pigeon-holed. We serve French-inspired bistro fare, and I change the menu every three to four weeks. So far, I’ve had a very positive reaction from a core group of regular customers.”

Being his own boss allows Baxter to push some boundaries. “For instance, we serve foie gras and beef tartare. Foie gras was banned in Los Angeles, but I have the freedom to serve what I want. I also feature duck and scallops. I like to think my customers will find or taste something they won’t find anywhere else. In my view, the right food and the best techniques result in love on the plate.”

That attitude was evident in the meal I had when I dined at LaSalle. I chose the gnocchi with roasted squash, sweet potatoes, root vegetables, Brussels sprouts, and brown butter and Parmesan cream. I can’t remember the last time I was served Brussels sprouts in a restaurant, and it was delicious. The recommended wine was a Mission Hill chardonnay.

As I dined, Baxter was busy in the open kitchen, but I saw him occasionally come out to speak to diners in his establishment. I could hear others in the restaurant speaking favourably about their dishes, evidently agreeing with my assessment that Baxter certainly knows what he’s doing in the kitchen.

LaSalle seats 34 and appeals to a broad range of customers. There are eight seats at the bar, where people can wait for a table to become free. The restaurant is open from 4 p.m. to 11 p.m., and reservations are recommended.

The restaurant serves craft beers and features Canadian wines in its lineup of beverages. It also serves California and European wines.

Baxter’s sources of produce are the Hamilton Market and the Burlington Mall Farmers’ Market. His goal is to serve food in season and to focus on local produce to provide the best to his customers. So far, his efforts seem to be working.

“The positive feedback inspires me to be better,” he says. “I wake up every day with a smile on my face. I’m living my dream.”