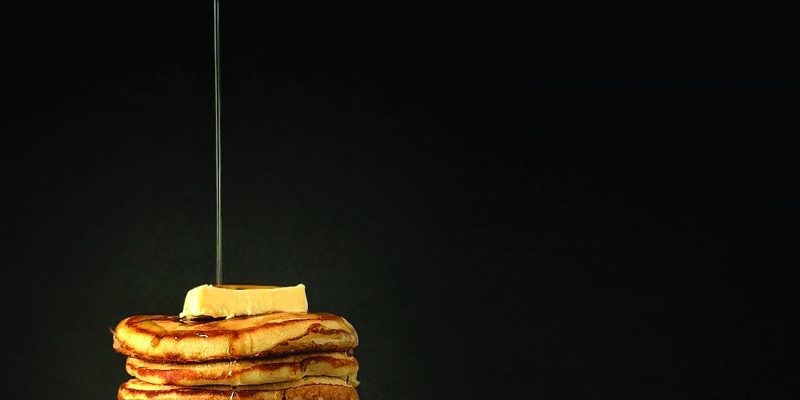 Food bloggers looking for a new quintessentially Canadian angle may want to consider flaunting maple syrup as the next hot superfood.

Maple syrup clearly hits all the right markers for such exalted status: great nutrients, widespread appeal and uses, and an age-old mythology that gives the golden elixir a near high holy status in the shrine of fabulous flavours.

Despite its appeal, there’s really nothing new about this distinctive pancake syrup that food influencers claim as the next up-and-coming contender. While tree sap has been boiled in kettles housed in Ontario and Quebec sugar shacks for centuries, its time may be about to happen in popular culture. So let’s do something patriotic and give it a hand as it works to out-muscle pumpkin spice as the next hottest flavour trend. 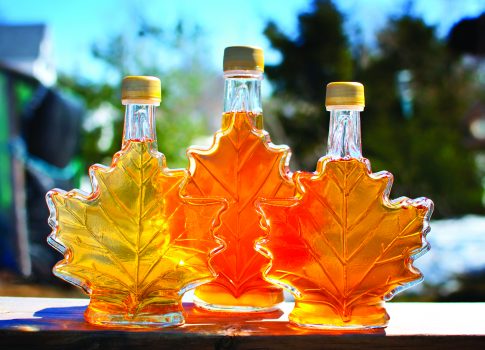 There’s nothing like the sweet taste and scent of maple syrup, but did you know it has dozens of other functions besides sweetening waffles and pancakes? Since you can substitute maple syrup for the sugar in most recipes, garden-variety roasted pork, salad dressings, cinnamon rolls and baked beans may be no more.

“I have not yet met a maple syrup I didn’t like,” says Bartley. “I choose maple syrup instead of white sugar because it’s local and that means there’s less environmental impact.”

She also enjoys topping flatbread with mozzarella cheese and then drizzling a maple syrup reduction over top, as well as using it as a marinade for fish and in pies.

But try to describe the flavour of maple and it may leave you speechless. Bartley says it compares to wine in that it also contains phenolic compounds and flavonoids, and that its taste comes from its terroir, which are particular flavours imparted thanks to the environment in which it’s produced. Common descriptors include caramel, woodsy and vanilla. According to Agriculture and Agri-Food Canada, a flavour wheel was developed from a list of 250 reference characteristics to help describe the flavours in maple.

Whether you can describe it or not, maple is clearly gaining ground as a budding old-is-new-again flavour. It’s been introduced in a wide range of food and drink products, from granola, yogurt and potato chips to liqueur, flavoured waters and beer.

“I think it appeals to us because we figure it’s truly Canadian,” says Sheila Wiebe, a marketing and education specialist at Bronte Creek Provincial Park, which has its own annual maple festivities in March.  “As Canadians, we feel a kind of ownership to it. I grew up in this area and thought maple syrup was everywhere, but there’s only a small portion of the world that can produce maple syrup. We have that heritage of maple syrup production in Canada that meant a fun family time and a lot of work in the springtime that resulted in sugar and syrup at the end of the process. What’s not to love?” 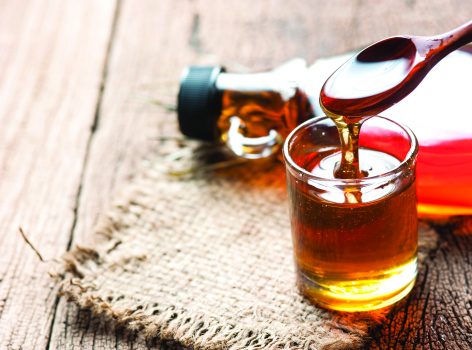 Made from the sap from red, sugar or black maple trees, the amber elixir is native to a relatively small geographic area in Canada and the US, known as the Maple Belt. It spans from the Midwestern United States through Ontario, Quebec and New England and into New Brunswick, Nova Scotia and Prince Edward Island. British Columbia, Manitoba and Saskatchewan also produce some syrup.

Canada’s aboriginal peoples taught early European settlers how to harvest sap and boil it down to produce maple syrup. Canada produces the majority of the world’s syrup, with estimates running in the 70 to 85 per cent range.

Maple syrup is an excellent source of manganese and a good source of zinc. If heart health is important to you, you might want to consider switching to maple syrup for all your sweet dietary needs. Zinc not only acts as an antioxidant, it also helps decrease the development of hardening and narrowing of the arteries. It’s also believed the presence of manganese helps with the levels of good cholesterol. The combination of these two trace minerals is also said to support the immune system. Other important nutrients include potassium, thiamine, calcium, iron, magnesium and riboflavin.

There are a good number of local spots to tap into the sights, smells and tastes of Ontario’s maple season, with some beginning as early as late February and going well into April.

The Crawford Lake Sweet Water Season is an historic festival just outside Campbellville that’s geared toward our nation’s heritage of indigenous sugar making. There you’ll find samples of taffy on snow and learn how maple sugar may have been made in a longhouse village over 600 years ago. 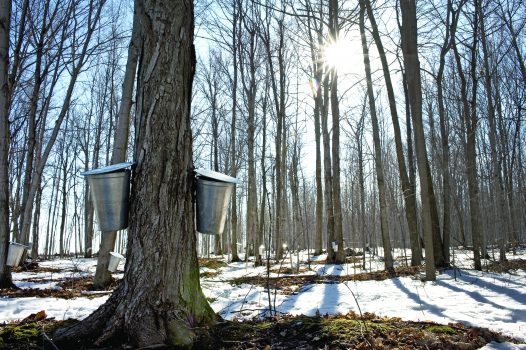 There are a handful of local producers that sell home-grown maple syrup products. Try Martin’s Sweet Farm in Campbellville, the Maple Tree Farm in Ancaster and Dutchman’s Gold in Carlisle.

Undeniably at the centre of our cultural identity, maple is a flavour whose time has definitely come. Although as true-blue Canadians we’ve always known it was worthy of wider attention, it will be interesting to watch it flourish. And who knows, it could even out-rival pumpkin spice as the next ubiquitous flavour, showing up, as pumpkin did, in all suitable and not-so-suitable places. Anyone up for maple margarine, lip balm
or vodka?