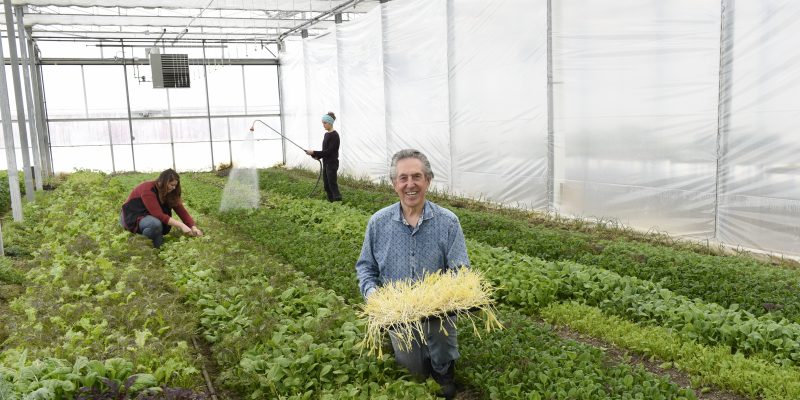 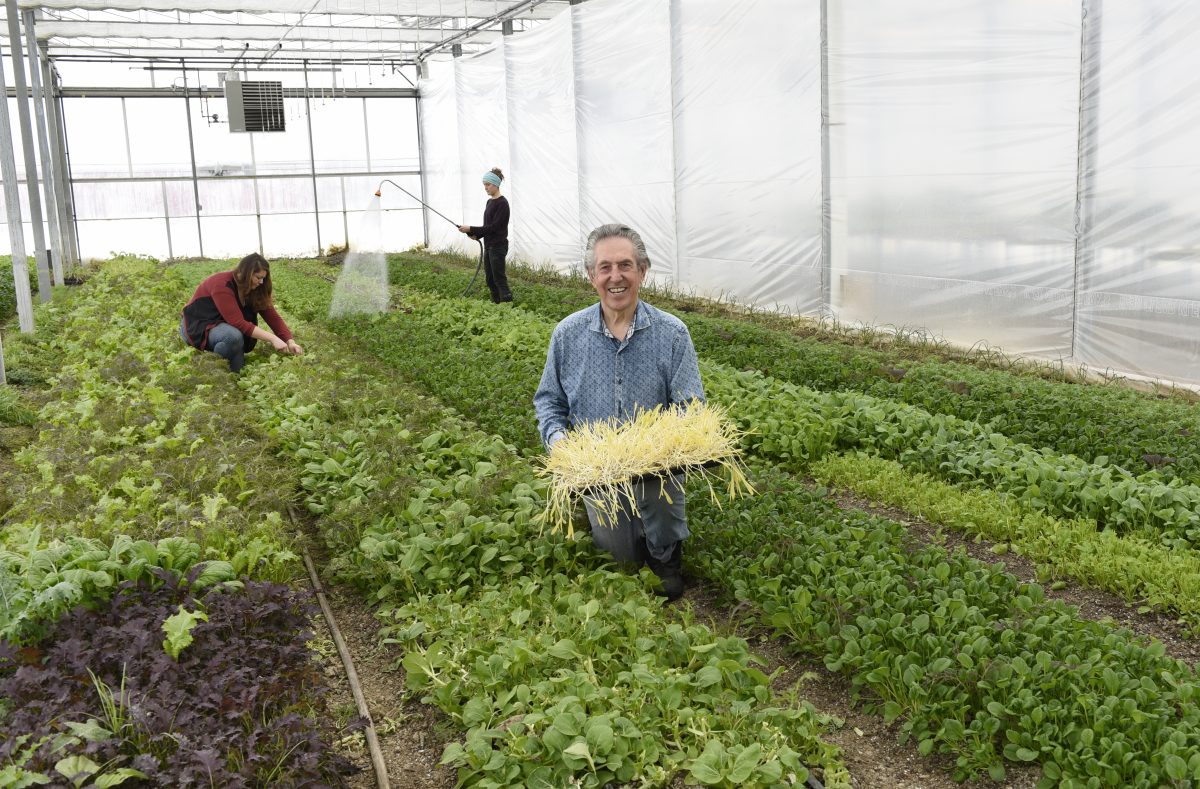 Mario Roque has a vision for his Binbrook farm nestled smack dab in the middle of protected agricultural lands. And though the Hamilton-based home builder bought the land in the ‘70s for his father-in-law to enjoy, today his dream is to transform the property into a Garden of Eden.

“I see the future,” the 74-year-old Roque says quietly during a phone interview from his home in Ancaster. “I’m a bit of a visionary.”

While those statements may sound lofty, Roque swears he’s not in the health and wellness business for money or acclaim. In fact, his desire to help others has been there all along. A successful custom home builder, Roque has come a long way from his childhood in the Azores, Portugal where dirt floors, lack of electricity and bare feet were normal living conditions. It’s time to pay it back.

“I always thought what do I need all this money for,” says Roque, whose son now oversees the home construction business, Liv Communities. “How much more do you need? It’s about ego and I’m not interested in that. I want to humble my ego and not grow it.”

The centrepiece of Roque’s vision is Paradise Fields, a 64-acre farm, with forests, ponds, and an environmentally sensitive area. The crown jewel will eventually be an agri-tourism and wellness centre in a secluded part of the farm. A state-of-the-art greenhouse was recently completed on the property allowing for year-round production in optimal growing conditions for micro greens and other nutrient-dense organics. And last year, Roque finalized construction of a 6,000 square foot barn that houses walk-in coolers, a processing room and an organic health food store.

With a focus on physical, emotional and spiritual health, Paradise Fields has already begun programming, running a health overhaul program as well as one that helps reverse anxiety and depression. Programs are led by naturopaths, nutritionists, therapists and counsellors. Roque’s plan will focus on information, education, prevention and the reversal of disease.

At the heart of his philosophy is a diet based on pure, nutrient-dense organic foods. The farm cultivates 20 acres that includes 9,000 apple trees bearing 50-plus varieties of apples, some pears, and a few plum and pawpaw trees – North America’s largest native fruit that is tropical in flavour. Five acres is dedicated to vegetable production and two acres for a variety of berries including haskaps, sea buckthorn and hardy kiwi berries – all chosen for their high nutrient value. Sea buckthorn, for example, has all the omega compounds as well as over 170 micro and macro nutrients and is used in natural medicine and in makeup for skin improvement.

The Farm Store on Golf Club Road in Binbrook has limited hours especially during winter, but those interested in trying its produce can purchase online or at other retailers such as Goodness Me, Dundurn Market, Nature’s Emporium and many other health food stores in the GTA.

Although a believer in conventional medicine and science, Roque is steadfast that the cure and reversal of many modern diseases will never be found in a laboratory. “There is a cure,” he says. “It’s called prevention and reversal through scientifically proven lifestyle methods of living of which food is only one of its ingredients. If you’re eating processed foods, GMO, diseased animals with antibiotics and growth hormones guess what your health is going to be like? One of the greatest dangers in food today is that it gets sprayed with toxins such as herbicides and pesticides and much of it is genetically modified.”

Paradise Fields fully mineralizes its soil in an effort to grow fruits and vegetables that are packed with nutrients. In addition, it uses regenerative agriculture practices which is a system of farming that rehabilitates and improves the ecosystem by placing a heavy premium on soil health, water management and organically approved fertilizer enhancers.

“Most soils contain only 10 to 20 minerals,” explains Roque. “Our soil contains all 92 of the world’s known minerals and trace minerals, which then get absorbed into the produce we grow.” Some of the Ingredients added to develop this enriched soil are dehydrated seawater, B.C. glacial rock dust, New Brunswick Huplaso rock dust, electrostatic charged biochar from Washington State and a good deal of compost tea, which is made in large quantities on the farm.

A humanitarian whose philanthropy extends to Third World countries, Roque credits a good friend and a higher power for guiding him on his current mission to bring health to his home community. It was about five years ago, when his friend, who was chronically ill with a multitude of health issues, sought healing at a retreat in Alabama.

“While there he called me and said Mario you should start one of these places up there. I said no thank you, I’m busy enough.” But a trip to Florida that year would spark a change of mind. After hearing a speaker talk about nutrient-dense food, Roque became transfixed.

“I felt I had no choice but to start this,” he recalls. “It’s a lot of work and there have been some frustrations with it and growing pains. And I thought, ‘I used to hate farming.’ But I felt I was divinely inspired to do this.”