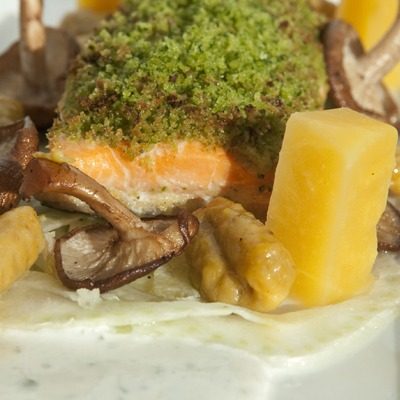 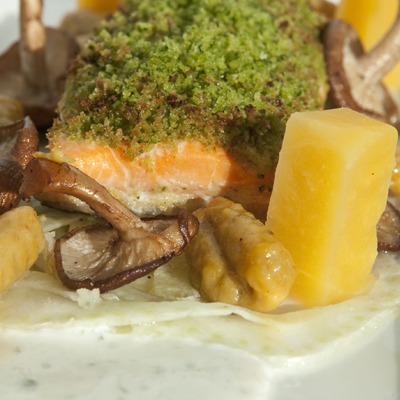 Mix the herbs and panko in a bowl and put the mixture in a food processor. Turn on the food processor and add slowly the olive oil to the herb mixture until it becomes a thick paste remove form the blender in a bowl and add the salt and the pepper for taste.

Slice the fennel very thin on a mandolin. Mix the apple syrup, apple cider, lemon zest and peppercorns in a bowl and add the thin sliced fennel, season with salt. Set aside.