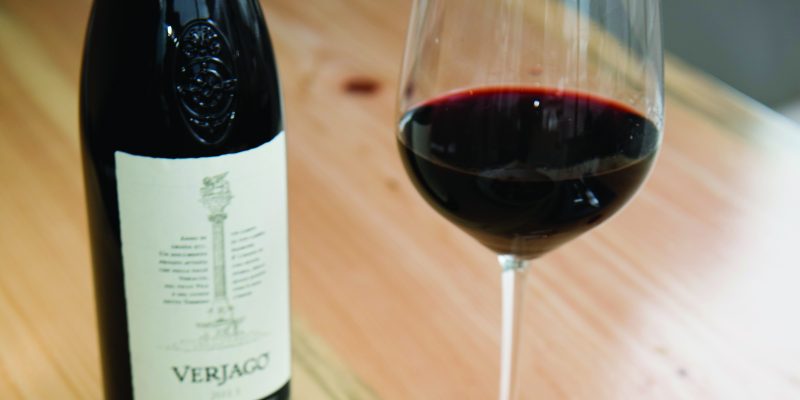 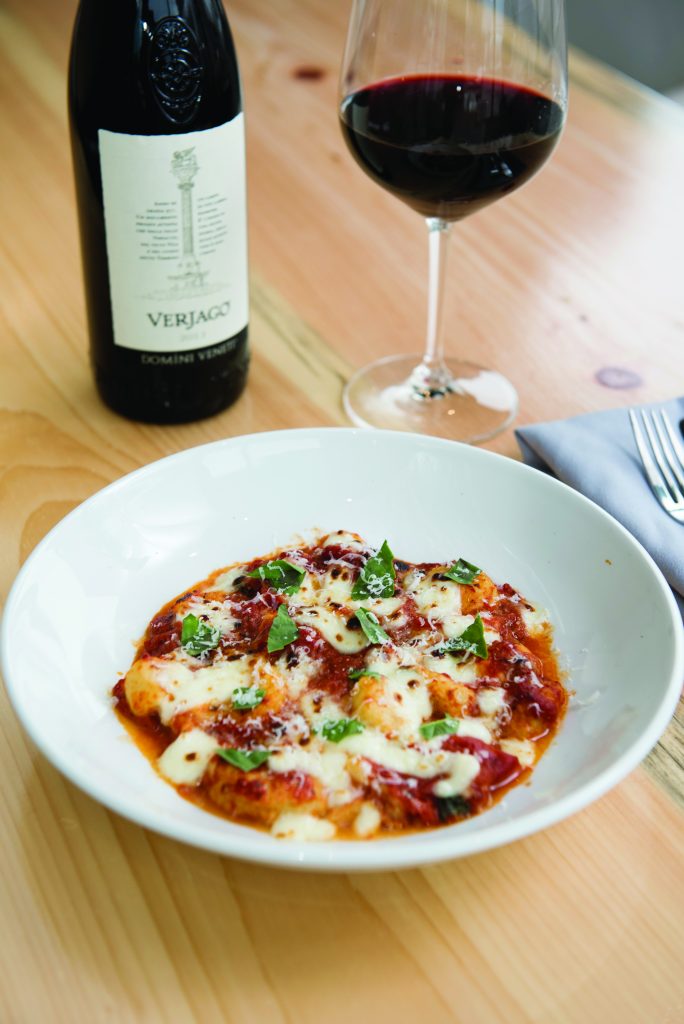 What’s the best time to write a love letter? After a cocktail, of course. Better if it’s a Posta Love Letter – the signature cocktail of Posta Italbar Cucina, Mississauga’s newest restaurant along the lakeshore beside Port Credit’s recently remodelled historic post office – hence the Posta name.

The gin-based Posta Love Letter comes with an envelop coaster, and inside is a postcard ballot customers fill out to win a trip back to this open-concept restaurant with pizza station, open kitchen, and private wine room encased by plexi-glass walls filled with Posta-labelled bottles. Then spread the love by mailing one of Posta’s black and white postcards to someone with whom you’d like to share a signature cheese and charcuterie board, homemade pasta bowl or oven baked pizza.

Celebrating something? There’s nothing like this table-side event: Posta Parmigiano Wheel for Two – fresh pasta made daily in house or risotto tossed in a wheel of three-year old parmigiana-reggiano.

And if sampling the Salumi E Formaggi charcuterie wasn’t enough, mixed pizza and pasta platters are in the planning – select three of either and share. Summer time expands the seating capacity to 400, thanks to an outdoor lounge and seafood ice bar.

At Posta, hip meets heritage and casual meets quality … in-house quality. Scratch preparation is key from gnocchi to bar simple syrups, and even desserts thanks to dedicated pastry chef Kate Cooper. There’s tiramisu and panna cotta of course, but Posta Nocciola Chocolate Bar is a rich truffle-dense square with raspberry coulis that hits all flavour notes.

Everything is made in-house, says Mark Brown, Posta executive chef. He was attracted to this project thanks to a shared vision about Italian cuisine.

“Italian food is simplistic but never simple,” Brown says. “There’s a depth of flavour, and starting with quality ingredients is essential.” For instance, Brown and his team tried at least 10 different types of tomatoes for the pizza sauce before selecting one that balanced with the spelt-based dough. The devil is in the details – and proteins.

Meat for Posta’s ‘charcuterie program’ is even cured here and if you want tomorrow’s groceries, take home a portion or two from the fridge at the front door.

Brown orders entire animals from regional farmers such as Seed to Sausage in Ottawa. Products from Stratford’s Monforte Dairy and Glengarry Fine Cheese have found their way onto the three or five sample cheese boards alongside their Italian cousins.

“Traditional Italian food doesn’t mean everything comes from Italy,” states Brown, who studied in both Italy and Rome. “Italian cuisine is about food from local regions.” So Brown sources product from Ontario as well as abroad. “A chef I studied under believed if you can get it better down the road, you should buy it from there.”

Although traditional Papardelle Bolognese beef ragu is the most popular dish on the menu (the secret is chicken feet wrapped in cheese cloth add body to the sauce), Brown lights up when describing the fried floi di latte, sausage that’s fermented rather than dried creating a pate. It’s the base of the appetizer Nduga in Carozza inspired by Roman street food.

“No one makes better proteins than Chef Brown,” says co-owner Marco Mastrangelo, whose restaurant industry pedigreed almost guarantees this venture long-term staying power. “We want it to be a destination for visitors to the area,” he says, “something you can’t find elsewhere unless you come to Port Credit.”

Posta is a concept visualized from the ground up (literally, during construction) by the team of investors with decades of industry experience between them.

The Dip boys have arrived in Port Credit.

That’s right. Brothers Rocco Mastrongelo Jr. and Marco Mastrongelo, who grew up in their father’s iconic Cafe Diplomatico Restaurant along Toronto’s College Street now celebrating 50 years in business, are two of the masterminds behind Posta, along with third partner Moses Sabatino.

But this isn’t The Dip. It’s Posta Italbar Cucina behind the historic post office building along Lakeshore Road East. The atmosphere is bright, vibrant and youthful. Regional Italy plays a role, but as menu inspiration and specials. Each month features a different region with a four-course price fix option and theme-based additions inserted into the main menu.

Want to influence the Posta’s next entree list? Select your favourite from the month’s regional-themed menu often, and it might end up on the main one permanently. If that’s not enough, Posta is open for Brunch on Sundays and plans a line up of live entertainment select evenings. Now there’s something to raise a Love Letter to. Salute!